Early drafts of the Afghan 'rape' law were even more oppressive

Montreal-based organization helped change some of the most outrageous provisions of the family code. 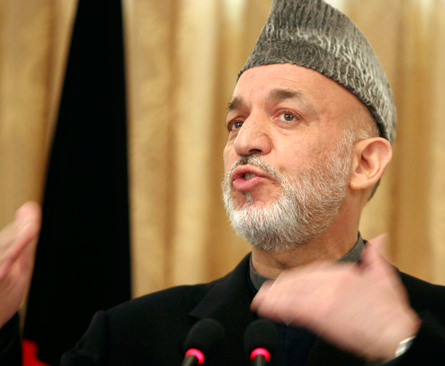 A controversial new law restricting the rights of women in Afghanistan could have been even more draconian but for the efforts of local activists and a Canadian human rights organization. The new family code for the country’s Shia minority, which was rammed through parliament last week, has sparked international outrage for its endorsement of marital rape. The wife “is bound to preen for her husband as and when he desires,” says article 132, and the husband “has the right to have sexual intercourse with his wife every fourth night.” But draft copies of the bill, which had been circulating in Kabul for six months, originally set the legal age for Shia girls to marry at nine, automatically stripped divorced mothers of custody as soon as girls turned two, and boys seven, and legalized “family-style” polygamy, allowing husbands to wed their wives’ sisters and cousins.

“It’s really absolutely out of control, the way politics brought this all into play,” Alexandra Gilbert, a project coordinator for the International Centre for Human Rights and Democratic Development, says from the Afghan capital. “It’s a very scary precedent.” The federally-funded, Montreal-based organization and its local partners spent months lobbying the government and parliamentarians to change the most outrageous provisions of the family code. They succeeded in watering down 10 of its 200 articles, including the marriage age, which was brought in line with the standards of the country’s civil code, 16 for girls, and 18 for boys. The age at which fathers get custody has been raised to seven for girls, and 15 for boys. But the quick passage of the law—widely perceived as an effort by President Hamid Karzai to woo ethnic Hazaras, a Shia Muslim minority who will be crucial swing voters in the August elections—has enshrined a whole host of other affronts to women’s rights. An example is an article that forbids Shia women to leave the house without the permission of their husbands or fathers except under unspecified “exceptional circumstances.” “This is going to severely limit women’s access to public life, school and work,” says Gilbert.

Palwasha Hassan, a women’s rights activist and social worker who heads up the Montreal centre’s operations in Afghanistan, says the Karzai government appears to be backing away from the law in the face of enormous international pressure. In an interview today with the CBC, Lawrence Cannon, Canada’s foreign affairs minister, said the Afghan foreign minister told him the law has been set aside and will undergo further review.

But the struggle against “Talibanism” is a daily one. “The more conservative groups are very powerful in the parliament,” she says. “And the gains that have been made for women are very fragile.” Since 2007, her project, funded by the Canadian International Development Agency, has been pushing for the adoption of a new equitable family law and a national marriage contract. But building a consensus among Afghan parliamentarians, jurists, religious authorities and human rights groups has been an arduous task. The Karzai government has a women’s affairs ministry and 89 of the 351 members of parliament are female, but given the precarious security situation, women’s rights are far down the priority list. A felicitously-timed international conference on family law reform and women’s rights begins Monday in Kabul, and Hassan hopes it will help sharpen the debate.

But activists are already girding for the next battle—the continuing efforts to bring the so-called “moderate” Taliban to the negotiating table. “Afghan history teaches us that whenever politics changes, it is the women that end up sacrificing,” says Hassan. “That’s why we’ve been lobbying to be included in the process. We’re afraid of what compromises may be made.”