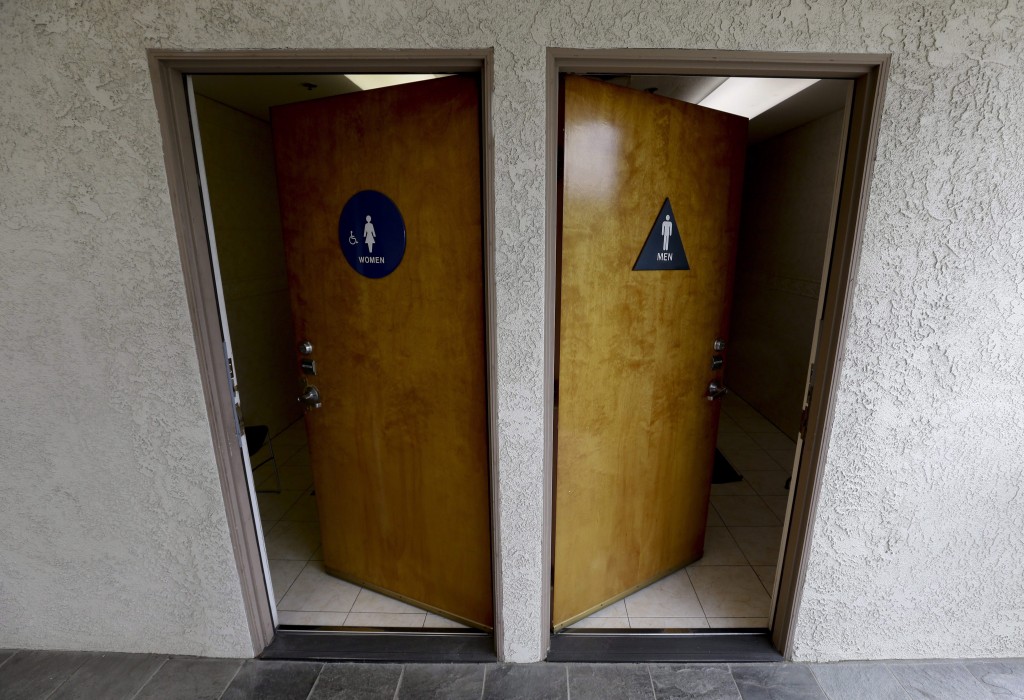 Police arrested 11 protesters late Monday afternoon after authorities say they burst into the office of the House clerk demanding a meeting with a legislative leader to discuss the law, which also directs transgender people to use public bathrooms aligned with the sex on their birth certificate.

The protesters were among hundreds who participated in a rally led by the state NAACP on the Bicentennial Mall calling for a repeal of the bill and for Republican Gov. Pat McCrory to withdraw his support.

Representatives from LGBT advocacy group Freedom Center for Social Justice, local synagogues and churches said the bill, which also prohibits cities from passing their own minimum wage increases and limits how people can sue for discrimination in state courts, targets protected classes like women and minorities.

“We will fight them in the courts, we’ll fight them in the ballot box, and we’ll put our bodies on the line to oppose one of the most underhanded, devious and unconstitutional pieces of discriminatory legislation ever passed in North Carolina history,” said Vicki Ryder, a member of the activist organization Raging Grannies.

A larger rally three weeks ago at the opening of the General Assembly’s session ended with the arrests of more than 50 people inside the Legislative Building.

Backlash against the wide-reaching law compounded on several fronts Monday as the American Civil Liberties Union filed court papers asking a judge to stop the state from enforcing the law while several lawsuits are making their way through courts.

The federal government responded with its own lawsuit, saying the law amounts to “state-sponsored discrimination” and is aimed at “a problem that doesn’t exist.”

The Justice Department is also seeking its own court order declaring the law discriminatory and unenforceable.

The advisory board to the Greensboro Coliseum Complex _ where Cirque de Soleil, Boston and Bruce Springsteen have cancelled performances in response to the bill _ also pleaded with McCrory to reverse his position in a May 12 letter released to the media Monday. The letter says the coliseum and city of Greensboro are already “experiencing economic difficulties of unprecedented proportions” with hundreds of part-time workers losing shifts as the venue struggles to attract top performers and organizations who oppose the law.

McCory isn’t the only governor supporting limits on protections for lesbian, gay, bisexual and transgender people.

In Tennessee, Republican Gov. Bill Haslam, who opposed a transgender bathroom bill there, spoke out against a directive by President Barack Obama’s administration that public schools must allow students to use facilities consistent with their gender identity.

Haslam said in a statement Monday that he disagrees with what he called a “heavy-handed approach.” The governor said such sensitive issues should be handled by local school boards _ and not by the state or the federal government.