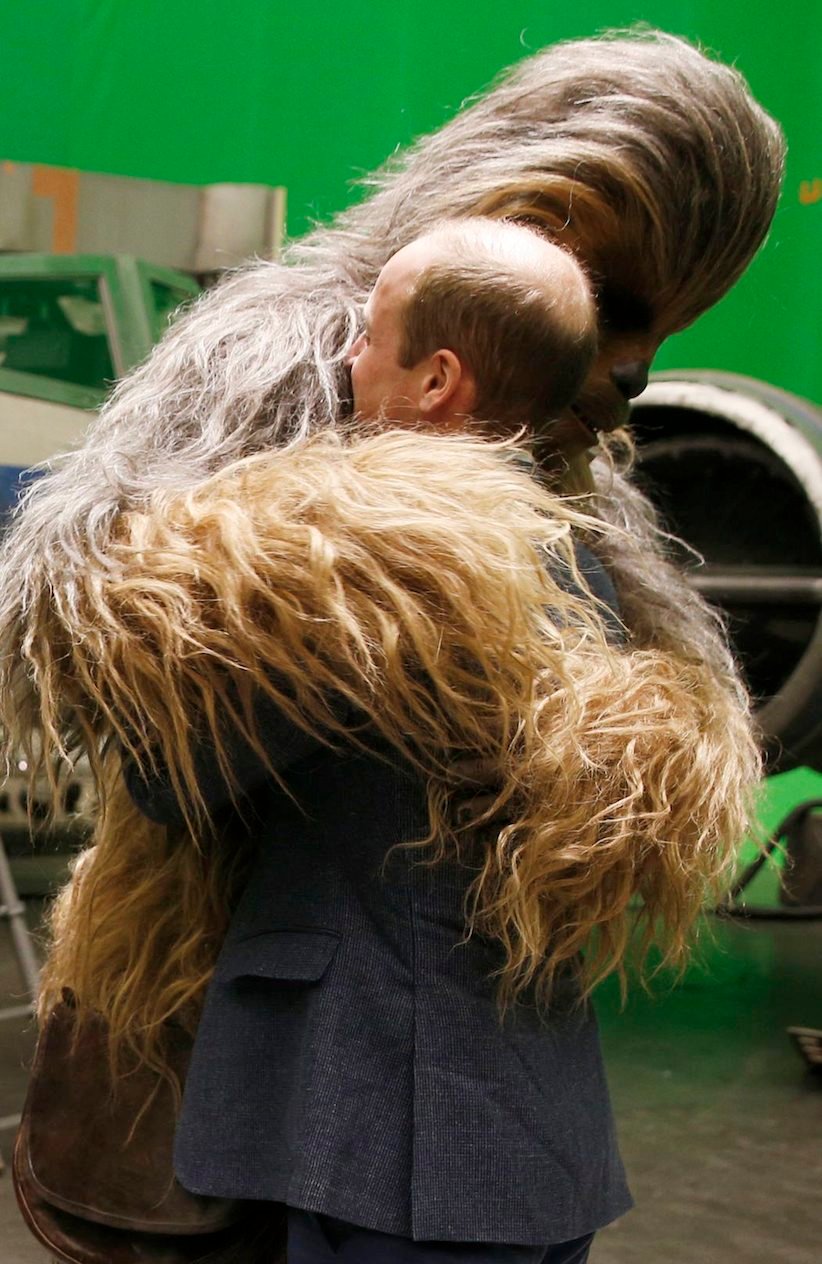 Britain’s Prince William, gets a hug from the Star Wars character Chewbacca during a tour of the Star Wars sets at Pinewood studios in Iver Heath, west of London on Tuesday April 19, 2016. (Adrian Dennis, Pool via AP)

LONDON — Prince William and Prince Harry have battled with lightsabers and hugged a Wookie on the set of the next “Star Wars” movie.

The royals were given a tour of the Pinewood Studios set by British actress Daisy Ridley, who plays heroine Rey in the sci-fi reboot.

The brothers met Mark Hamill, who plays Luke Skywalker, tried out lightsabers, saw roly-poly robot BB-8 and met cast and characters including Chewbacca, who gave the princes a furry hug.

Kensington Palace said Tuesday’s visit was to salute the British creative talent involved in the “Star Wars” films, which have used British studios, actors, craftspeople and technicians since the 1970s.

The seventh instalment “Star Wars: The Force Awakens” was released last year, and the eighth movie is due for release in 2017.