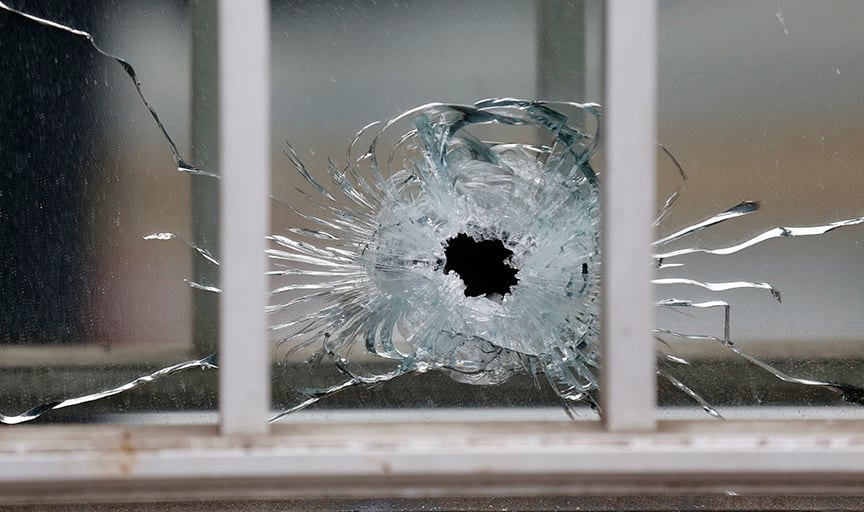 COLORADO SPRINGS, Colo. – The items that a gunman brought to a deadly, five-hour standoff with police at a Planned Parenthood clinic are no longer a threat, police said Saturday, while President Barack Obama declared that “This is not normal. We can’t let it become normal.”

While many details were still not clear Saturday morning, the Colorado shooting appeared to touch a number of America’s most sensitive issues, including access to guns, abortion rights and even the Black Lives Matter movement. Activists noted that a white gunman suspected of shooting several police officers was taken into custody and not killed.

The shooter burst into the clinic on Friday and opened fire as patients and staff took cover under furniture and inside locked rooms. By the time he surrendered, three people were dead – including a police officer – and nine others were wounded, authorities said.

Related: Another deadly day in America

Police identified the man they led away as 57-year-old Robert Lewis Dear of North Carolina. Jail booking records indicate he is due in court on Monday.

No other details about the suspect were immediately available, including whether he had any connection to Planned Parenthood, a national organization that offers women’s health services, including abortions.

“We don’t have any information on this individual’s mentality, or his ideas or ideology,” Colorado Springs police Lt. Catherine Buckley told reporters on Friday. On Saturday, she said the items Dear brought to the scene were “no longer a threat,” but she would not give details.

Planned Parenthood said its staffers were safe. It said it did not know the circumstances or motives behind the attack or whether the organization was the target.

“If we truly care about this – if we’re going to offer up our thoughts and prayers again, for God knows how many times, with a truly clean conscience – then we have to do something about the easy accessibility of weapons of war on our streets to people who have no business wielding them,” Obama said in a statement. “Period. Enough is enough.”

Related: How we taught America to love the gun

The University of Colorado in Colorado Springs police department identified the officer killed as 44-year-old Garrett Swasey, a six-year veteran of the force.

There were no immediate details about the two civilians killed in the attack. Five officers and four others were hospitalized in good condition, police said.

Ozy Licano was in the building’s parking lot when he saw someone crawling toward the clinic’s door. He tried to escape in his car when the gunman looked at him.

“He came out, and we looked each other in the eye, and he started aiming, and then he started shooting,” Licano said. “I saw two holes go right through my windshield as I was trying to quickly back up and he just kept shooting and I started bleeding.”

Licano drove away and took refuge at a nearby grocery store.

“He was aiming for my head,” he said of the gunman. “It’s just weird to stare in the face of someone like that. And he didn’t win.”

Inside, terrified patients and staff hid wherever they could find cover.

Planned Parenthood employee Cynthia Garcia told her mother, Tina Garcia, that police officers wouldn’t say why they were gathering everybody together – then she heard the gunshots.