Although the Mexican president once drew comparisons to Trudeau, his fresh-faced appeal has worn off as scandals swirl 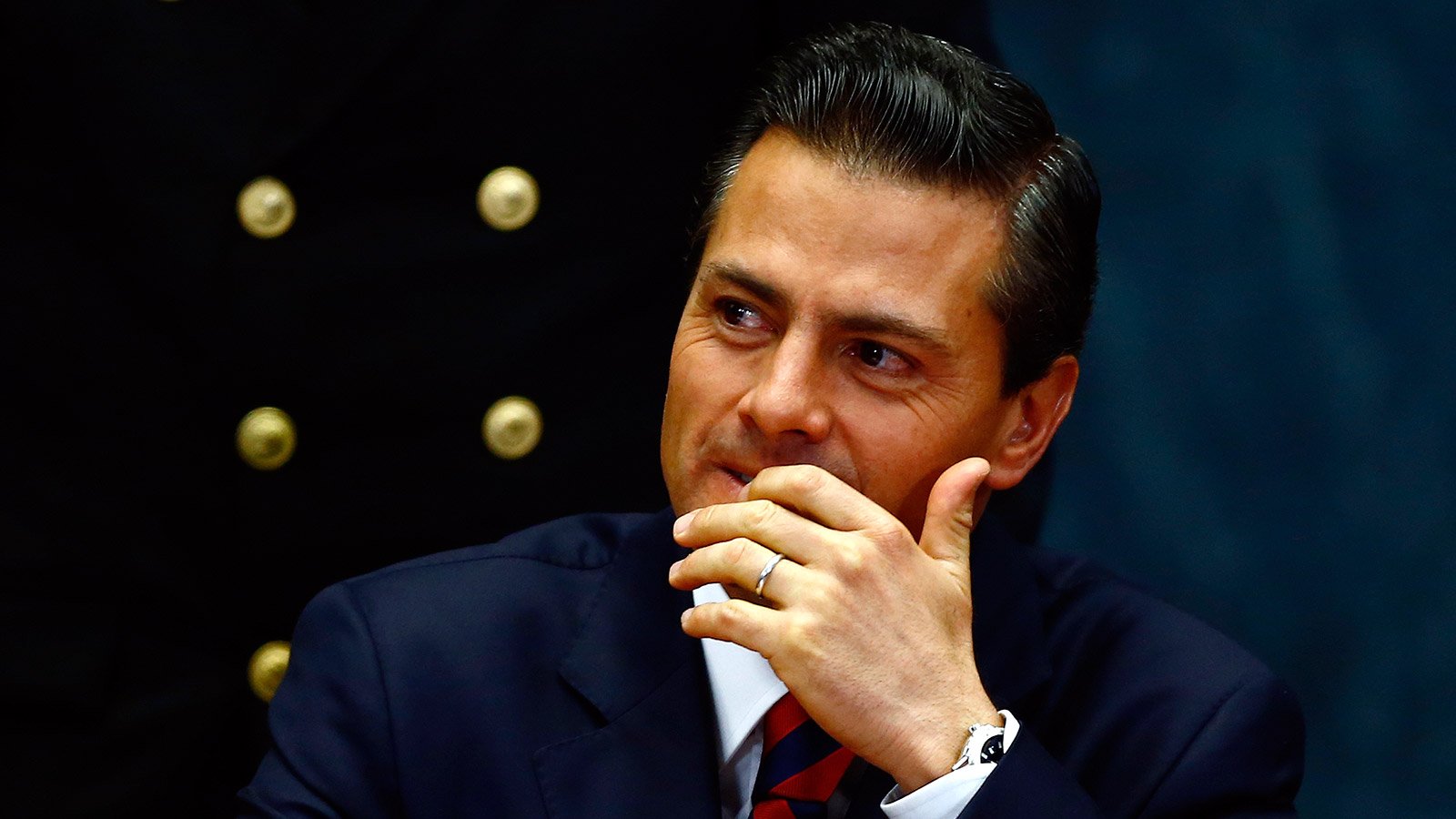 In late February, Mexican President Enrique Peña Nieto travelled for the first time to the town of Iguala, ­some 500 days after students from the Aytoztinapa teacher training school were attacked there by police officers and turned over to criminals.

But he didn’t meet with the 43 missing students’ families, who never accepted the results of an official investigation (called “the historic truth,” by the then-attorney general) or the theory that the young men’s bodies had been burned in an all-night inferno. Instead Peña Nieto stood shoulder-to-shoulder with soldiers, who had been off-limits to investigators’ questions and, according to outside experts reviewing the case, were aware of the unfolding events the night the students were taken, but stood idly by.

The president spoke that day about strong institutions, “a solid banking system” and eight decades of political stability—a calling card of his Institutional Revolutionary Party (PRI), which ruled uninterrupted for most of the last century and was brought back to power by Peña Nieto in 2012. On the subject of the students, Peña Nieto referred to “regrettable acts.”

The attack on the students, and Peña Nieto’s aloof response has sent his popularity plunging. “A president who doesn’t get that he doesn’t get it,” the Economist said of the president at the time. Others say it shows a president stuck in Mexico’s political past. “It’s the old PRI: Once you win, it’s over. Your will is the nation’s will and people comply until you’re gone,” says Federico Estévez, a political science professor at the Autonomous Technological Institute of Mexico.

Peña Nieto, who travels to Toronto and Ottawa this week for a state visit and the North American leaders’ summit, speaks often of a country “that dared to change.” Yet for many Mexicans, there’s a sense he’s dragging them back to a bygone era in which the president is seen as supreme and off-limits to scrutiny.

Young, telegenic, fond of photo ops and snapping selfies and always travelling with his fashion-conscious spouse, Peña Nieto, 49, draws comparisons with Prime Minister Justin Trudeau. Both led once-formidable parties back to power on agendas of change, in spite of suggestions neither man was really ready or had the gravitas for holding high office. It’s still early days for Trudeau. For Peña Nieto, image appeal has had its limits. “He never worked to change the image of ‘good-looking, but dumb’ that people said about him in the 2012 campaign,” says Fernando Dworak, an independent political analyst in Mexico City.

Peña Nieto arrives in Canada suffering unprecedented low popularity for a Mexican president—66 per cent disapprove of his performance, according to the newspaper Reforma, and he has been bogged down by corruption and conflict of interest scandals. In the case of the missing students, outside experts from the Inter-American Commission on Human Rights concluded that key parts of the investigation were flawed, such as there being no physical evidence of a raging fire that supposedly burned the students’ bodies. They also accused the Mexican government of undermining their work and even carrying out a “smear campaign” against them.

Regional elections held June 5 confirmed the discontent as voters in seven states kicked out PRI governments, including in four strongholds where the party had wielded power for 86 years and where Peña Nieto abided partisans accused to corruption and human rights violations. Sending the incumbent governor to prison was a popular opposition promise. “Things aren’t going into a tailspin, but (Peña Nieto’s) just dogpaddling. The country is, too, to some extent,” Estévez says.

Related: In Mexico, truth is stranger than fiction

Peña Nieto’s present problems show a shocking fall from grace. He put a fresh face on an old PRI prior to the 2012 elections. He also started pushing economic and regulatory reforms—issues his party torpedoed in Congress over the previous 12 years while in opposition—and opening up the state-run energy sector to foreigners. “When he ran for president, he changed the agenda from drug trafficking to economic issues, which was smart,” says Viridiana Ríos, a scholar at the Wilson Center in Washington. “He shifted the narrative to a more hopeful economic narrative.”

Peña Nieto won with 38 per cent support and failed to win a majority in Congress. But he recruited a badly divided opposition into an agreement known as the “Pacto por México,” which ended gridlock in Congress and allowed for quick approval of reforms. He took a new approach to the drug cartel and organized crime problems, too: silence, even as vigilante groups grabbed guns in several states to run off criminals carrying out crimes like kidnapping and extortion.

His perceived success nonetheless brought breathless reviews. Time put Peña Nieto on the cover of its international edition with the headline: “Saving Mexico.” Then came the attack on the Ayotzinapa students later that year. “When Ayotzinapa happened and everyone realized it was the problem of a non-functioning justice system and local authorities linked with criminal organizations in a powerful way, his entire narrative of the reforms was questioned,” Ríos says. “It was questioned because it became very clear that he hadn’t solved the problem and his reforms had not addressed this issue, which was corruption and the complicity between local officials and criminal organizations.”

Related: The brattiest pack in Mexico

Accusations of corruption followed shortly thereafter. Investigative reporters uncovered documents showing first lady Angelica Rivera bought a $7.2-million mansion from a government contractor. Peña Nieto and his finance minister also were found to have bought homes from contractors, prompting the president to appoint a partisan to investigate. To the surprise of few, the investigation found nothing untoward. Some analysts say the episode was a symptom of an old-school political culture Peña Nieto imported from his home state, where the activities of politicians and businessmen blur. “It’s business-politics,” Estévez says of the political model there. “You want to do well in business? Do your politics right.”

Peña Nieto leaves office in December 2018 and analysts say the prospects for recovery are scant. The world economy isn’t helping, either, especially low oil prices, which used to float much of the budget and have made the energy reform less appealing to investors. The peso plunged, too—no fault of Peña Nieto’s, but something common in past years and associated with political instability.

The approved reforms also aren’t showing enough signs of stimulating economic activity. “Peña Nieto promised if we had structural reforms we would be growing at a rate of five per cent at this moment and if we didn’t we would be condemned to growing only 3.5 per cent,” says Jonathan Heath, an independent economist in Mexico City. “Here we are with all these reforms and in the best of cases we’re only growing 2.5.”

Peña Nieto has tried retaking the reform path recently. He introduced initiatives on liberalizing marijuana laws and enshrining same-sex marriage in the constitution. He may try to claim the anti-corruption mantle, too. Congress belatedly approved laws in June for an anti-corruption system, though not surprisingly, his party and its allies weakened some provisions.