Security beefed up across world after Brussels attacks 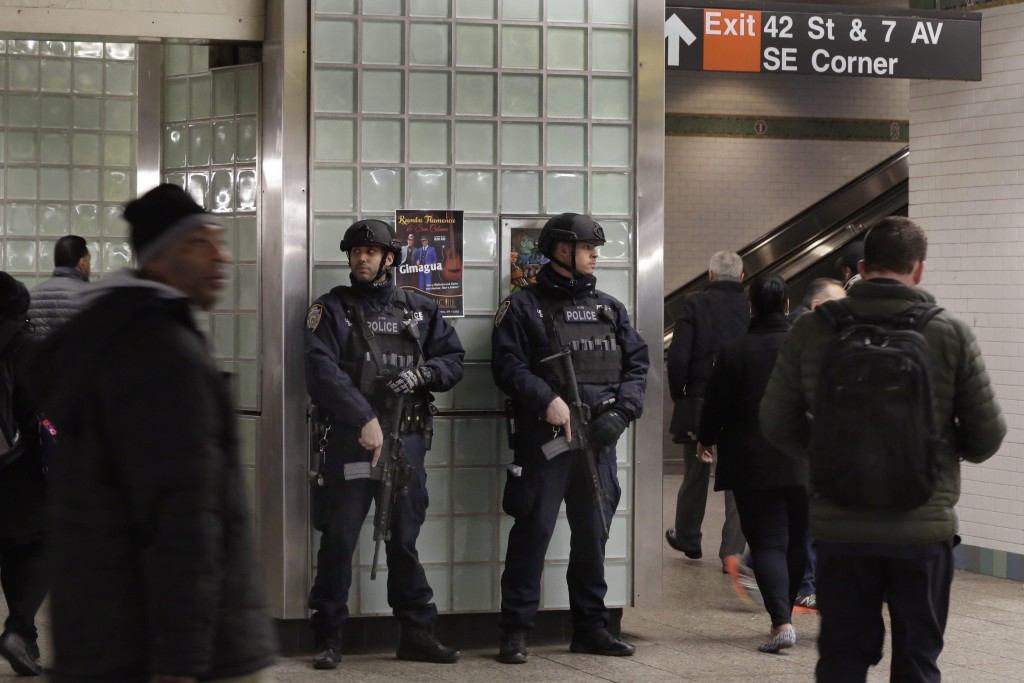 MOSCOW – Authorities in Europe and across the world tightened security at airports, railway stations, government buildings and other key sites after deadly attacks Tuesday on the Brussels airport and its subway system.

With Brussels on lockdown and the French prime minister saying that Europe is “at war,” European leaders held emergency security meetings and deployed more police, explosives experts, sniffer dogs and plainclothes officers, with some warning against travel to Belgium.

After a string of extremist attacks targeting the heart of Europe over the past year, some analysts say Europe will finally have to implement a much tougher level of security not only at airports, but also at “soft targets” like shopping malls – the kind that Israelis have been living with for years.

“The threat we are facing in Europe is about the same as what Israel faces,” said Olivier Guitta, the managing director of GlobalStrat, an international security consultancy. “We have entered an era in which we are going to have to change our way of life and take security very seriously.”

Strong criticism of Belgian security came on Tuesday from Pini Schiff, a former security director at Israel’s Ben-Gurion Airport, which is considered among the most secure in the world. After Palestinian attacks on Israeli planes and travellers in the 1970s, Israeli officials put in place several layers of security at that airport in Tel Aviv, meaning an attacker who escapes notice at one level of security would likely be captured by another.

Schiff said the attacks at the Brussels airport mark “a colossal failure” of Belgian security and that “the chances are very low” such a bombing could have happened in Israel.

There are some, however, who fear that little more can realistically be done.

“The public needs to understand that if we are to continue enjoy living in a free society we have to respond in a proportional way,” said Simon Bennett, director of the Civil Safety and Security Unit at the University of Leicester, England. “In my opinion, airport security is as tight as we can reasonably make it in a free society.”

In Moscow, Russian Transport Minister Maxim Sokolov told Russian news agencies that authorities will “re-evaluate security” at Russian airports, although its measures are already among some of the toughest across Europe. There have been mandatory checks at the entrances to airports since a 2011 suicide bombing at Moscow’s Domodedovo airport that killed 37.

Security was high at all Paris airports and at Gatwick and Heathrow in London, among many others.

At Rome’s Fiumicino Airport, sniffer dogs were deployed in the check-in areas, while at Milan’s Malpensa airport police in carts were patrolling the areas before security checks.

In Germany, the state rail system, Deutsche Bahn, halted its high-speed rail service from Germany to Brussels, stopping them at the border city of Aachen.

Meanwhile, the international high-speed train operator Thalys suspended all of its train traffic Thursday and urged travellers to postpone trips to Belgium. Last year, an attack on a Thalys between Brussels and Paris was foiled by three Americans and a Briton travelling on the train.

Egypt also said it was increasing security, with top security officials asked to personally handle security checks inside airports and in outside areas like hotels and car parks.

Egypt has been working to improve its security after a Russian jet was brought down last October by extremists after taking off from Sharm el-Sheikh International Airport, killing all 224 people on board. Moscow said it was brought down by an explosive device, and a local branch of the extremist Islamic State group has claimed responsibility for planting it.

In Greece, police added additional security at airports, metro stations and embassies with uniformed and plain-clothed officers. But government spokeswoman Olga Gerovasili said there were no additional security measures being taken for refugees and migrants following the Brussels attacks.

“We are not making any linkage between those two issues. That would be a defeat for Europe,” she said.
___