Europe's far-right coalition in the works 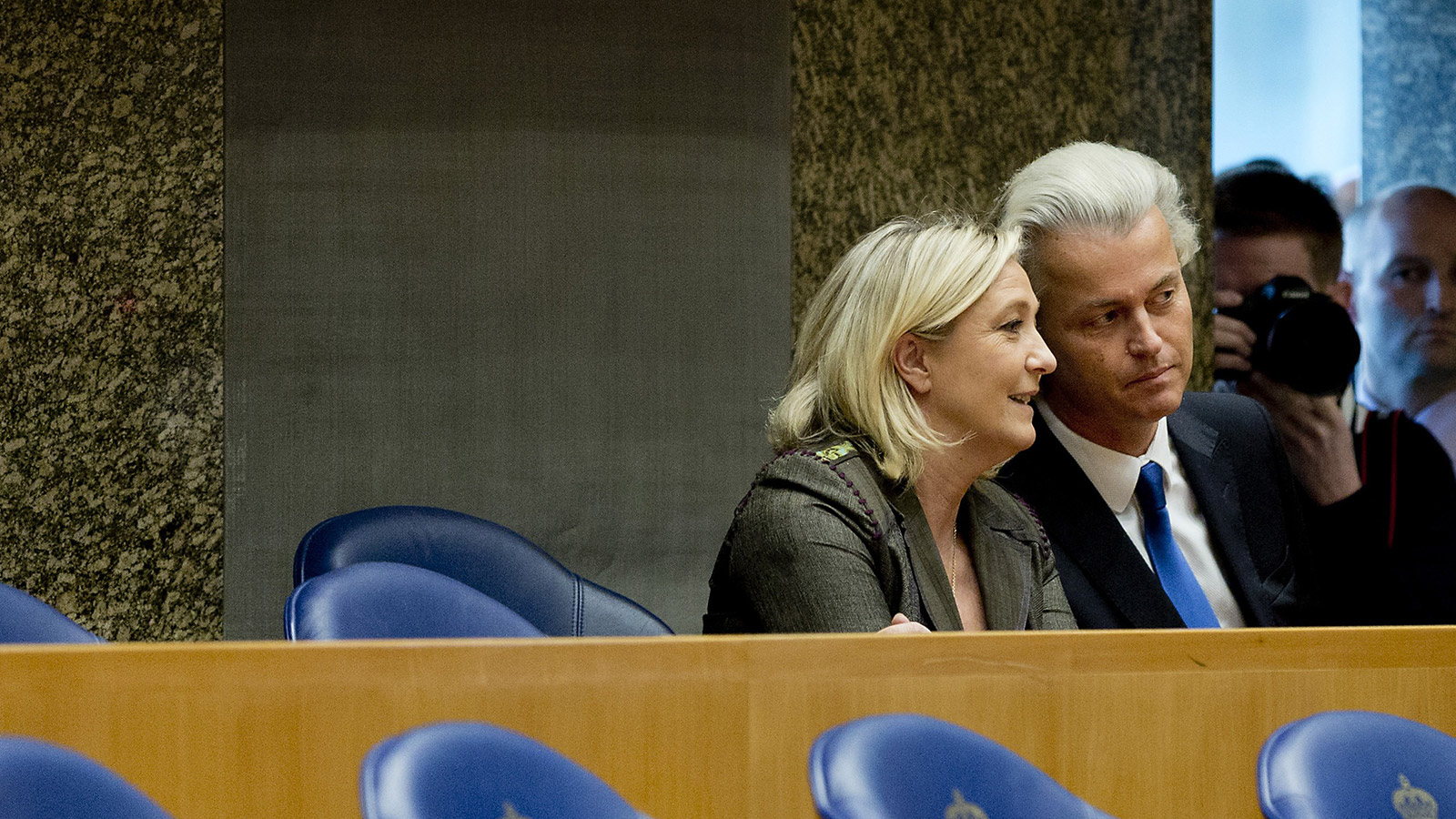 Geert Wilders, the supremely quotable and cartoonish platinum blond leader of the Dutch far right, made headlines again recently. For Dutch journalists, it was about time. Wilders had gone strangely silent in recent months: Not a peep about marauding Muslims or the decline of white Europe. Then, apparently feeling emboldened by gains his Freedom Party (PVV) had made in recent municipal elections, came this at an election rally in The Hague on March 19: “Do you want more or fewer Moroccans in this city and the Netherlands?”

Wilders: “We’ll take care of that.”

The crowd cheered and reporters drooled at the outrageous suggestion. Analysts opined that Wilders had gone too far this time. Calls for criminal charges were accompanied by desertions of senior members from the PVV. Dutch citizens took to the streets in Amsterdam, braving the cold and rain of mid-March to condemn the increasingly rightward drift of the country’s politics. “We didn’t expect such a big turnout,” says one of the protesters, Joris Wigersma, from his home in Utrecht. “We ended up with somewhere around 8,000 to 9,000 people. It was encouraging.”

Indeed, Europe’s moderates breathed a sigh of relief. “Fall of the Dutch right” announced the front page of the Independent newspaper in Britain.

The death knell, however, was premature. “Most of Europe’s populist parties are doing well in the polls, including the PVV,” says Sarah de Lange, associate professor of political science at the University of Amsterdam and an expert on Europe’s radical right. “The Moroccan incident didn’t affect their popularity very much.” Overall, in fact, populist parties are stronger in Europe now than they have been in decades.

That’s a worrying trend for the continent’s moderates. In late May, Europeans will head to the polls to vote for a new European Parliament. As it stands now, far-right nationalist groups, led by politicians like Wilders and Marine le Pen of France’s Front National party, are poised to make historic gains. Wilders has been busy over the past few months travelling around Europe, meeting with his populist counterparts and forging an alliance that now has the potential to make a significant impact on European politics. According to Pollwatch2014, a far-right bloc in the European Parliament could win around 38 seats from at least seven EU countries. A modest number in the 766-seat legislature, but enough to make it eligible for more than $3.7 million a year in public funding.

The irony is that Europeans will be funding a political movement in the European Parliament that wants to dismantle the EU. “What’s dangerous is that we’re seeing an increase in support for these parties throughout Europe, and that is affecting mainstream politics,” says de Lange. From Austria to France and the Netherlands, the radical right has gained momentum amidst frustration with the status quo. De Lange partly blames mainstream parties for failing to come up with novel approaches to a radically changed 21st-century environment. Mass migration, for instance, has altered the face of Europe but centrist parties have done little to address issues of European identity and integration that have come along with it.

The PVV and Front National, meanwhile, have openly embraced those issues, with a bullishness that appeals to an increasing number of Europeans who question the relevancy of the EU. The likes of Wilders have played to those sentiments, promising to “liberate Europe from the monster of Brussels.”

Euro-skepticism has been around since the birth of the EU. But in recent years, particularly in the aftermath of the 2009 financial crisis, it has become the cause-célèbre of the far right. The economic collapse of Spain, Portugal, Italy and Greece has helped reactionary ideologies flourish, spawning neo-fascist groups like the Golden Dawn in Greece and Jobbik in Hungary, which managed more than 20 per cent of the popular vote in recent parliamentary elections. In Italy, Alessandra Mussolini, granddaughter of the fascist leader Benito Mussolini, was welcomed to the political stage.

Mainstream conservatives appear to have been taken off guard, unable to mount a coherent response to the popularity of the more extreme groups. In the U.K., the populist U.K. Independence Party (UKIP) has been outpolling the Tories and nipping at the heels of Labour. One in five Tory supporters now say they will vote UKIP.

According to one German politician from the Christian Democratic Union, the ruling party of German Chancellor Angela Merkel, Europe is paying the price for too much political correctness over the years. “There are too many sensitivities,” he says, asking his name not be published for fear that talking about this issue could hurt his chances in upcoming municipal elections. “Here in Germany, criticizing a Jewish person leads automatically to accusations of anti-Semitism. The problem is not so much that the mainstream parties have shifted more to the right but rather that this lack of open discussion has created a political space for new extreme right-wing parties to emerge.”

Individuals like Wilders are a distraction from the deeper issues faced by Europe, he adds. The rightward drift reflects a much more complicated social reality in Europe than most political leaders are willing to acknowledge. “In the past, these parties have been too ideologically diverse to maintain a functioning coalition,” says de Lange. “They’ve been plagued by disagreements and conflicts between charismatic, egotistical and mostly male leaders.”

That has changed. The new right is slick and savvy, de Lange warns. They have strong female ﬁgures like le Pen and have shown a talent for strategic thinking. The response of the mainstream political parties is telling, according to Carla van Os, a legal adviser on migration for Defense for Children, a non-profit organization based in Leiden, south of Amsterdam. “They’ve simply adopted the language of the far right,” she says. “Saying awful things about migrants has become normalized.”

In the Netherlands, some see this rightward shift among political parties like the liberal VVD party and centre-right Christian Democrats (both have sought to crack down on immigration) as a cynical vote grab; others argue that Dutch politicians have always been more “Wilders” than any one of them would like to admit. Whatever the reality, the sanguine feeling Dutch moderates experienced following the successful denunciation of Wilders’s anti-Moroccan comments are starting to wear off. A gloomier picture is taking shape: the image as Europe’s bastion of tolerance is crumbling. Behind it are the far right, always lurking and now pouncing. They are here to stay, at least for the foreseeable future.