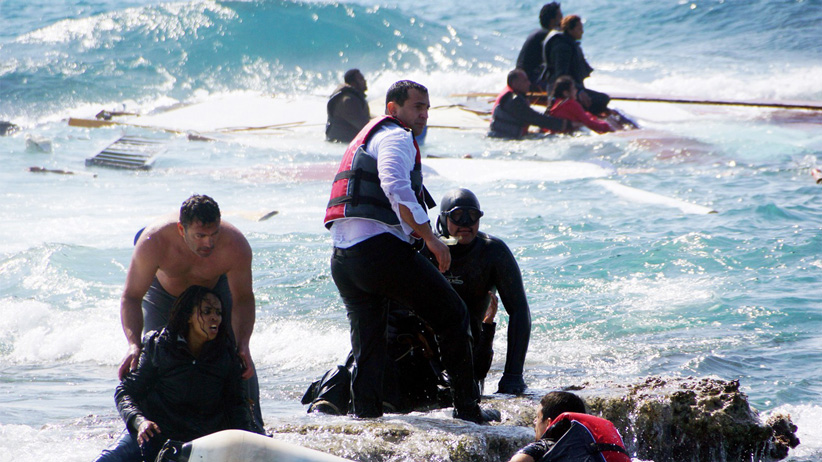 One thousand, two hundred and forty-five drowned in a week. If there had been a GermanWings airline disaster every 20 hours for seven days, the death toll would still not be as bad.

Since January, it is estimated that 1,750 asylum seekers have died trying to reach Europe due to spring storms, dilapidated boats, murderous people smugglers, and bad luck. But the fundamental reason is something far more significant: the unstoppable human desire to do better, to have more, to live longer. Ironically, for so many, this instinct has led to the tragic opposite.

The debate this has sparked is angry and emotional. For some Europeans, this is evidence of what they have always feared: Millions of Africans are willing to do anything to overrun the clean, ordered civilization of Mozart and Descartes (and Mosley and Le Pen). For others, a full humanitarian response, whatever the result, is the only way to live up to the hallowed European ideals of liberté, égalité et fraternité. One side wants to send the navy to tow the migrants back to Libyan shores. The others want to send the coast guard to find these people before they drown.

The Conservative government in the United Kingdom argues that if Europe provides more resources to rescue migrants, it will create a “pull factor”; if other Africans know they are likely to survive a Mediterranean crossing, far more will try. This will lead to more unseen deaths on the perilous overland journey from Eritrea, Syria, and Somalia, across the Sahara, to the ports of war-torn Libya; and, frankly, to more migrants in Britain, where the fear of foreign workers is draining support from the Conservatives to the more xenophobic U.K. Independence Party.

The counter-argument is both emotional and compelling. German journalist Herbert Prantl has railed against the idea that Europe should use “dead refugees to shield itself from the others.” Indeed, it seems monstrous to imagine Europeans could stand passively by and tolerate the heart-wrenching images of drowned children washing onto the beach with the refuse of their capsized ship. The U.K.’s Labour Party Leader Ed Miliband disputes the idea that the “pull factor” even exists. Indeed, when pressed, his Conservative rivals admit the evidence is mostly anecdotal.

But then there is the recent case of Australia. Approximately four years ago, there was a sudden and dramatic increase in the number of asylum seekers arriving by boat. Like the current situation in the Mediterranean, many were dying en route, either during the passage from Indonesia through the Timor Sea, or when unscrupulous smugglers left them stranded on remote beaches in the Northern Territory. Canberra responded with a heavily criticized policy of either turning boats back or detaining asylum seekers in remote interment camps in places like Papua New Guinea. The results have been dramatic. In 2013, more than 20,000 unauthorized migrants arrived by boat. Last year, it was only 160, a drop of more than 99 per cent.

Does the Australian experience prove that turning back desperate refugees, as inhumane as it appears, is actually an ethical and effective policy response? Or did asylum seekers simply look for less well-guarded borders, such as Europe’s? If you compare the numbers, European arrivals do rise sharply, just as Australian figures fall. A closer look, however, shows that those going to Europe are mostly from Africa and the Middle East, while those fleeing to Australia were from Asia.

But this debate assumes there is a genuine crisis. Last year, Europe received 626,000 asylum seekers. This number seems enormous, but it isn’t. Europe’s population is more than half a billion. Those wretched souls who have risked everything to cross the Mediterranean or scramble over the Bulgarian frontier amount to one-tenth of one per cent of the total population. This is not a crisis. It is not even a rounding error.

Europe has more serious problems to consider. It is aging. Its birthrate is falling. And the strain on its vaunted social safety net grows year by year as the ratio of retirees to workers increases. There is a widespread recognition that, if Europeans are to continue thriving as they did in the latter part of the 20th century, they need immigrants. They need new citizens who are determined, undaunted and tireless. In other words, the type of people who would be willing to risk everything and undertake an epic journey through deserts and battlefields and violent seas, in the hope they can build better lives for themselves and their families.

A truly visionary European leader would not waste time debating if it is better to be sending gunboats or lifeboats. He would be sending invitations.