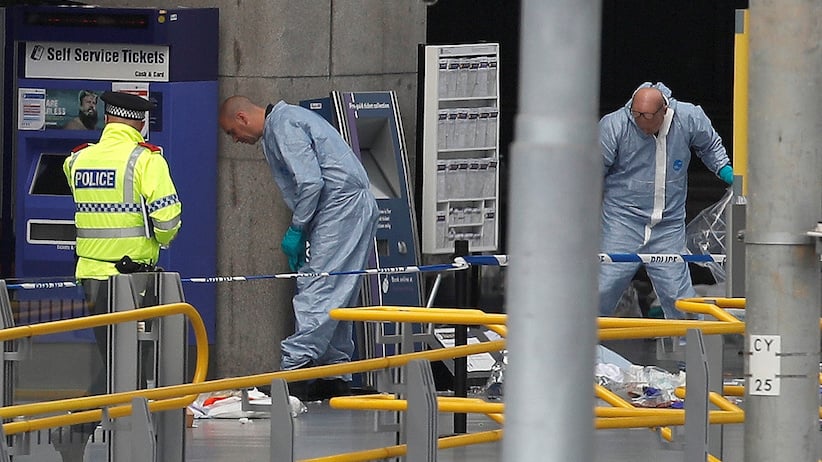 Andy Holey, who went to the arena to pick up his family, said the blast threw him some 30 feet through a set of doors.

“When I got up and looked around there was about 30 people scattered everywhere, some of them looked dead, they might have been unconscious but there was a lot of fatalities,” he said. 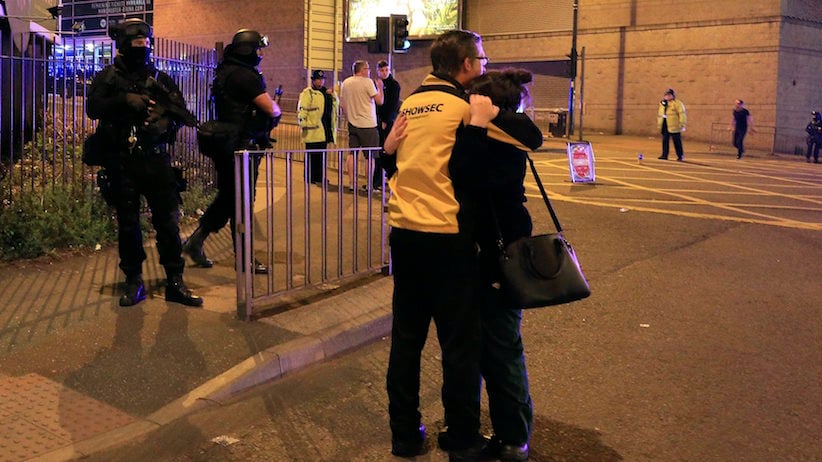 Police gave no information about the attacker but said they were working to determine if there were any accomplices. Some of the dead were children, they said.

There was mass panic after the explosion at the end of the concert, which was part of Grande’s The Dangerous Woman Tour. The singer was not injured, according to a representative.

Everybody at Manchester arena rushing to get out after a explosion!! I’ve never been so petrified in my life :( pic.twitter.com/emv42XLb10

Grande, who had just left the stage, was unhurt, taking to Twitter to say: “From the bottom of my heart, I am so, so sorry. I don’t have words.”

Ellie Ward, 17, made his way out of the arena after the blast, and found her 64-year-old grandfather, who had been waiting for him when the explosion happened.

“He said he only realized what had happened when he felt the side of his head and it was bleeding,” the younger Ward told The Guardian newspaper.

“He’s OK but he’s cut his cheek,” she said. “They said he had severed an artery. A lot of glass shattered on him.”

“Everyone was screaming and running,” Robert Tempkin, 22, told The Times. “There were coats and people’s phones on the floor. People just dropped everything.” 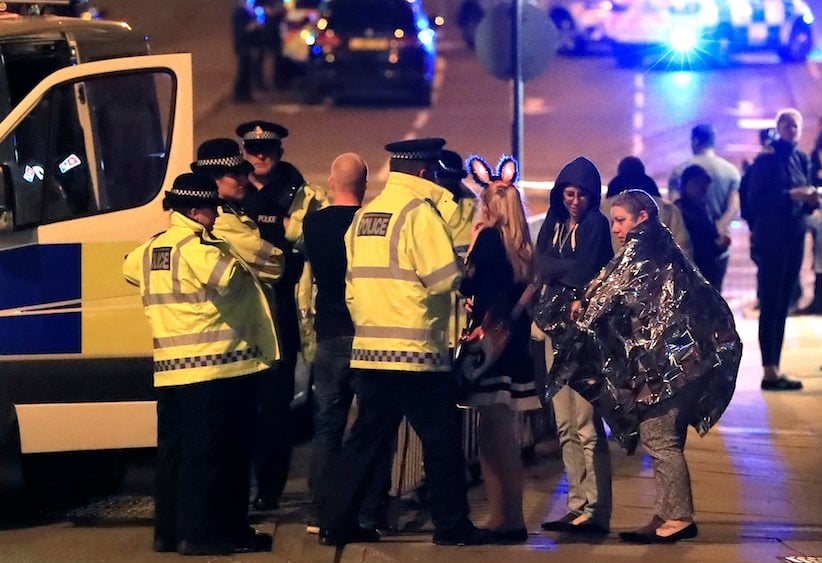 Emergency services personnel speak to people outside Manchester Arena after reports of an explosion at the venue during an Ariana Grande concert in Manchester, England, Monday, May 22, 2017. Several people have died following an explosion Monday night at an Ariana Grande concert in northern England, police and witnesses said. The singer was not injured, according to a representative. (Peter Byrne/PA via AP)

Elena Semino and her husband were waiting by the arena ticket office for her daughter when the explosion went off.

“My husband and I were standing against the wall, luckily, and all of a sudden there was this thing,” she told The Guardian. “I can’t even describe it. There was this heat on my neck and when I looked up there were bodies everywhere.”

Despite wounds to her neck and a leg, Semino dashed into the auditorium in search of her daughter while her husband, who had only a minor injury, stayed behind to help an injured woman. She found her daughter Natalie, 17, and her friends safe.

British Prime Minister Theresa May condemned the killings as an “appalling terrorist attack” and said her thoughts are with the victims and their families.

Britain’s terrorist threat level has been set at “severe” in recent years, a warning that an attack was highly likely.