If banned, face veils could result in jail time in Belgium 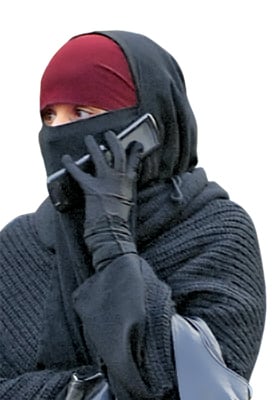 The sometimes fraught, often conflicted world of European Muslims took a strange turn last week. On the same day media outlets covered a Belgian parliamentary committee’s decision to outlaw face veils in public, the press also reported on a new online sex shop in next-door Holland selling sex aids deemed halal, or permissible under Islam. And, interestingly, reactions from Muslim leaders to both developments have been muted at most.

If the Belgian parliament approves the ban later this month, wearing anything “that covers all or most of the face” in public could be subject to a $40 fine, or possibly a week behind bars. While a similar proposition in France has caused an uproar, this proposal, which would ban the niqab and burka, has garnered few vocal opponents, even among Muslims. “I really don’t have a problem with the ban itself,” Semsettin Ugurlu, a leader of the Belgian Muslim community, told the Wall Street Journal. “I just worry it could be a slippery slope to taking away other freedoms.” One reason for the lack of fuss is that most of Belgium’s Muslims are from countries where face coverings are rarely used.