Farewell to the Kate and Wills — (George and Charlotte!) — show

Tourism British Columbia couldn’t have scripted a more perfect ending. The grey clouds that had been threatening to drown out the final day of the royal circus briefly parted, allowing a few moments of blinding sunshine just before the four members of the royal family descended the float plane docks in Victoria’s scenic, inner harbour.

A curious harbour seal even popped out of the crystal clear Pacific waters, gliding on his back to check out the buzz—and the unusually large crowd. (This included a pack of spitting-mad British photographers, furious with the Mountie in body armour who patiently ignored their furious shouts to “get out of the shot!”)

Related: Will and Kate: The grittiest royal tour ever

The huge crowd of well-wishers had turned up from all over B.C. to see the Windsors off. But most said they were there for two reasons, and two reasons only: George and Charlotte. Three-year-old George gamely obliged them, waving to crowds with one hand, and then frantically with both—much to the amusement of his dad.

This is, of course, no longer the Kate and Wills show. And the duke and duchess of Cambridge, who are fiercely protective of the privacy of their two toddlers, used this tour of Canada—well, really, of B.C. and the Yukon—to introduce the prince and princess to the wider Commonwealth. The final shot of the family waving to crowds—George, in bright, burgundy shorts anxiously tugging at his dad, desperate to board the seaplane bobbing beside them—was the cornerstone of the visit. 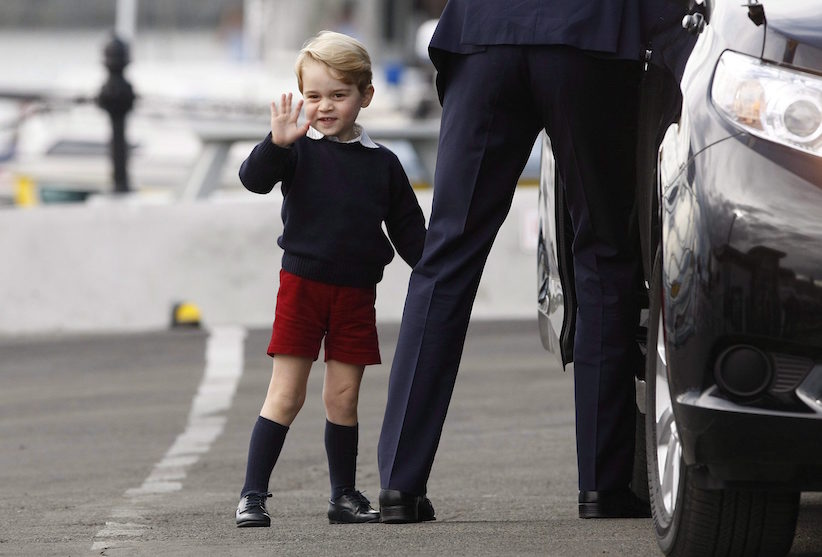 The royal send-off marked the biggest view of the family together since Charlotte’s birth last year, according to British wags. And it was in Canada that the dark-haired monarch, dressed to match her big brother, in a burgundy cardigan and leather sandals, took her first public steps, and uttered her first public word—“pop.”

Charlottte, like one-year-olds everywhere, was desperate to escape Kate’s arms on the docks; she finally managed to wriggle her way out after the family greeted the honour guard from the Royal Canadian Navy. She toddled toward the plane before turning to wave at Christy Clark, who was decked out in red and white. The B.C. premier, who’d attended many of their events, obliged, getting down to eye level with the 16-month-old, to return the wave. 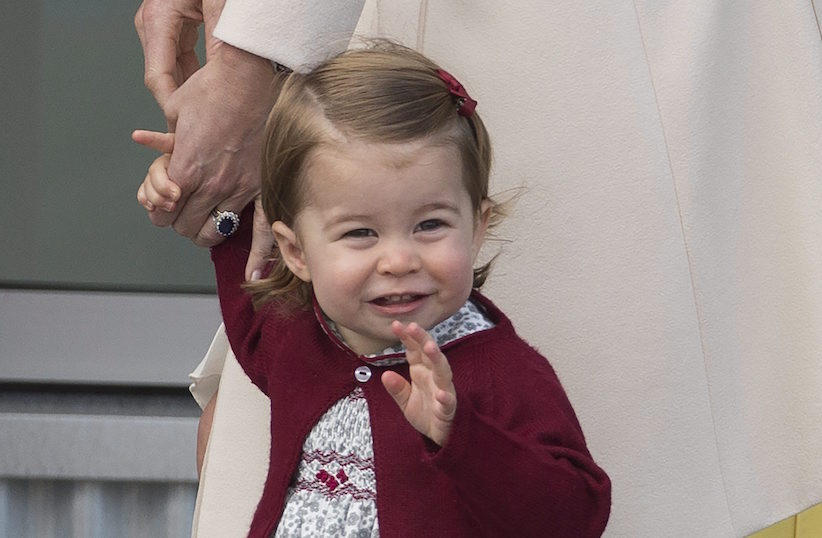 Moments later, William let go of George’s hand. The three-year-old immediately made a dash for the aircraft. He got to the first step before the duke, in a navy suit, placed his hands on his arms and turned him back. The duchess was in classic Kate, pairing a cream-coloured Catherine Walker coat-dress with her trusty LK Bennett Floret heels. Together, the family turned to give Canada one last wave.

Nobody in the crowd moved as their plane banked right before taxiing off and circling southern Vancouver Island.

“That’s what happens when the royals do something—everyone comes together,” said Katherine Baker, a 20-year-old student from Essex, outside London; she is in Canada for a year, studying law on exchange at the University of British Columbia. “For a moment, we can forget about the war in Syria—all the bad things happening right now.” Here we are, she adds with a big laugh, “united by cute children and an adorable couple.” 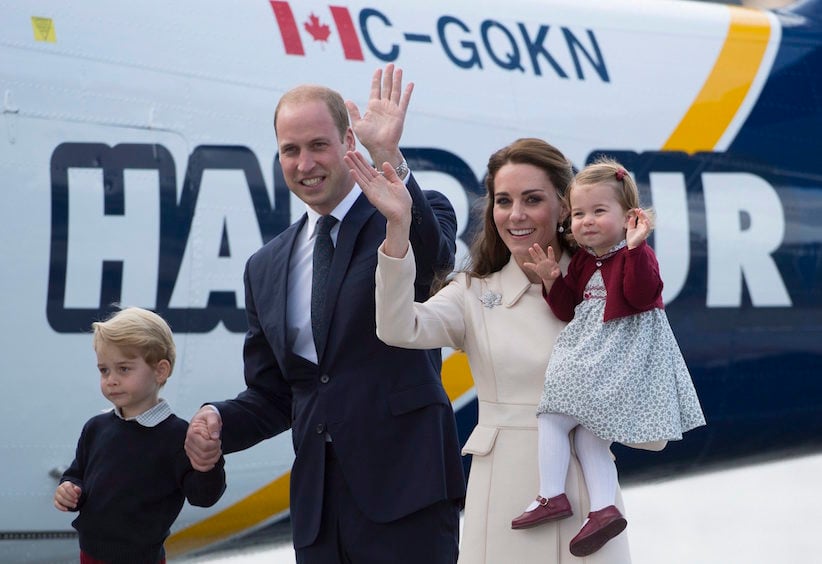 The royal family prepares to depart Canada — until next time! (Jonathan Hayward, CP)