Just days after the film's release, an alleged assailant in Chicago cited 'Fifty Shades' as inspiration. But that's no one's fault but his. 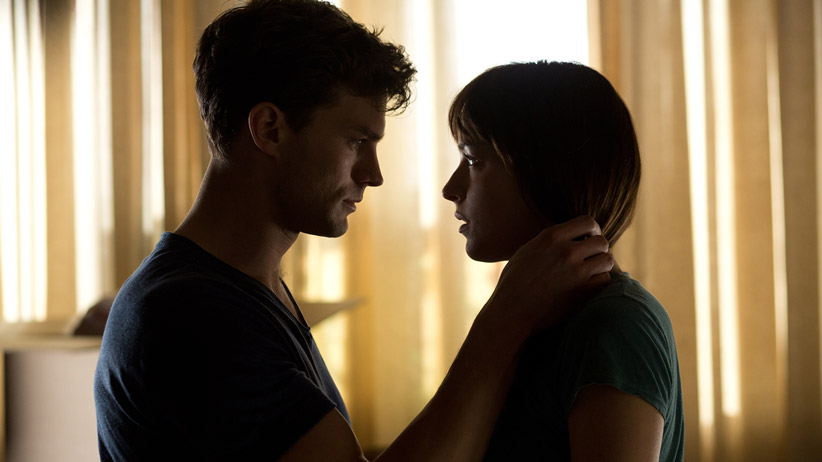 Mohammad Hossain, a 19-year-old student at the University of Illinois at Chicago, was charged on Monday of sexual assault of a fellow student. The allegations, repeated below from the Chicago Tribune, are brutal and demand a trigger warning; his reasoning is brutal in a totally different way.

Once inside his dorm, in the 900 block of West Harrison Street, Hossain allegedly asked the woman to remove her clothing and she did, keeping on her bra and underwear, Karr said. He then bound her hands above her head and to a bed with a belt, used another belt to bind her legs and stuffed a necktie into her mouth, Karr said.

Hossain used a knit cap to cover the woman’s eyes, Karr said, and removed the woman’s bra and underwear. He then began striking the woman with a belt. After hitting her several times, the woman told Hossain he was hurting her, told him to stop “and began shaking her head and crying,” said Karr.

Hossain continued striking the woman—including with his fists, according to an arrest report—and she managed to get one arm, and then another, free. But he then held her arms behind her back and sexually assaulted her as she continued to plead for him to stop, according to Karr.

So what does Hossain, who allegedly confessed to the assault to campus police, say he was inspired by? Why, Fifty Shades of Grey, of course, the film adaptation of which came out on Feb. 14 to record-breaking box-office numbers.

Related: Project 97: A yearlong conversation about sexual assault and harassment

But credit where credit is due: As a film, Fifty Shades of Grey doesn’t do a whole lot right. It is a slow, swampy, boring mess with joyless characters and zero narrative propulsion. But one thing it does do right—again and again, throughout the film—is harp on how important consent is. Initially, Christian Grey refuses to even touch Anastasia Steele before she signs an elaborate waiver; much of the film’s dramatic tension (or, at least, what it believes to qualify as dramatic tension) is over the wrangling of a checklist of things that Anastasia would be willing to try. Even in the film’s climactic scene, a boiling-over sex act is only performed after Anastasia demands it, and a hesitant Christian repeatedly asks if she’s sure.

Popular media has long been ballast for those who believe that the things seen on screens transfer without mediation into people’s daily lives. Such was the outrage over Hannibal, which sparked fears of cannibalism; such was the fear over video games, which raised concerns of shooting massacres.

But even insinuating that Fifty Shades of Grey inspired this attack is fear-mongering. It would be as if a suspect in a hit-and-run claimed he was inspired by the Transformers franchise, because he was sure his car would turn into a robot before it hit the pedestrian. Let’s not do the film the disservice of claiming this was inspired by it, when his first mistake—before allegedly committing a far more horrible one—was in completely misreading a movie.