Fighting in Ukraine continues overnight ahead of diplomatic push 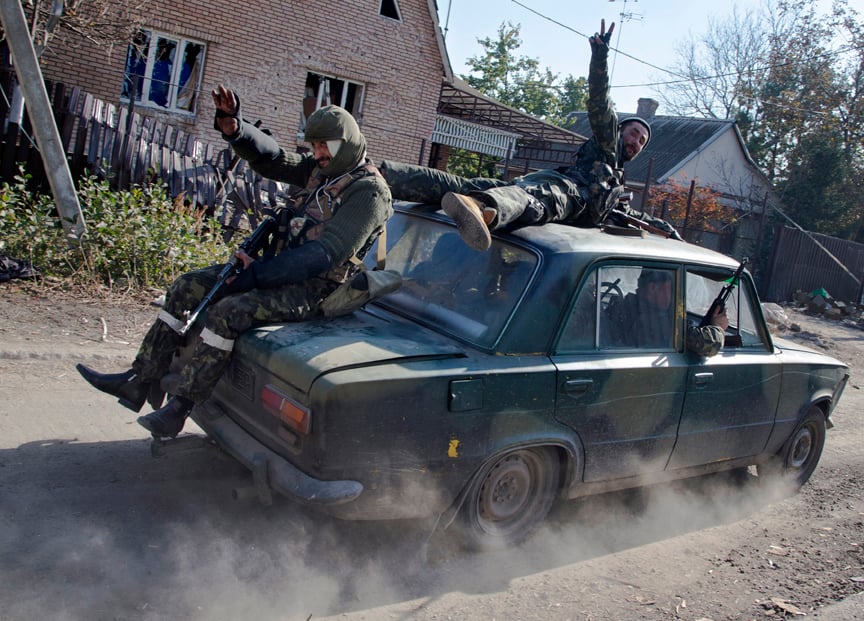 DONETSK, Ukraine – Fighting continued to rage in eastern Ukraine Wednesday ahead of crucial peace talks later in the day.

Shelling rocked a bus station in the rebel stronghold of Donetsk, where an Associated Press reporter saw one body and was told by rebel officials that another body had been recently removed from the scene. Donetsk city officials said in a statement that three people had been killed overnight.

Ukrainian President Petro Poroshenko posted a statement on his website saying that he had made an impromptu visit to the war-torn region early Wednesday. Poroshenko stopped in the city of Kramatorsk, some 50 kilometres from the nearest front line, where nevertheless Kyiv says 16 people were killed and 48 wounded in a rocket strike Tuesday.

“We demand an unconditional peace,” Poroshenko said. “We demand a cease-fire, a withdrawal of all foreign troops, and closing of the border. … We will find a compromise within the country.”

Poroshenko will meet with Russian President Vladimir Putin later in peace talks in Minsk, Belarus. France and Germany, who are brokering the talks, have called on the warring parties to refrain from hostilities that could derail the four-way summit.

French Foreign Minister Laurent Fabius said early Monday that “quite a number of problems remain” in negotiations aimed at ending the fighting. Fabius said that it was “very probable” but not certain that French President Francois Hollande would attend the talks.

He said difficulties remain on the future of embattled eastern Ukraine, guarantees about the Ukraine-Russia border near the area, and the prospects of a possible cease-fire, weapons pullback and prisoner exchange.

Fabius said the aim of the talks is to win an accord, but “not just one on paper.”