Hundreds of evacuated residents and onlookers crowded nearby to watch the building go up in flames. 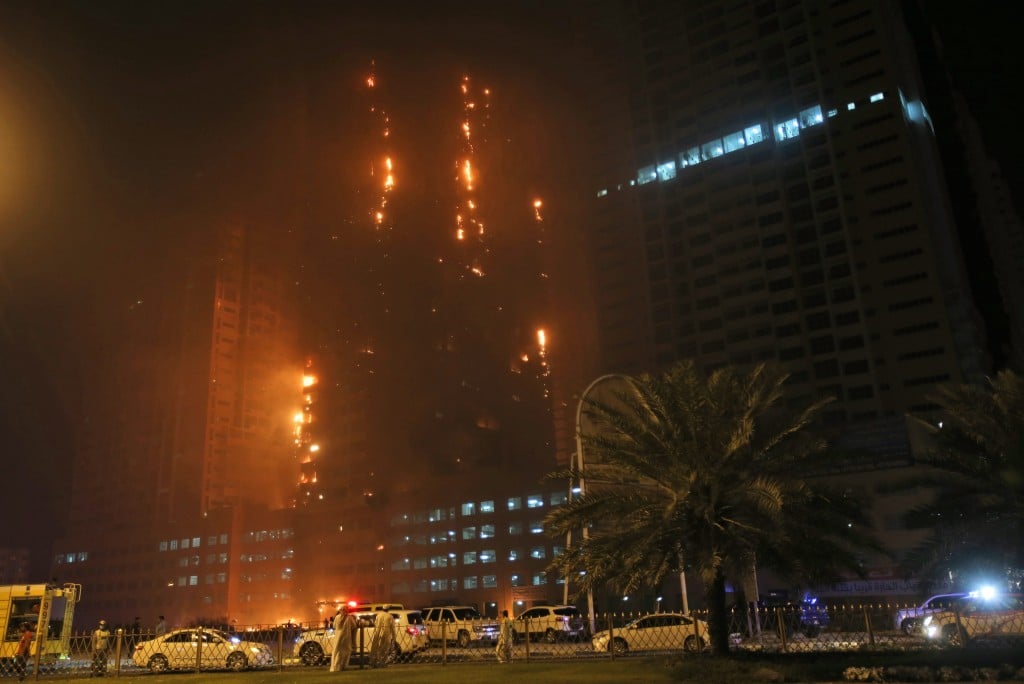 Civil defence workers sprayed water to cool down any remaining embers at the Ajman One development in Ajman, a city that’s home to many commuters who work in the Gulf commercial hub of Dubai, further to the south.

The complex, developed for an estimated $720 million by Aqaar, is home to 12 residential towers. Two sustained severe damage to their exteriors, while others appeared to have light damage.

The blaze comes less than three months after a massive fire raced up the exterior of the 63-story The Address Downtown Dubai, one of Dubai’s most prominent hotels. It is situated next to Dubai’s biggest mall and the Burj Khalifa, the world’s tallest skyscraper.

Similar fires have struck other high-rises built since the turn of this century in Dubai and Sharjah, which sits between Dubai and Ajman.

Building and safety experts have attributed the spate of fires to a material commonly used to cover the buildings known as aluminum composite panel cladding. Some panels used in buildings in the Emirates contain a flammable core that can burn rapidly one ignited, allowing fires to spread quickly on buildings covered top to bottom with the panels without sufficient fire breaks along the way.

It was not immediately clear if the skyscraper in the Ajman fire had that type of cladding, but the fire in appeared to burn in a similar fashion to the other blazes.