Five powerful pieces of reporting in the week after Orlando

When a tragedy occurs, the media pushes past the shock and does its job. But some situations require more than a simple headline and story. Events that are horrifying, distressing, and difficult to comprehend sometimes require reporting that goes above and beyond. Following the Orlando massacre—the biggest mass shooting in modern U.S. history—many media organizations did just that. Here, we’ve collected some of the most powerful pieces of journalism published in the last week. 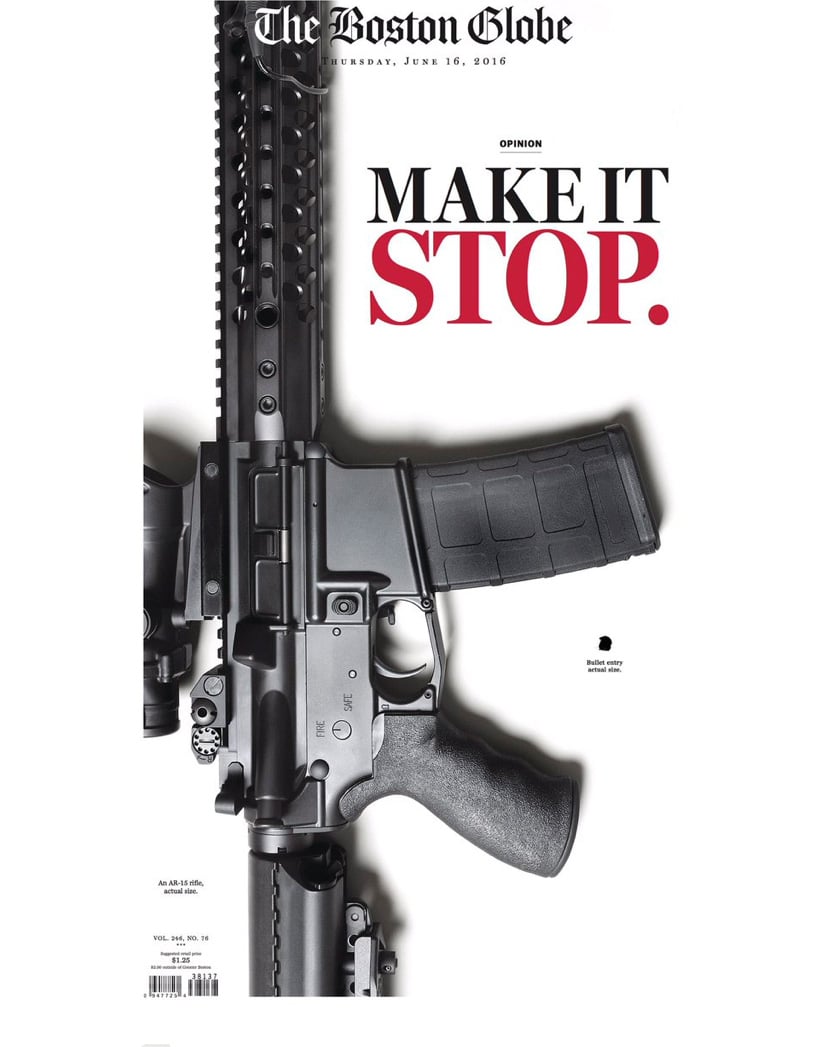 Front cover of the Boston Globe

On June 16, the Boston Globe ran a stark cover — on it, a gun, a bullet hole, and the words “Make it stop”. The editorial in that issue was turned into an interactive online story with data, charts and the names of senators standing against gun reform. 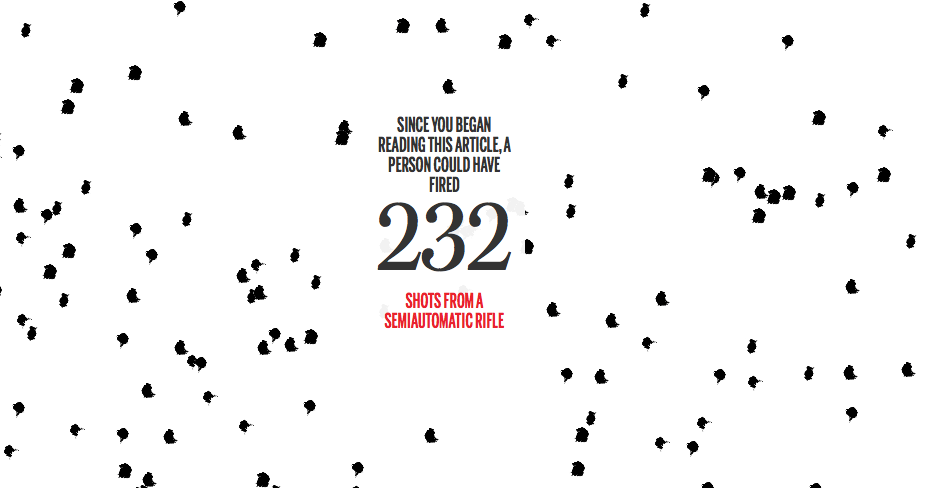 MORE: Inside three hours of terror in Orlando

The Upshot: “Gun homicides in ___ are about as common as deaths from ___ in the United States”

The New York Times published a clever contextual piece. Watch the headline: it continues to change as it compares gun homicides in various countries to other causes of death in the United States.

This powerful, immersive experience from the Tampa Bay Times replays the last moments in the club for both victims and survivors. 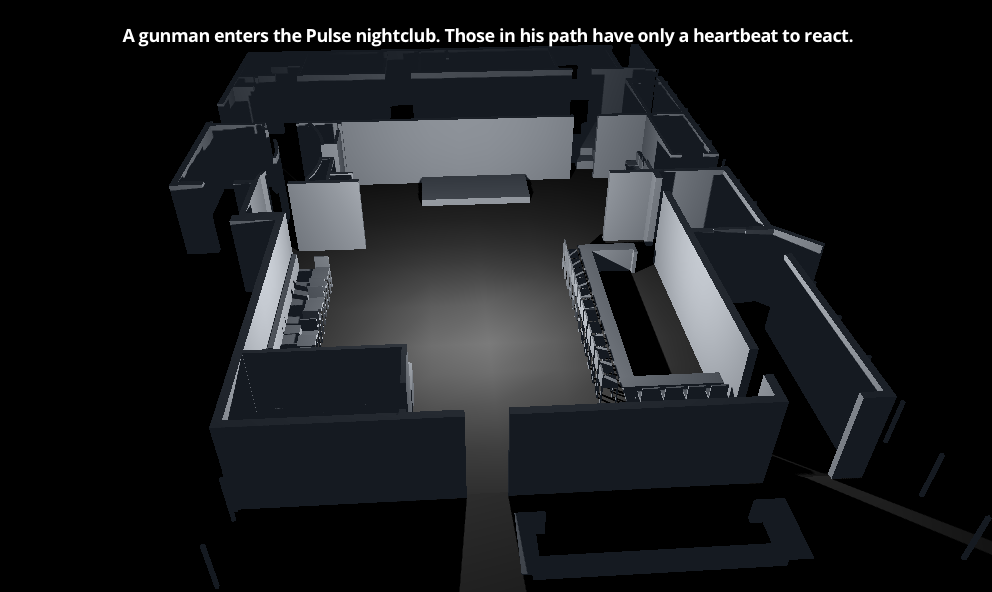 GOP Arcade is not a traditional news outlet. They build games to “make all the hoopla surrounding the election slightly more enjoyable.” Their latest: a caustic game that asks players to use thoughts and prayers to stop gun homicides. It’s certainly not subtle. 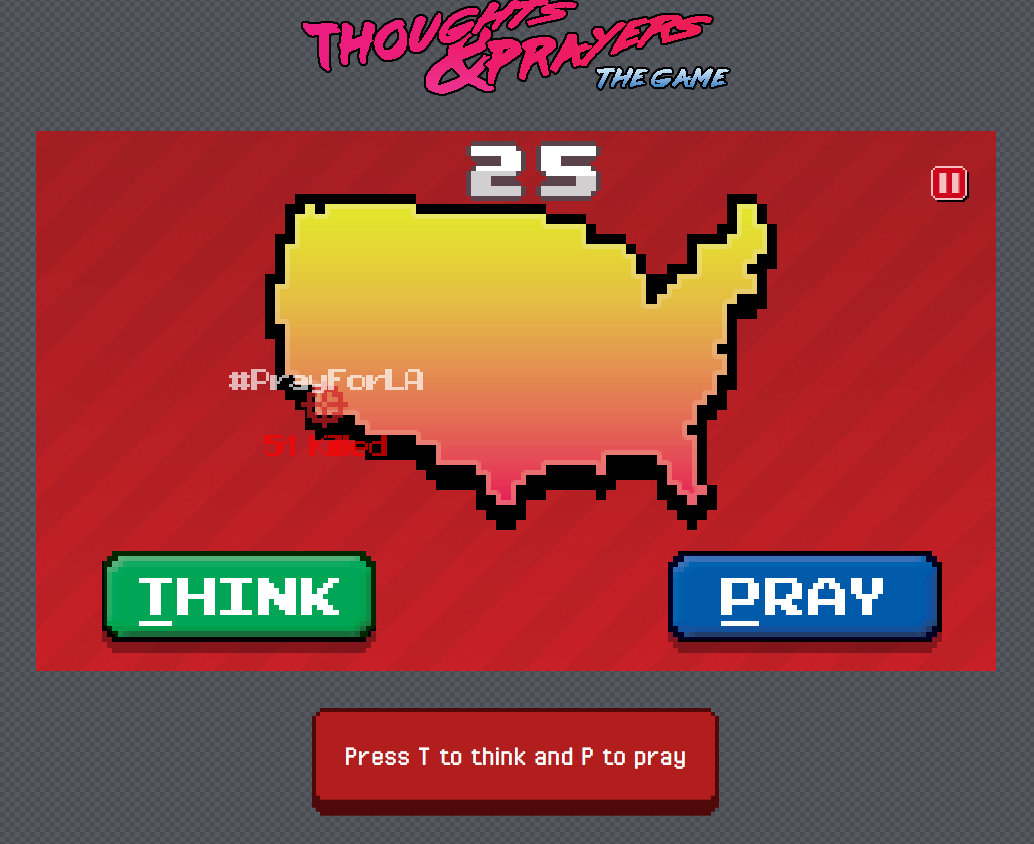 The Guardian US: “This is what America’s gun crisis looks like”

This graphical representation of gun homicides in the US was not published in the past week — but it was updated. In fact, the article updates every time a mass shooting occurs in America. It reveals that there have already been three more incidents since the June 12 shooting. 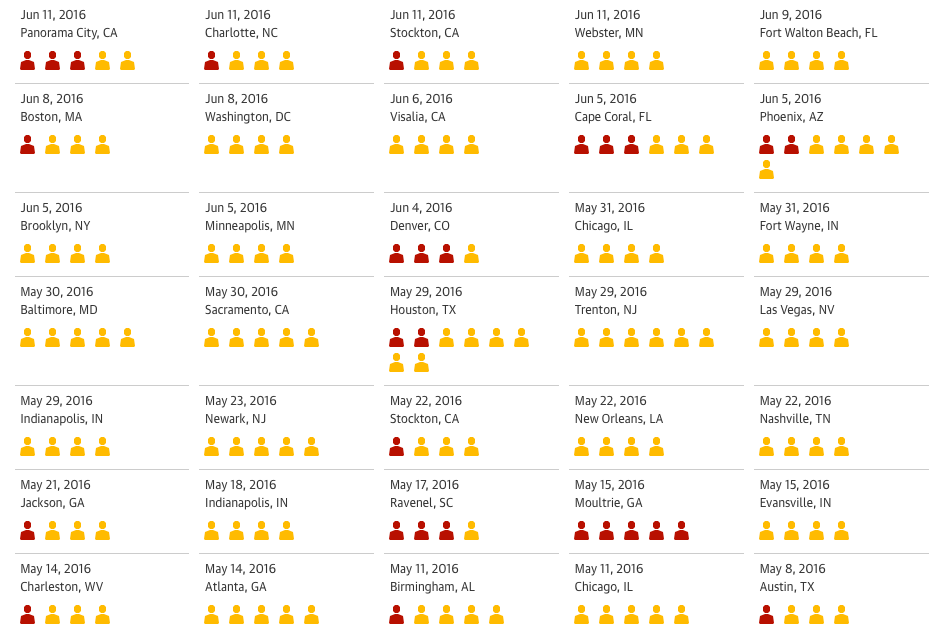