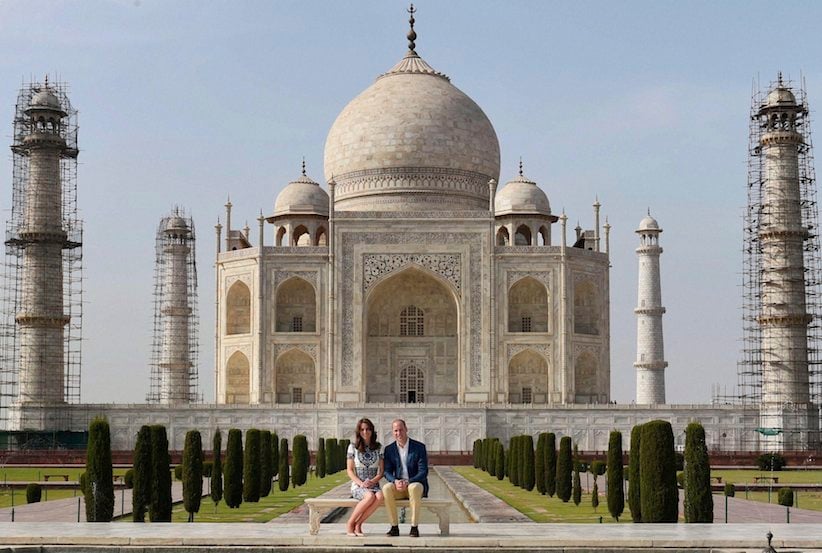 AGRA, India — The Duke and Duchess of Cambridge invoked nostalgia Saturday as they sat and smiled for photos on the same marble bench in front of the Taj Mahal where Prince William’s late mother, Princess Diana, had posed alone for a memorable 1992 photo.

Winding down their weeklong royal tour of India and Bhutan, William and his wife, the former Kate Middleton, were briefed by a guide as they entered the compound that houses the iconic monument to love.

Ahead of the British royals’ visit to the Taj Mahal, about a dozen armed policemen entered the complex and the left section was cordoned off. Ordinary tourists were allowed to enter the building from the right. The royal couple caused a great deal of excitement, with dozens of people taking pictures on their cellphones.

William and Kate’s visit was filled with symbolism. Comparisons will inevitably be made to Diana and the lonely figure she cut 24 years ago in front of the white marble mausoleum built by a Mughal emperor to entomb his beloved wife.

Newspaper headlines had suggested at the time that Diana was delivering a hidden message about the end of her marriage to Prince Charles. Four years later, the two announced their divorce.

Ahead of their visit, William and Kate’s communications secretary, Jason Knauf, had told reporters in London that William “feels incredibly lucky to visit a place where his mother’s memory is kept alive by so many who travel there.”

When asked Saturday how to describe the monument, William, on his first visit to India, replied, “Stunning.”

Despite the scorching April temperatures — it was well over 40 degrees Celsius (104 Fahrenheit) on Saturday —the royal couple smiled happily for photographs.

Much has been made of Kate’s wardrobe choices during her visit to India, and on Saturday she wore a summery white and blue dress that ended just above the knees.

The streets of Agra, a normally chaotic city, were freshly swept in the morning in anticipation of the royal couple. Agra is the last stop on William and Kate’s tour.

They arrived in Mumbai on April 10 and laid a wreath at the Taj Palace hotel, which was targeted in the 2008 terrorist attacks that killed 166 people in the city. They played cricket with local children and met Bollywood stars and business leaders at a charity ball before flying to New Delhi, where their schedule included lunch with Indian Prime Minister Narendra Modi and a birthday party to honour Queen Elizabeth II, who turns 90 next week.

The couple, travelling without their two young children, Prince George and Princess Charlotte, then flew to northeastern India’s Assam state to visit Kaziranga National Park, which has two-thirds of the world’s population of Indian one-horned rhinos as well as endangered swamp deer.

They then flew to neighbouring Bhutan for two days, at the invitation of its King Jigme Khesar Namgyal Wangchuck and Queen Jetsun Pema, before flying back to visit the Taj Mahal.

The royal couple was scheduled to leave for London on Saturday night. 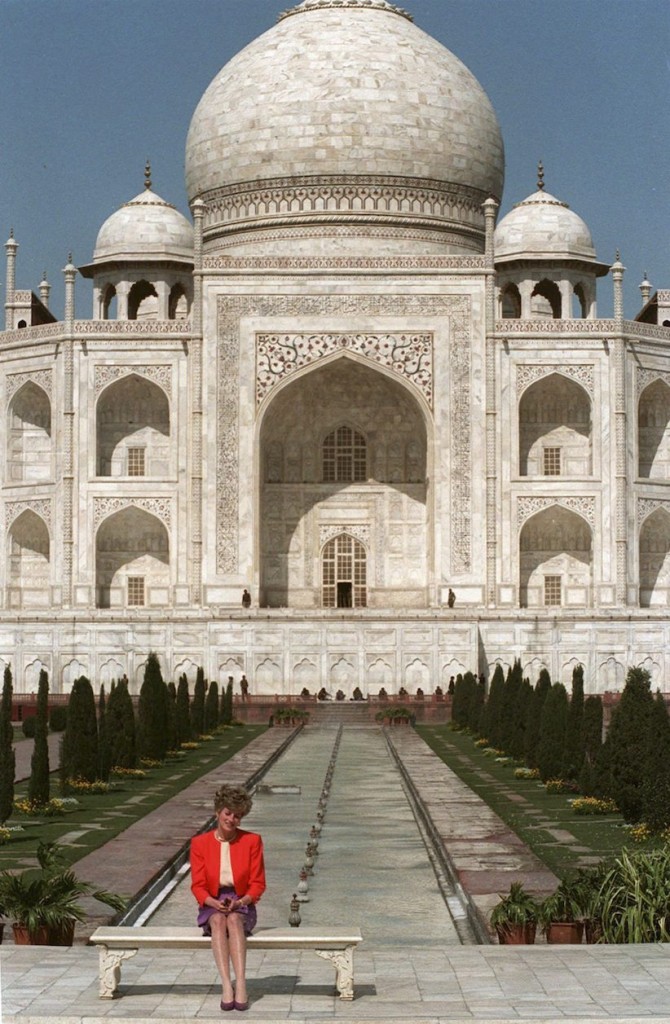