For the record: François Hollande's remarks after the Nice attack

'Horror... Horror has just descended on France once again,' Hollande said in his address to France. 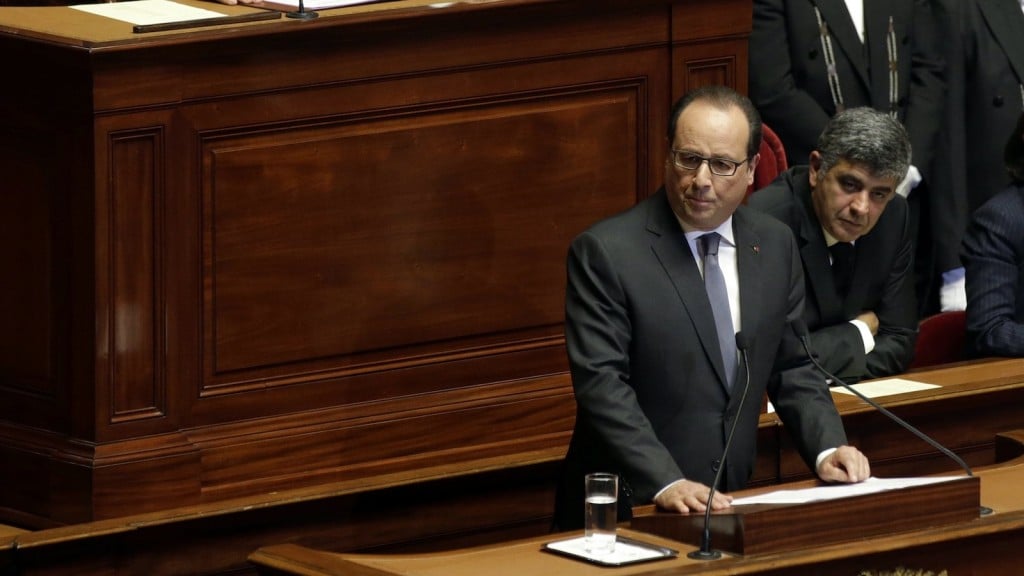 French President Francois Hollande delivers a speech at the Versailles castle, west of Paris, Monday, Nov.16, 2015. French President Francois Hollande is addressing parliament about France’s response to the Paris attacks, in a rare speech to lawmakers gathered in the majestic congress room of the Palace of Versailles. (Philippe Wojazer, Pool via AP)

For the record, these are French President François Hollande’s full remarks in the wake of a terrorist attack in Nice that killed dozens of people as the nation celebrated Bastille Day.

Horror… Horror has just descended on France once again.

As I speak, 77 people have sadly been killed, including several children, and some 20 people are in a critical condition. It cannot be denied that this was a terrorist attack and, once again, it was an extremely violent one, and it’s clear that we must do everything to ensure we can fight the scourge of terrorism.

The driver was shot dead. At this point we don’t know whether he had any accomplices, but we’re making sure that his identification, which is going to be confirmed, can put us onto any possible leads.

France was hit on its National Day, 14 July, the symbol of freedom, because human rights are denied by the fanatics, and because France is obviously their target.

On behalf of a nation in tears, I express our solidarity with the victims and their families.

All resources are being deployed to help the injured. The White Plan mobilizing all hospitals in the region has been triggered. After Paris in January 2015, then in November last year, along with Saint-Denis, now Nice, in turn, has been hit. The whole of France is under the threat of Islamist terrorism.

So in these circumstances, we must show absolute vigilance and unfailing determination.

Many measures have already been taken. Our legislative arsenal has been strengthened considerably. But because this is the summer season, we must further increase our level of protection.

So I’ve decided, at the Prime Minister’s proposal and together with the ministers concerned – the Defence and Interior Ministers – firstly that we’ll maintain Operation Sentinelle at a high level, which enables us to mobilize 10,000 soldiers, in addition to gendarmes and police.

I’ve also decided to call in operational reserves – i.e. all those who have at some point served under the flag or been in the gendarmerie – to come and help relieve the pressure on the police and gendarmes. We’ll be able to deploy them wherever we need them, particularly for border control.

Finally, I have decided that the state of emergency, which was to end on 26 July, will be extended by three months. A bill will be submitted to Parliament by next week.

Nothing will make us yield in our determination to combat terrorism, and we’re going to further intensify our strikes in Syria and Iraq. We’ll continue to hit those who attack us on our own soil, in their hideouts. I announced this yesterday morning.

A meeting of the Defence Council will be held tomorrow [on 15 July]. It will examine all the measures which we’ve already taken and which I’ve just announced. It will therefore enable all the necessary personnel to be deployed on every site and in every town and city where we need protection and vigilance.

Following this Defence Council meeting, I’ll go to Nice with the Prime Minister to support the city and its elected representatives in this ordeal and to mobilize all the necessary capabilities.

France is deeply distressed by over this new tragedy. It’s horrified by what has just happened, this monstrosity of using a lorry to kill, to deliberately kill dozens of people who had simply come to celebrate 14 July.

France is in tears, it’s deeply distressed, but it’s strong and will always be stronger – I assure you of that – than the fanatics who seek to attack it today. 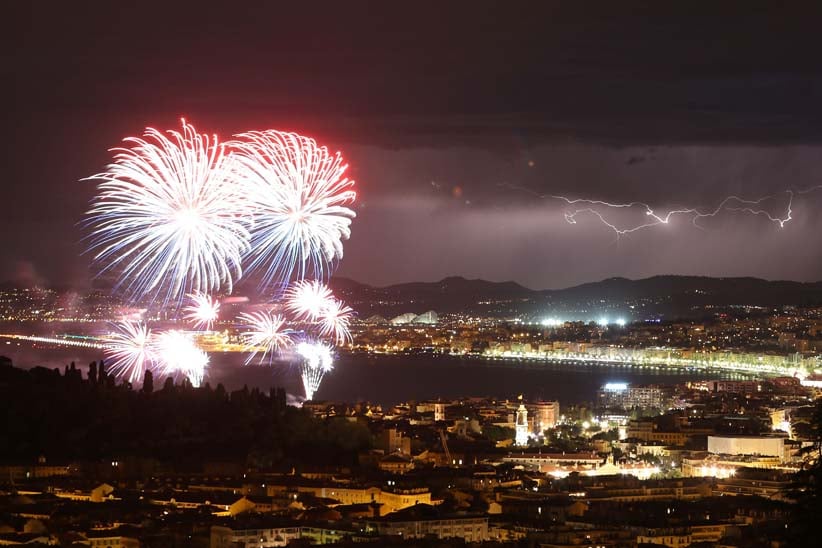