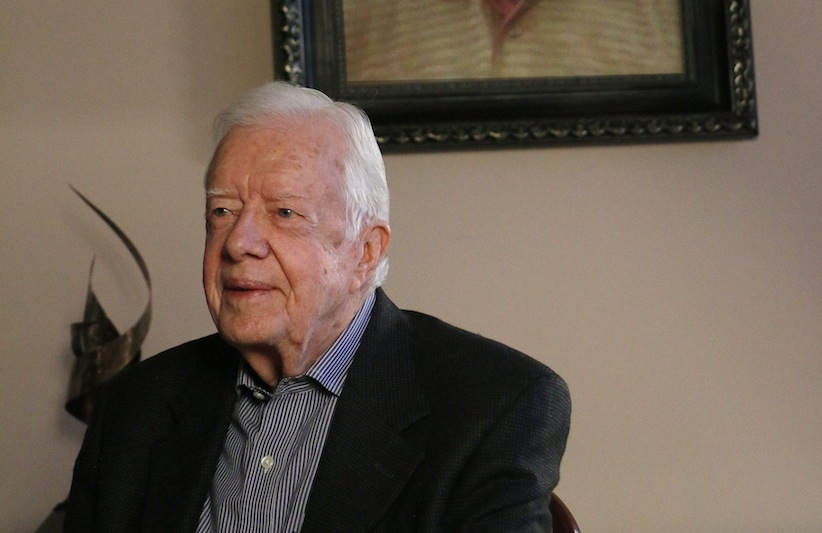 ATLANTA — Former President Jimmy Carter announced he has been diagnosed with cancer in a brief statement issued Wednesday.

“Recent liver surgery revealed that I have cancer that now is in other parts of my body,” Carter said in the statement released by the Carter Center. “I will be rearranging my schedule as necessary so I can undergo treatment by physicians at Emory Healthcare.”

The statement makes clear that Carter’s cancer is widely spread, but not where it originated, or even if that is known at this point. The liver is often a place where cancer spreads and less commonly is the primary source of it. It said further information will be provided when more facts are known, “possibly next week.”

Carter announced on Aug. 3 that he had surgery to remove a small mass from his liver.

Carter, 90, was the nation’s 39th president. After leaving the White House, he founded the centre in Atlanta in 1982 to promote health care, democracy and other issues globally.

He has remained active for the centre in recent years, making public appearances at its headquarters in Atlanta and travelling overseas including a May election observation visit to Guyana cut short when Carter developed a bad cold.

Carter Center spokeswoman Deanna Congileo called the surgery earlier this month “elective” and said Carter’s “prognosis is excellent for a full recovery. She declined to answer further questions at the time.