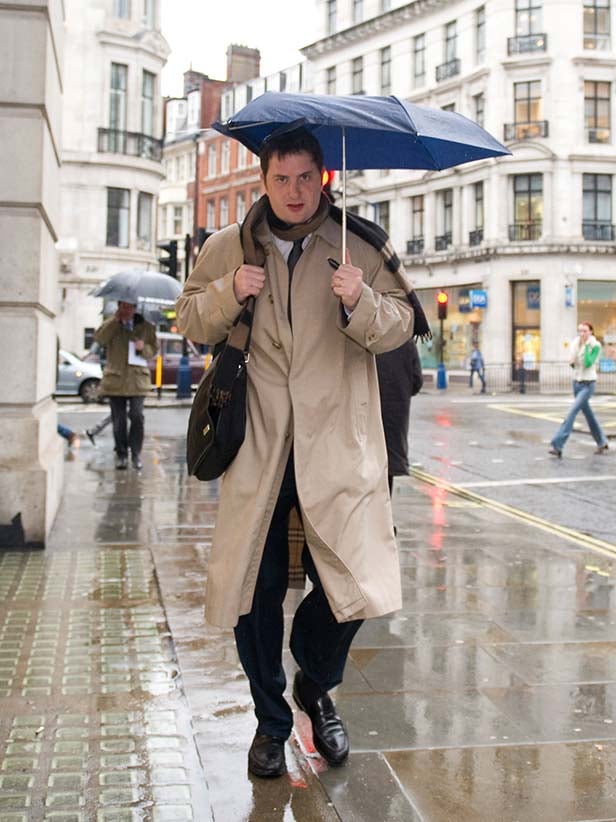 It has often been humorously remarked on in the British press that the Tory chancellor of the exchequer, George Osborne, bears some physical resemblance to a vampire. But last week it was the Conservative politician’s brother, the 39-year-old psychiatrist Dr. Adam Osborne, who looked more like a pantomime villain.

In a story that has made tabloid headlines across the country, the chancellor’s brother was officially struck off Britain’s medical register by the General Medical Council (GMC) after engaging in an extramarital affair with a vulnerable patient. The woman, described in a hearing with the Medical Practitioners Tribunal Service only as “Patient A,” had been treated for anxiety and chronic fatigue as well as substance abuse and self-harm in Osborne’s private practice in London between 2011 and 2014. Dr. Osborne admitted that the pair engaged in a consensual sexual and emotional affair over a two-year-period.

The tribunal chairman, Dr. Nigel Callaghan, declared that Osborne’s misconduct “undermines the public’s confidence in the medical profession.” He also emphasized that, in his view, Osborne was likely to reoffend if he were ever reinstated.

Perhaps more distressing than the affair itself was Osborne’s behaviour after the fact. Over the course of a four-day hearing in Manchester last week, the tribunal heard that he ended the affair with patient last February by email. In response to her lover’s callousness, Patient A attempted suicide two days later by taking an overdose of prescription medication washed down with alcohol. It was only after she sought help with a different psychiatrist that Patient A began to recover. That doctor, Neil Boast, suggested they report Osborne to the tribunal, which they did together late last year.

After Osborne was alerted to the complaint against him, he sent his former patient a series of emails over a 10-day period last year begging her to withdraw her complaint on the grounds that it would have a negative impact on his career and family life. Tribunal leaders described the emails as “profoundly manipulative” and escalating in tone.

Several of the emails were read out during the hearing. In one, Osborne begged Patient A, “Please don’t do this to me it will destroy me and my family in public.” A few days later he wrote, “You still have the power to tell the GMC that you made this up because you were angry at me for discontinuing therapy or that you were confused, paranoid, deluded—whatever excuse you can think of.”

In the end, Osborne resorted to threats, warning his former lover, “If I get into trouble for this then I will never forgive you for this and I will make sure you pay.”

It is not the first time Osborne has fallen afoul of his professional governing body. In 2010 he was suspended for six months after being found guilty of falsifying prescriptions for a family member, a girlfriend, as well as a prostitute with whom he’d been having an affair. In the latter case he’d attempted to obtain anti-psychotic medication for the woman, who was also a cocaine addict. The suspension occurred while he was still a trainee at Wythenshawe Hospital in Manchester. The GMC said Osborne’s history of misconduct was a large factor in why he had been struck off the register for good.

Adam Osborne is one of four sons in the Osborne family and five years younger than his powerful brother George. Their father, Peter Osborne, made a fortune in wallpaper after co-founding the company Osborne and Little, from which all his offspring received a sizable trust fund.

His public shaming could not come at a worse time for his older brother George, who is said to have his eye on Britain’s top political job once his school friend David Cameron steps down at some point during his current term, as publicly promised during the last election campaign. His brother’s 2010 escapade has uncomfortable echoes of Osborne’s own mini-scandal. In 2005 a photo surfaced of Osborne that had been taken when he was a political staffer in his twenties, smiling at a party with a professional dominatrix. On the table before them was a small line of white powder his companion told the press was cocaine. It’s a claim Osborne has always denied.

While Adam Osborne’s downfall is bad news for the chancellor, it’s good news for vulnerable patients in Britain. To his credit, the psychiatrist did not protest the GMC’s decision on his fitness to practise and said in a statement, “I realize that there is never any justification for breaking the boundaries of established good medical practice in regards to the doctor-patient relationship, and it is never in the best interests of the patient to do so. I have found medicine to be a very rewarding and fulfilling career and I am very saddened that this career is now inevitably over.”