Getting their just desserts 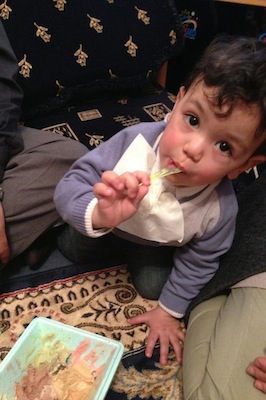 It’s been just over a year since Moammar Gadhafi was killed in Libya, bringing his violent, 40-year dictatorship to a sudden, brutal end. While the newly liberated country is still recovering from civil war and political unrest, some Libyan entrepreneurs are taking advantage of their new-found freedom—and for many, life is sweet. For the first time since economic sanctions were imposed in the early ’90s, the former Italian colony is finally indulging in the food it missed most—ice cream.

During the later Gadhafi years, it was almost impossible to acquire street-trading licences, and even more difficult to purchase the equipment and necessary ingredients from Europe. But since 2011, dozens of Italian-style ice cream shops have sprung up across the country. Every day, hundreds of Libyans brave long lines for brand-name flavours including Snickers and Nutella, and ice cream trucks are now common sights in city streets.

“There’s a market for it here,” Hussein Bannour, a gelateria owner from Tripoli, told the BBC. “Libyans are proud of things like this because we didn’t have it before.”