Go forth and win this soccer game

Argentina's San Lorenzo de Almagro soccer club is on a hot streak. Is it all thanks to its number one fan—the Pope? 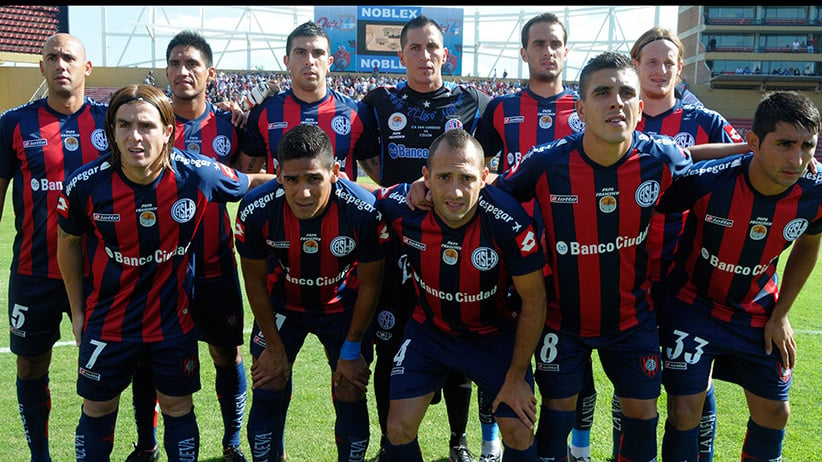 The “Francis effect” was on full display last Wednesday night in Buenos Aires, where the pope’s favorite soccer squad, San Lorenzo de Almagro, won South America’s biggest club tournament, the Copa Libertadores, for the first time. Fittingly, team vice-president Marcelo Tinelli promised to take the trophy to the Vatican where Pope Francis is both a San Lorenzo supporter and a figure some fans credit with reviving the fortunes of a franchise flirting with relegation only two seasons earlier. “If it were my decision, I would leave right now,” Tinelli told Argentine media. “I assure you that next week I will travel to Rome.”

Such is the intersection of faith and fútbol in Argentina, where San Lorenzo has now won both the national league and the Copa Libertadores since the election of Pope Francis in March 2013. “The fan base believes that Francis brings luck,” says sports writer Pablo Calvo, author of the book, Dios es Cuervo, on San Lorenzo and its relationship with Pope Francis. “Francis, with his gestures and love for San Lorenzo, has revitalized the club.”

In April, the club also got back the site of its old stadium, which had been expropriated by the military dictatorship in 1979 and the site later sold to the supermarket chain Carrefour. New laws allowed team to reclaim the site and Carrefour agreed to a sale in April 2014, something one analyst credits, in part, to the stature of Pope Francis in Argentina. Carrefour “doesn’t want to confront the pope,” pollster Sergio Berensztein, director of Poliarquia Consultores in Buenos Aires, said at the time.

Pope Francis expressed satisfaction with last week’s win upon arriving in South Korea for a papal visit. “Francisco awaits them in Rome,” Vatican director of pontifical ceremonies Guillermo Karcher told TyC Sports. The improbable outcome is another example of the supposed Francis effect, in which the pope somehow influences outcomes in Argentina—such as the national squad advancing to the World Cup final.

San Lorenzo makes no attempts at hiding its informal affiliation with the pope. The club put the pope’s photo on its jerseys after his election. A current version of its logo features a halo. The team travelled to the Vatican after winning the league title in December 2013, which it improbably claimed after stumbling down the stretch. Of course, some observers say the club was more astute than the beneficiary of divine intervention: “San Lorenzo was in a deplorable situation in 2012,” says Adrián Yarde Buller, an economist and soccer fan in Buenos Aires. New management, he says, “followed a serious plan, cleaned up its finances” and hired the right coach.

Pope Francis has always found joy in the sport. He would reportedly listen to games on the radio at his modest apartment next to the Buenos Aires Cathedral. It was perhaps apt that he supported San Lorenzo as faith is deeply rooted in the club’s history: It was founded by a priest, Father Lorenzo Massa, in 1908, and subsequently nicknamed, “Cuervos,” or, “Crows,”—slang for priests in some parts of Latin America.

San Lorenzo draws comparisons to the NFL’s Green Bay Packers, a team with some success and a fan base of member-owners. Francis took out a San Lorenzo membership in 2008. Appropriately enough, the final four digits of his membership—8235—were in the winning combination in the national lottery the day he was elected pope.  Some luck.