Hailing a P.I. for taxi lost-and-found

On the cold, mean streets of Beijing, a private detective searches taxis to recover lost objects and hope 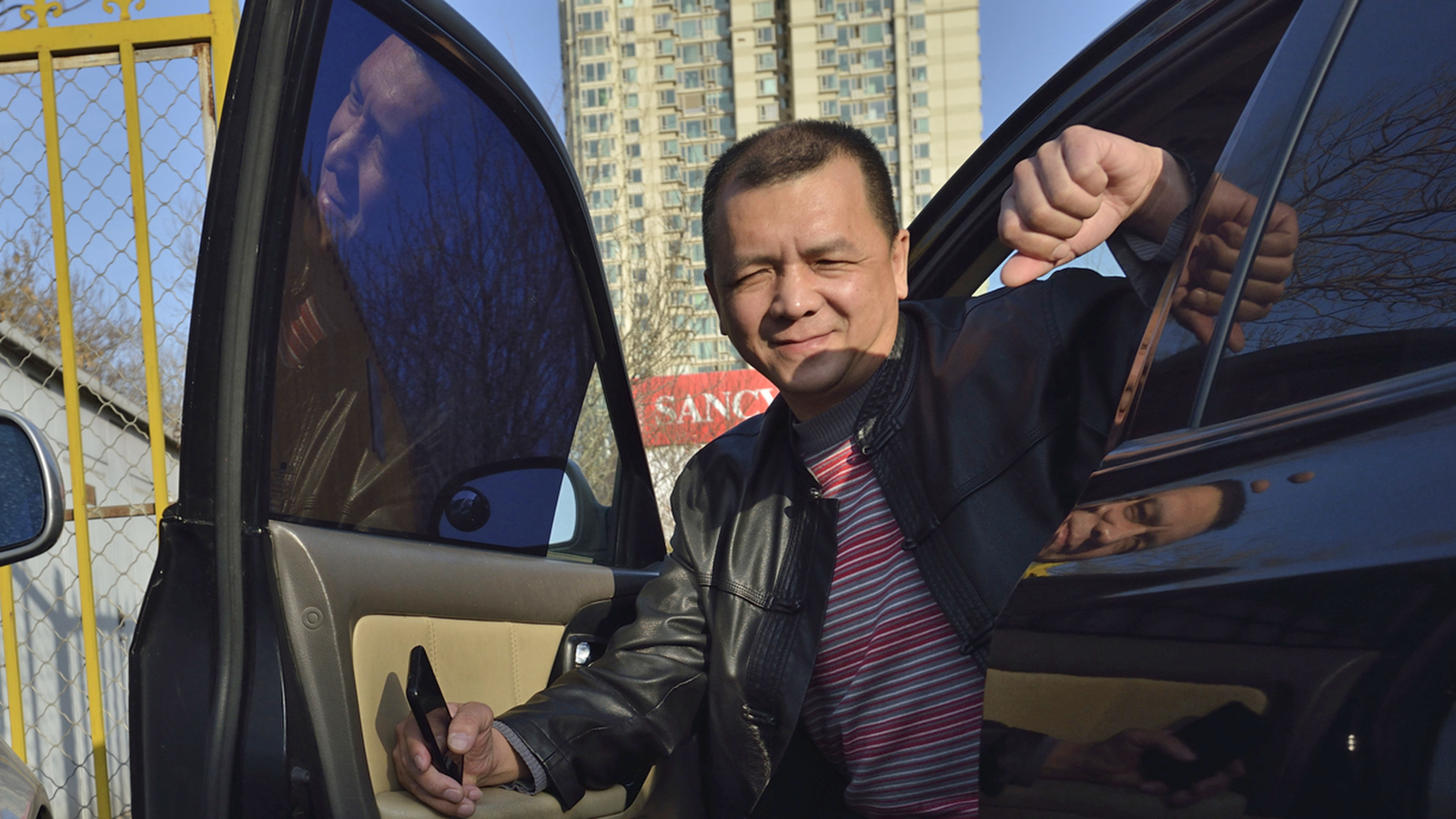 Ding Jian is a sleuth of pleather seat cushions and a gumshoe of grungy floor mats. This Chinese private investigator isn’t concerned with cheating lovers or petty theft. Instead, he focuses on the valuables misplaced in the back of taxis by Beijingers who don’t realize their possessions are missing until their rides are gulped up by the city’s bloated traffic jams.

It all started back in 2006, when Ding was a cab driver who often returned items to forgetful passengers. In 2008, he turned those good deeds into a business. Since then, he has retrieved everything from a supermodel’s Louis Vuitton outfit to a fortune in jade for a Muslim jeweller. Cabbies and the police now recommend Ding’s services to anyone filing such complaints. On a recent case, he recovered a client’s briefcase within 24 hours.

In a city that has developed a reputation for its cold, apathetic streets—due in part to the absence of Good Samaritan laws, which discourages people from being helpful—Ding has become something of a symbol of hope. He starts each case by going to where clients left their taxis and asking nearby shop owners to show him their security camera footage. That usually gives him a glimpse of the cab, from which he can determine the paint scheme and parent company. From there, Ding starts tracking down drivers. He typically charges half of what each missing item is worth. At the suggestion that he could further exploit such situations, Ding shakes his head and says, “I’m not a robber.” Zhang Shouwang, a musician who hired Ding to retrieve the guitar and effects pedals accidentally left in a cab, says the P.I. charged him a little over $700. Zhang adds: “I would’ve paid so much more.”

Ding’s business sense is also at odds with the city he calls home. Beijing, much like Shanghai, is obsessed with the pursuit of wealth. Its historic narrow alleys, called hutongs, are being bulldozed and replaced with massive towers and roads filled with luxury cars. Corruption is also a problem. “In a country where political rule trumps the rule of law, those thinking about turning to police may not have much faith,” says Joshua Rudolph, a freelance reporter for China Digital Times. That, he says, is why many Chinese turn to private detectives for help.

Nevertheless, Ding keeps close ties with the Chinese police, whose officers are pleased to see someone take on lost-and-found cases. Traffic cops, for instance, regularly grant the P.I. access to their CCTV street footage so he can better track taxis.

Zhang says Ding’s lack of cynicism isn’t merely charming. The guitarist sees it as a hallmark of China’s better days. “People were once nice in China because we were equally poor. Now everyone is focused on living in tall apartment buildings and getting rich,” Zhang says. “Ding isn’t like that. He’s helping people and getting successful from it. As more ordinary Chinese people find that kind of success, we will all start treating each other better.”