Tel Aviv team determined a hoard of Hebrew inscriptions, dated to around 600 BC, were written by at least six different authors 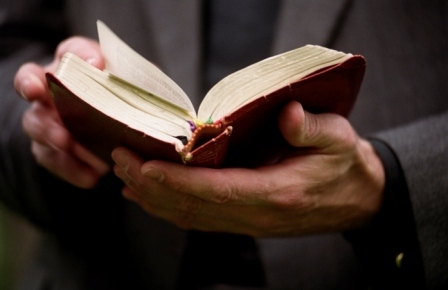 JERUSALEM — Israeli mathematicians and archaeologists say they have found evidence to suggest that key biblical texts may have been composed earlier than what some scholars think.

Using handwriting analysis technology similar to that employed by intelligence agencies and banks to analyze signatures, a Tel Aviv University team determined that a famous hoard of ancient Hebrew inscriptions, dated to around 600 BC, were written by at least six different authors. Although the inscriptions are not from the Hebrew Bible, their discovery suggests there was widespread literacy in ancient Judah at the time that would support the composition of biblical works.

The findings, released Monday by the Proceedings of the National Academy of Sciences, an American scientific journal, contribute to a longstanding debate about when biblical texts first began to be compiled: did it take place before or after the Babylonian siege and destruction of Jerusalem in 586 BC and the exile of its inhabitants to Babylon?

In recent years, many scholars have attributed the composition of a group of biblical texts, from the Book of Joshua to the second Book of Kings, to the period after the siege, according to Israeli archaeologist Israel Finkelstein, who participated in the study. That theory holds that the biblical texts were written as a result of the exile to Babylon, when the composers began to think about their past and put their history to parchment.

Finkelstein, however, said he has long believed those texts were written in the late 7th century BC in Jerusalem, before the siege. He said the study offers support for that theory.

“It’s the first time we have something empirical in our hands,” said Finkelstein.

The team _ made up of doctoral students in applied mathematics, math professors, archaeologists and a physicist _ examined 16 ink inscriptions on ceramic shards discovered at the site of an ancient military fortress in Arad in southern Israel. It used multispectral imaging to reconstruct Hebrew letters that had been partially erased over time, and then used a computer algorithm to analyze the writings to detect differences in handwriting strokes.

Doctoral student Arie Shaus, who helped develop the algorithm, said it was the first time such technology has been used to reconstruct and perform handwriting analysis on ancient Hebrew inscriptions.

The inscriptions themselves are not biblical texts. Instead, they detail troop movements and expenses for provisions, indicating that people throughout the military chain of command down to the fort’s deputy quartermaster were able to write. The tone of the inscriptions, which suggest they were not written by professional scribes, combined with the fortress’ remote location, indicate a wide spread of literacy at the time, according to the study.

A high level of literacy would support the idea that some biblical texts had already been authored by this time. The Dead Sea Scrolls, the oldest known collection of certain biblical texts, are believed to date several centuries later.

Shmuel Ahituv, an Israeli bible scholar who did not participate in the study, also believes literacy in ancient Judah was widespread before 586 BC and that the biblical texts in question were written before the siege of Jerusalem. He said he believes this is apparent through a literary analysis of the biblical texts alone.