Have a laugh at Guatemala's new president

Before becoming the new leader of his country, Jimmy Morales was a comedian known for groan inducing jokes 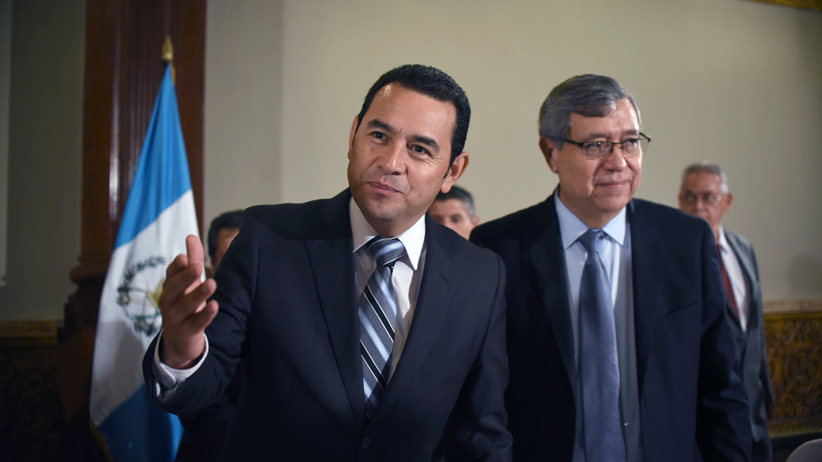 Morales brings no political experience to his new post. He brings vague policy proposals and the backing of a shady bunch of ex-military men. But voters seem to like his lack of a political past, especially after corruption scandals over the spring and summer sent protesters into the streets and landed the previous president and vice-president in prison. “Jimmy represents the anger of Guatemalans at the political class,” says María Wer, a recent university graduate in Guatemala City. “He’s someone fresh,” she adds.

Morales, 46, a comedian and evangelical Christian, would crack jokes during campaign stops and tell parables from the Bible. He coined the campaign slogan “Not a thief, not corrupt,” but offered few specifics other than promising better government and reiterating his opposition to abortion and same-sex marriage. Prior to the run-off election he mused about ideas like tracking teachers with GPS to make sure they were giving classes (not a joke). In his first act on Monday, he named a transition team, “almost all of them complete unknowns,” says Alejandro Quinteros, a political analyst in Guatemala City.

As for his comedy career, it featured politically incorrect comedy, in which he christened characters like “Black Pitaya” (Black Dragonfruit). He would don an Afro wig, paint his mouth white and masquerade in blackface. “You know what’s the longest word?” Black Pitaya asked in one of the short segments, airing on Morales’s national TV show. “¡Arroz! [Rice.] It starts with ‘A’ and ends with ‘Z.’ ” (Cue groaning.) His show mocked the Indigenous, featured county bumpkin skits and even had him starring as a cowboy who became president.

In an episode of TV-turned-reality, Morales overwhelmingly won the presidential run-off election Oct. 25 over former first lady Sandra Torres–whose own past included the almost comedic divorcing of then-president Alvaro Colom in 2011, simply so she could skirt election laws and contest that year’s presidential elections.

Morales started out as an unknown and worked his way up from humble origins. He was born into poverty, sold bananas in the street as a child, studied business in university and found his way into sketch comedy, starring with his brother Sammy in the show Moraleja (Morals). In an interview with the Washington Post he called the program, which lasted 15 years, “Good humour for the whole family.” He added, “We’ve never tried to denigrate any ethnic group. On the contrary, all the people from different populations love us a lot.”

He later jumped into politics. His only experience prior to pursuing the presidency was placing a distant third in a 2011 mayoral election in the Guatemala City suburbs. A group of ex-soldiers with ties to the 1960-96 civil war subsequently convinced him to run with their National Convergence Front in 2015. It’s a connection that causes disquiet for some. “He may be a political outsider, but he is backed by the most conservative elements in Guatemalan society, retired military veterans who see democratic politics as a continuation of the brutal civil war they waged against leftist guerrillas for over more than three decades, and a traditional business elite,” says Anita Isaacs, political science professor at Haverford College, who studies Guatemala. “Morales was able to capitalize on widespread popular rejection of the political status quo to turn his political inexperience into his biggest political asset.”

The time was right for an unconventional candidate like Morales. Guatemalans protested peacefully for months against a scandal known as La Línea, in which politicians were accused of collecting kickbacks from importers in exchange for paying lower import duties or allowing products to enter the country duty-free. The case implicated then-president Otto Pérez Molina and his vice-president, Roxana Baldetti, who have both been indicted and remain behind bars.

Much of the evidence against the pair came from investigators with the International Commission Against Impunity in Guatemala (CICIG,) established in 2007 by the government and the United Nations. After some early struggles, “It’s gone after the entire political system,” says Mike Allison, a political science professor at the University of Scranton and an expert on Central American politics. “No one is safe.” Except, for now, the joker who is now charge.