Opinion: It was a reminder that a nuclear war is possible, and a reason to educate ourselves about how to survive an attack 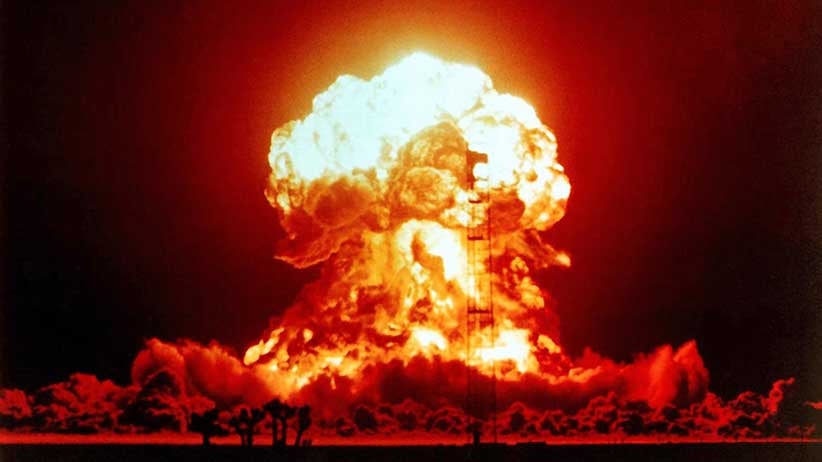 Early on Saturday morning, every person in Hawaii faced a horrifying threat of something we’ve foolishly convinced ourselves could never really happen. Parts of the state government’s emergency alert system were activated, reportedly by human error.

“BALLISTIC MISSILE THREAT INBOUND TO HAWAII. SEEK IMMEDIATE SHELTER. THIS IS NOT A DRILL,” read a text message transmitted to cellphones across the state. The horrid “dual-tone” alert buzz of the old Emergency Broadcast System interrupted television and radio programming, so a robotic voice could deliver the same warning, as well as an urgent call for Hawaiians to get in doors and take cover.

Due to tensions with North Korea, the island has recently been conducting attack drills. This is fresh on their minds. People listened. Awful videos have emerged of panicked Hawaiians running for cover and, in one horrible case, lowering their children into the shelter of a storm sewer. Those who remembered the dark days of the Cold War and Mutually Assured Destruction must have had nasty flashbacks to old nightmares, and even those with no living memory of the superpower standoff must have grasped intuitively what the alerts meant: their world was ending.

READ: In Hawaii, a false-alarm missile alert is a shocking glimpse of reality

Maclean’s own Adrian Lee is vacationing in Hawaii, and spoke to this point well in a piece filed shortly after the incident. “A college basketball game on the TV I was watching was interrupted by an atonic beep,” he wrote, “a bold red ticker, and then a grim voice: ‘A missile may impact land or sea in minutes … This is not a drill.’ … I allowed myself the thought: this might actually be real.”

This is a debacle of the first order. Heads must roll for this disgrace. The damage is not just in the panic caused, but in the danger that in the future, the population of Hawaii might ignore a real warning because this one has left them jaded.

That being said, there is some strange value in this incident, as unsought as it was. The people of Hawaii have been reminded that nuclear war, while unlikely, is possible. At this very moment, there are likely dozens of submarines loaded with scores of nuclear warheads hiding in the world’s oceans. Hundreds of intercontinental ballistic missiles, tipped with massively powerful hydrogen bombs, are scattered across American and Russian and Chinese landscapes, ready to fly in moments. And there are, of course, the rogue states, such as North Korea, which is getting close to having a fully credible nuclear strike capability.

This is not science fiction or retro eighties kitsch. Military men and women around the world wake up every day and go to work, keeping their fingers on nuclear triggers. Some of those bombs might be aimed at a target near you.

The natural response for those horrified by Saturday’s disgrace will be anger followed by as swift as possible a return to normal, plus lingering skepticism about any future alerts. But for those who truly believed Saturday that their lives were ending, this is a good chance to educate themselves, even just a little bit, about the reality we all live under: The Cold War ended; the nuclear era never did.

Despite what most people assume thanks to Hollywood depictions, nuclear weapons aren’t magic. A little bit of education and preparation could help a lot of people survive a nuclear attack. Most people think that a nuclear bomb exploding nearby means instant, automatic death. Not so. Most nuclear bombs in service today are simply not powerful enough to totally incinerate a major city. As devastating as a nuclear attack would be, even just a few miles from ground zero, most people would survive the intense pulse of heat and the shockwave that would follow. Consider the reality of urban sprawl in North America. We’re simply too spread out to all die at once.

And many would have a decent chance of staying alive if they knew a few basic things: use the first few moments after the detonation to make sure your location is not on fire (that heat pulse could ignite any fabrics or flammable materials, in or outside the structure) or teetering due to the blast wave. Once you’re certain you’re in no danger from fire or structural collapse (or have moved to a safer building), get into a basement or interior room, as far away from windows and exterior walls as possible. Surround yourself with the heaviest material possible, even filing cabinets full of documents would provide meaningful protection from the radiation that would follow swiftly, but not immediately, after the blast.

A day or two so sheltered would not be long enough to completely avoid exposure to radiation, but it would hopefully limit exposure during the first 48 hours, during which time the intensity of the radiation will have dropped by 99 per cent.

Many scoff at the notion of surviving a nuclear attack. But the most devastating kind of nuclear war—a full-on exchange between the U.S. and Russia and/or China—is the least likely scenario. Far more likely is a rogue state like North Korea attacking with a handful of bombs, not thousands, or a terrorist group setting off a single one. That kind of attack would be the darkest day in human history. But it could be survived.

Most people don’t know these things. It’s understandable. Most of us aren’t even prepared for the relatively trivial, and vastly more probable, inconvenience of a days-long blackout or something like an ice storm. A nuclear blast seems impossible, and too deadly to worry about, anyway. Or perhaps you’re satisfied in your (likely wrong) belief that you’d simply die in the flash, anyway.

But in the face of danger, we’re wired to survive. We run for cover and drop our children into sewers. Hawaiians know that now, or they should. If some choose to get educated, and find a way to trust an alert should any come again, the scare they received on Saturday could one day save their life.

Matt Gurney is a host at Global News Radio 640 Toronto and a columnist for Global News. Twitter: @mattgurney