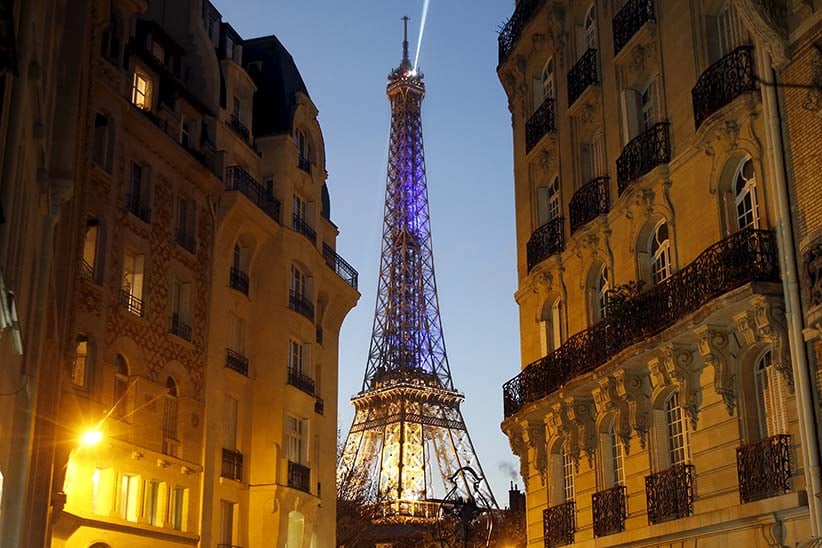 Prime Minister Justin Trudeau is among the 151 national representatives at the two-week negotiations that aim to complete a binding framework for post-2020 emissions reductions.

Related: Obama on climate change ‘that hour is almost upon us’

“I’m not choosing between the fight against terror and the fight against global climate change,” he said in his opening address, after delegates observed a moment of silence for terrorism victims in France, Lebanon, Iraq, Tunisia and Mali.

“Because we must leave our children more than a planet free of terrorism … We must leave them a viable planet.”

“Essentially what is at stake with this climate conference is peace,” said the French president.

The conference site, a sprawling airfield outside Paris, was a remarkable scene as more than one hundred country leaders and several thousand official delegates and journalists converged.

U.S. President Barack Obama called the gathering “an act of defiance” when addressing the delegates.

“What greater rejection of those who would tear down our world than marshalling our best efforts to save it,” he said.

Trudeau had been asked last week about the nexus of climate and terror after UN secretary general Ban Ki-Moon raised the link at a news conference in Malta during a Commonwealth summit.

Trudeau, who is wrapping his second major international summit tour in three weeks, said security and climate change have figured in every conversation he’s had with other world leaders, but added, “I don’t see a direct link there.”

The prime minister was continuing his frenetic networking Monday on the sidelines of the climate conference, sitting down with the presidents of the European Union and European Commission, Israel’s Prime Minister Benjamin Netanyahu and the King of Jordan, among others.

Trudeau announced in Malta last week that Canada will contribute $2.65 billion over five years to a climate adaptation and mitigation fund.

On Monday at the conference, Canada was credited with a $30-million contribution towards a $250-million fund to help the world’s poorest countries adapt to immediate climate threats.

“Given that we’re already locked into climate change trajectories for many years to come, increased investment in adaptation has to be at the core of the new climate agreement,” said Naoko Ishii, the head of the Global Environmental Facility which administers the fund, said in a release.

The climate summit technically got underway Sunday afternoon at the former military airbase and civilian airport in Le Bourget, just outside Paris, with a minute of silence for the victims of this month’s terrorist attacks in the French capital.