Hollande on Calais: 'There will not be a new settlement' 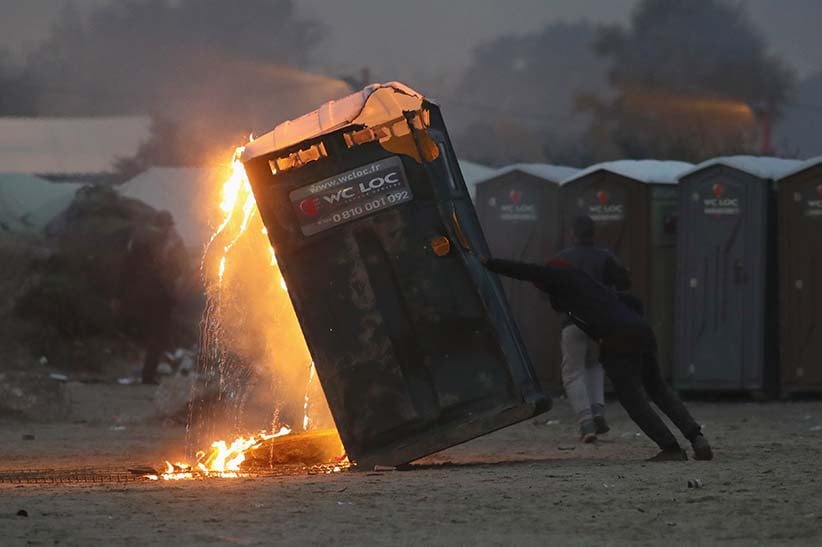 A migrant sets fire to a chemical toilet inside the Jungle camp on October 24, 2016 in Calais, France. (Christopher Furlong/Getty Images)

PARIS — French President Francois Hollande says migrants won’t be allowed to resettle at a now-razed camp in Calais that had become a vast, lawless slum.

Authorities cleared the last of the camp’s makeshift shelters Monday night after evacuating 5,000 migrants to temporary housing around France.

In an interview published Tuesday in La Voix du Nord newspaper, Hollande is quoted as saying, “I promise (Calais residents) that there will not be a new settlement.”

He said more than 1,000 underage migrants now housed in containers in Calais will move within days to “dedicated centres” where British authorities can study their cases.

Hollande urged Britain to “do its share” to take in child migrants. Migrants fleeing fighting and poverty in the Middle East and Africa converged on Calais in hopes of reaching Britain.