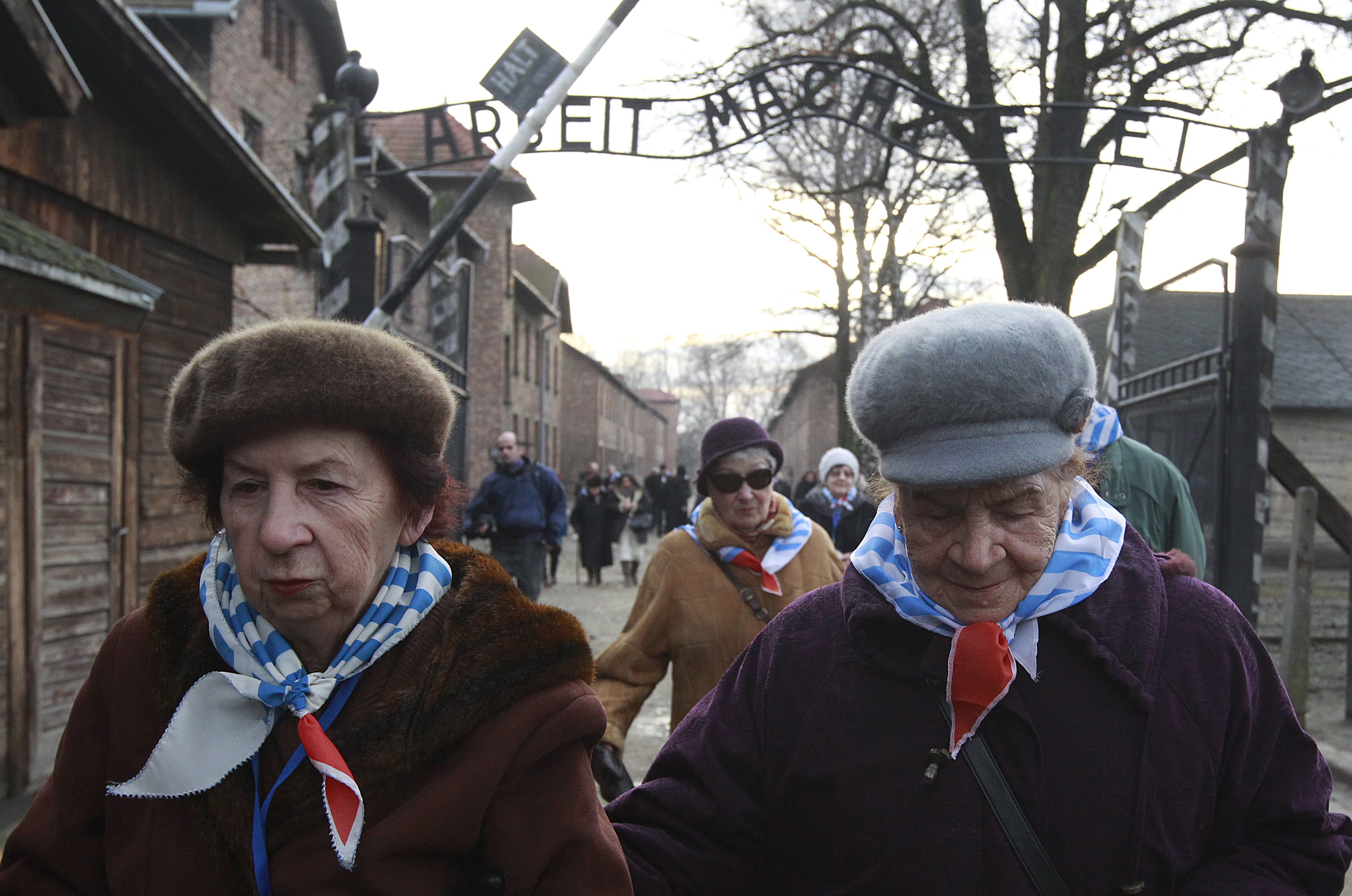 WARSAW, Poland — Dozens of elderly Holocaust survivors lit candles at Auschwitz exactly 71 years after the Soviet army liberated the death camp which has become the most powerful symbol of the human suffering inflicted by Nazi Germany during World War II.

Events Wednesday at the former death camp in southern Poland came as world leaders and others across the world mark the U.N.-designated International Remembrance Day.

The event come amid warnings of a resurgence of anti-Semitism casting a shadow over a new generation of European Jews, driving some to leave the continent.

Federica Mogherini, the European Union’s top foreign affairs representative, said in a statement: “We must be honest enough to admit that more than 70 years after the Shoah, anti-Semitism is still alive in our ‘civilized’ European Union.”

Prime Minister Justin Trudeau issued the following statement on the International Day of Commemoration in Memory of the Victims of the Holocaust:

“On this day, we pay tribute to the memory of the millions of victims murdered during the Holocaust. We honour those who survived atrocities at the hands of the Nazi regime, and welcome their courageous stories of hope and perseverance.

“The Holocaust is a stark reminder of the dangers and risks of allowing hate, prejudice, and discrimination to spread unchallenged. It also reminds us that silence must never be an option when humanity is threatened.

“As we pause to educate ourselves and our families on the bitter lessons of the Holocaust, we also strengthen our resolve to work with domestic and international partners to continue defending human rights and condemning intolerance.”

“Today we remember the countless innocent men, women, and children, including six million Jews who were murdered in Nazi death camps during the Second World War.

“We also honour those who survived the terrible cruelty of the Holocaust – tens of thousands of whom eventually made their way to Canada – and express our gratitude to those who put their own lives in danger to come to their aid.

“The fortitude of the survivors and the courage of those who gave them comfort and shelter in the face of unspeakable evil has been and remains an inspiration to generations since.

“Sadly, today is also a day to remind ourselves that the undisguised anti-Semitism of the Nazi-era still festers in too many parts of the world – and that it can reach even into our own society, clothed in more subtle garb.

“In too many parts of the world people still face terror, persecution, and oppression not for anything they have done, but simply for who they are or for what they believe.

“We call on the Government of Canada to continue to stand against this, both in words and actions, here at home and around the world.

“And we call on the Government to follow through on the all-party commitment to the international 2009 Terezin Declaration regarding the restitution of property stolen by the Nazis from Jewish families during the Holocaust.

“Today, on the seventy-first anniversary of the liberation of Auschwitz-Birkenau, the largest of the death camps, all people who cherish freedom, justice, and tolerance are called upon to reflect on one of the darkest periods of human history. And we are called upon to renew our commitment to a solemn vow: “Never again.””