How a South Korean court formally ended its president's rule

As a scandal costs South Korea's president her job, political watchers fear a violent response in the country 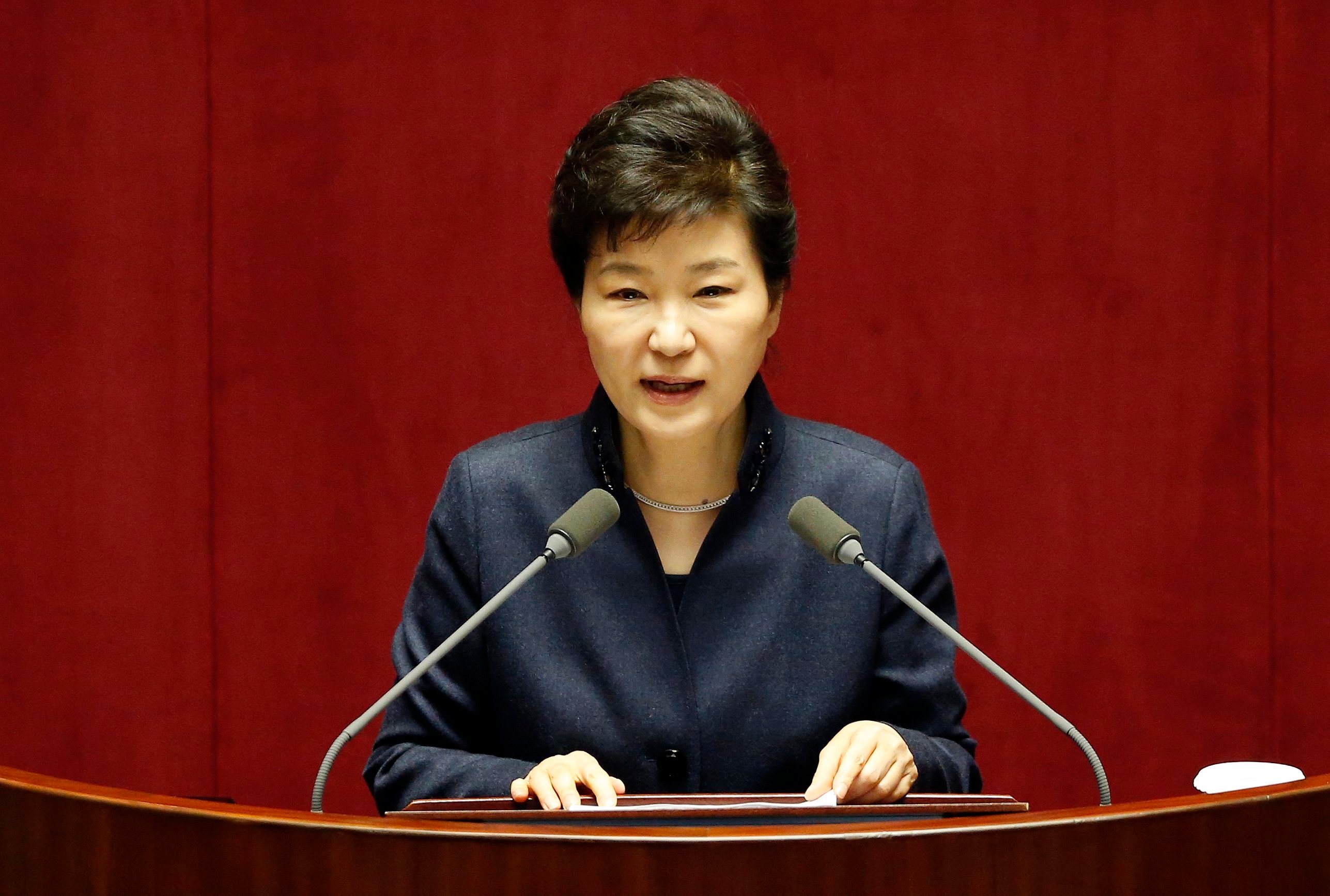 It was a stunning fall for Park, the daughter of a dictator who rode a lingering conservative nostalgia for her father to a big win in 2012, only to see her presidency descend into scandal. The unanimous ruling opens her up to possible criminal proceedings, and makes her South Korea’s first democratically elected leader to be removed early from office since democracy came in the country in the late 1980s.

MORE: What now, in South Korea?

South Korea must now hold an election within two months to choose Park’s successor. Liberal Moon Jae-in, who lost to Park in the 2012 election, currently enjoys a comfortable lead in opinion surveys. Whoever becomes the next leader will take over a country facing a hostile North Korea, a stagnant economy and deep social and political divides.

Pre-verdict surveys showed that 70 to 80 per cent of South Koreans had wanted the court to approve Park’s impeachment. But there have been worries that Park’s ouster would further polarize the country and cause violence between her supporters and opponents.

Park’s parliamentary impeachment in December came after weeks of Saturday rallies that drew millions who wanted her resignation. Overwhelmed by the biggest rallies in decades, the voices of Park supporters were largely ignored. But they’ve recently regrouped and staged fierce pro-Park rallies since.

People on both sides have threatened not to accept a constitutional Court decision that they disagree with. One of Park’s lawyers told the court last month that there will be “a rebellion and blood will drench the asphalt” if Park is booted from office. Many participants at anti-Park rallies had said they would stage a “revolution” if the court rejected Park’s impeachment.

“If Park accepts the ruling and soothes those who opposed her impeachment, things will be quiet,” said Yoon Tae-Ryong, a political scientist at Seoul’s Konkuk University. “But looking at what she’s done so far, I think that might be wishful thinking.”

Others disagreed, saying violent protests won’t be supported by the general public.

Here’s a look at key developments in a memorable, tumultuous stretch in South Korean politics:

Oct. 24: Another TV station, citing files found from a tablet computer, reports that Choi, who has no official government role, received classified government information such as advance drafts of presidential speeches.

Oct. 25: Park publicly acknowledges her close ties with Choi, and says Choi helped her on speeches and public relations issues during her 2012 presidential campaign and after her 2013 inauguration.

Oct. 27: State prosecutors launch a special investigation team to look into the scandal.

Oct. 29: First of what becomes a series of large anti-Park rallies is held in Seoul.

Oct. 30: Choi returns to South Korea from Germany. Two days later, while being rushed into a Seoul prosecutors’ office, she tells reporters she “committed a sin that deserves death.”

Nov. 4: Park in her second apology over the scandal expresses remorse, but denies that she was involved in any legal wrongdoing.

Nov. 20: In indicting two former Park aides and Choi, state prosecutors say they believe the president was “collusively involved” in criminal activities by the suspects, who allegedly bullied companies into giving tens of millions of dollars to foundations and businesses Choi controlled, and enabled Choi to interfere with state affairs. Park’s lawyer calls the accusations groundless.

Dec. 3: Opposition lawmakers formally launch an attempt to impeach Park, setting up a floor vote. Massive crowds said to be more than 2 million demonstrate across the nation calling for Park’s ouster.

Dec. 9: Lawmakers pass the impeachment bill on Park by a vote of 234 for and 56 opposed. The constitutional Court begins preparations for Park’s impeachment trial.

Jan. 1, 2017: In a surprise New Year’s meeting with reporters, Park accuses her opponents of framing her.

Jan. 5: The constitutional Court begins hearing arguments in Park’s trial. One of Park’s lawyers compares her impeachment to the “unjust” deaths of Jesus Christ and ancient Greek thinker Socrates.

Jan. 16: Choi, Park’s jailed friend, appears in the impeachment trial and denies accusations related to her.

Jan. 25: A former culture minister tells court Park’s office blacklisted thousands of artists deemed as unfriendly to her government with an intention to deny them state support.

Feb. 17: Lee Jae-yong, the billionaire scion of Samsung, South Korea’s largest business group, is arrested over suspicions that he bribed Park and Choi in exchange for business favours.

Feb. 22: One of Park’s lawyers tells court there will be a “rebellion and blood will drench the asphalt” if the court unseats Park and she is later acquitted of her charges through a criminal proceeding. Court closes arguments five days later.