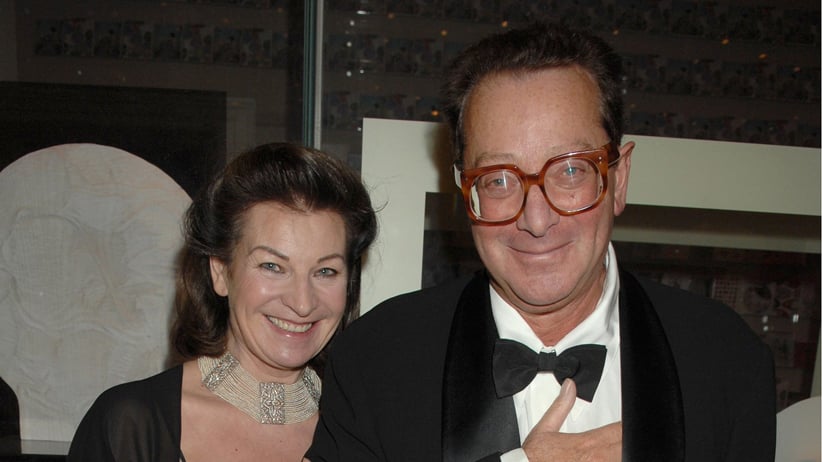 Maurice Saatchi, a baron in Britain’s House of Lords, has long been considered the “good egg” in the advertising world’s most formidable pair of brothers. Unlike his famously combustible, serial monogamist sibling, Charles, Maurice Saatchi is largely known for his charitable endeavours and gentle uxoriousness. He was married to the novelist Josephine Hart for 27 years, before her premature death from cancer in 2011. In London media circles their mutual adoration was legendary. “I have only ever done one inspired thing in my life and that was propose to this woman,” Saatchi once said.

Now, after a prolonged and public grieving period, he is proposing to do another. Saatchi is determined to cure cancer by any means possible. “I mean to do it. I expect to,” he told the press shortly after his wife’s death, adding that, “Grief is not a disqualification for rational thought.”

His method, however, is proving controversial and, as his growing number of critics insist, very irrational indeed. Saatchi’s Medical Innovation Bill, a piece of legislation he has been working on since his wife’s death, is currently being read in the House of Lords, where Lord Saatchi holds a seat. It would allow doctors to prescribe experimental drugs and therapies once other standard treatments are exhausted. Not surprisingly, Saatchi has deployed his skill in public persuasion in campaigning for the bill. According to his Tumblr account, YouTube trailer and petition on Change.org, the Medical Innovation Bill seeks to clear the bureaucratic way for British doctors to “innovate new treatments and cures safely and responsibly for cancer and other diseases.”

The bill will make emotional sense to anyone who has watched helplessly as a friend or loved one endured hopeless treatment for an incurable illness. But is it safe?

Most experts say no. Last month a coalition of research groups and charities, including the Medical Research Council, the British Medical Association (BMA), the Royal College of Physicians and the British Heart Foundation publicly questioned the bill’s “necessity and practicality.” The BMA has put up a slick website of its own, StopTheSaatchiBill.co.uk, which argues the bill “will not promote responsible innovation but will encourage irresponsible experimentation. It is liable to expose patients to disproportionate, avoidable harm while expressly removing access to redress.”

Saatchi claims the bill’s main stated aim is to protect well-meaning physicians against potential liability if they resort to using untested treatment on terminally ill patients.British Health Secretary Jeremy Hunt supports the bill and is said to be throwing the weight of his department behind it. Why would the department of health support a bill that has been dismissed as irresponsible by every reputable organization in the land? There could only be one reason: It’s extremely popular. A public consultation after the bill’s second reading earlier this year showed overwhelming support for the proposal.

Saatchi, who has drafted several versions of the bill after listening to feedback and criticism from experts, still insists passionately it is an earnest effort to help terminally ill patients. Back in June he told peers, “All cancer deaths are wasted lives. Scientific knowledge has not advanced by one centimetre as a result of all these deaths, because the current law requires the deceased receive only the standard procedure—the endless repetition of a failed experiment. The current law is a barrier to progress in curing cancer.”

But critics argue that Saatchi’s PR campaign has exploited public ignorance on the subject of medical regulation. They say his bill grants no rights to patients they don’t already have (there are ways around clinical trials in extreme cases: an Ebola patient was treated with an un-trialled drug earlier this year, for instance) and it opens up the playing field to snake-oil salesmen who prey on the public’s desperation. Moreover, critics argue it will benefit the private arm of Britain’s two-tier health system since the state-funded arm is likely to become clogged with requests to trial risky or useless treatments at enormous cost.

So who will benefit from the controversial bill? Big Pharma is certainly not adverse to it, since it will expand the market for existing drugs by allowing them to be tried out on ailments they were not originally intended for. “Innovative” use of pharmaceuticals to see what sticks is cheaper and faster than developing new drugs.

Moreover, the BMA points out that Saatchi’s bill wouldn’t require the collation of results of any of these innovative treatments, meaning that ill effects or potential risk would not be properly recorded. The whole project, they argue, could turn the British medical landscape into a veritable Wild West of medical treatment—dangerous and unregulated for both physicians and their patients.

But as Lord Saatchi himself has said, “In democratic politics, perception is reality.” His Medical Innovation Bill is widely perceived by the public as a good thing. This may well make it a legal reality.