How dangerous is celebratory gunfire?

What goes up must come down, right? 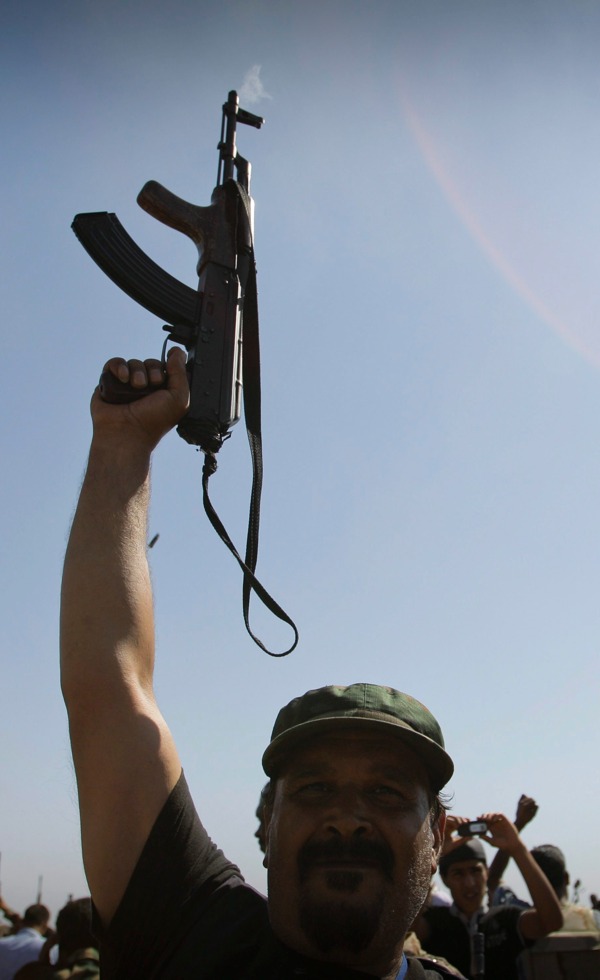 From watching just a few minutes of footage of the fighting in Libya, two things become clear: the rebels have plenty of bullets, and they like to use them for more than simply mowing down regime diehards.

Celebratory gunfire is a cultural staple in the Middle East, South Asia, the Balkans and Latin America—as well as certain parts of the United States. While the practice is usually restricted to small arms such as pistols and assault rifles, the Libyan rebels have taken the idea to the extreme, sending rounds from .50 caliber anti-aircraft guns skyward to mark their victories.

A BBC correspondent’s recent account of the fall of Moammar Gadhafi’s compound in Tripoli is a case in point:

“When the rebels overran Col. Gadhafi’s compound, the city erupted in gunfire. Initially, we weren’t sure if this was some sort of counter-attack … but it soon became clear, with the honking of car horns, that this very, very intense barrage of gunfire across the city was in celebration.”

Even seasoned war correspondents are remarking on the rebels’ trigger-happy ways. CNN’s Sara Sidner was clearly rattled during a recent live report while ecstatic fighters emptied their magazines into the air, and CNN anchor Michael Holmes—no stranger to dangerous situations—was recently caught on tape asking, “Is this necessary?”

In any event, the mood is decidedly less celebratory wherever these bullets fall back to earth. Studies spanning the past 300 years confirm that bullets fired straight up reach a height of approximately 2,700 metres and hit speeds of between 90 and 180 metres per second on the way down. While much slower than the AK-47’s muzzle velocity of 710 metres per second, it only takes a rate of 60 metres per second to penetrate the skull.

To make matters worse, it is far more lethal to be hit by a falling bullet than it is to be the victim of a typical shooting. A study by doctors in California found that fatalities from regular shootings ranged from 2 per cent to 6 per cent of cases, while those from falling bullets were closer to one-third. The bullets follow a steep trajectory—either an arc or a vertical fall—and are more likely to strike a victim in the head, with enough energy to kill the unfortunate target.

As if the people of Libya don’t have enough to worry about. The battle for Tripoli may be nearing its finale, but the real danger will be the after-party.