How homophobia has complicated the grieving process in Orlando

Many of the victims of the Pulse nightclub shooting mostly gay, mostly from Lantino community still seeped in homophobia 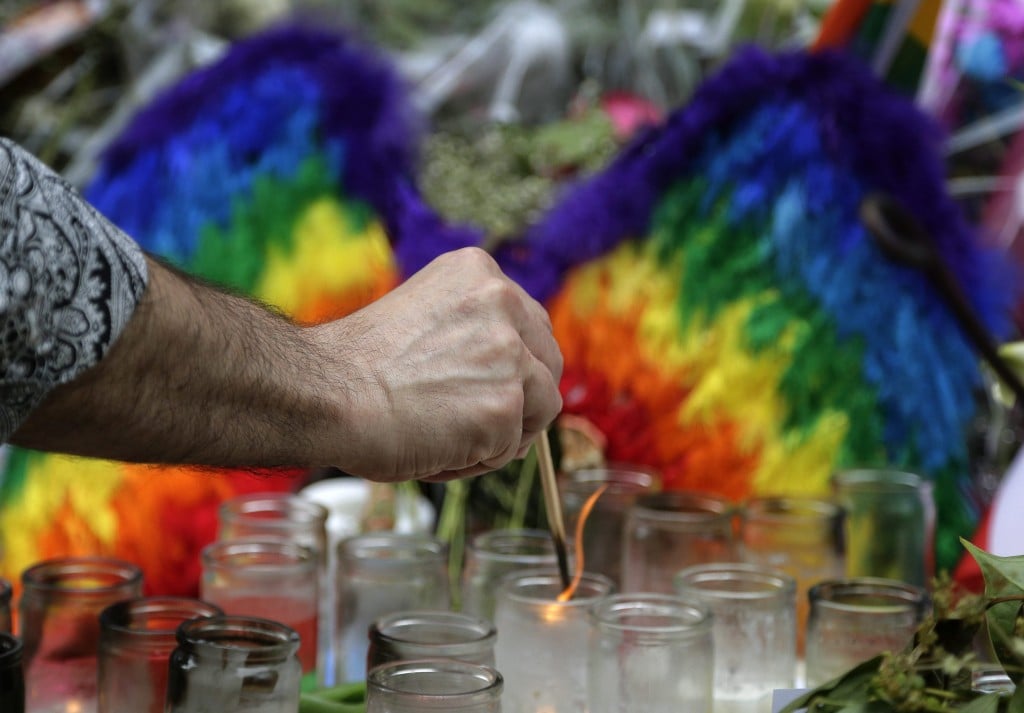 It’s a different type of sorrow – caused by shame, estrangement, and secrets hidden in closets.

The 49 victims of the U.S.’s worst mass shooting were mostly gay, and mostly from a Latino community whose older generation retains a more traditional hostility to homosexuality.

“Friends of mine have told me, ‘I came out. My family’s disowned me. I have nowhere to live,”’ said Domenico, who sits on the board of a local LGBT centre.

“Imagine that. Now those families have that extreme guilt. Like, ‘I turned my son away – and now he’s gone.”’

His centre has been filled with mourners in recent days. They’ve described losing four, five, seven friends in the attack on the Pulse nightclub. But some can’t talk about it with their family.

There are sadder stories elsewhere. At the Orlando airport, an employee talks about the funeral for a close friend she’s about to attend. He’d come out, and lost his relationship with his father.

So a tragedy rooted in homophobia is now being compounded by it.

One news report even described a victim’s boyfriend being forced to conceal his grief. According to the victim’s colleague Al Ferguson, the boyfriend had never told his family in Mexico that he was gay.

In that country’s Jalisco state, a government worker was fired for reacting to the massacre with the cruelest kind of machismo in a social-media post: “Too bad it was only 50 and not 100.”

Such attitudes have led to what Ferguson calls a double-catastrophe. “You face such horrible loss,” he told The New York Times, “and then can’t share it.”

There’s a huge gap in attitudes toward gay-rights issues between generations of U.S. Latinos. Overall, Latino and non-Latino Americans don’t differ much on issues like same-sex marriage.

The more Latinos became immersed in English, the more supportive of gay-marriage rights they became, the survey suggests.

One young Cuban-American described the consequences when she came out.

Raquel, 19, who asked that her last name not be used, was chatting with her mom on the house porch: “I started explaining to her these feelings I was having. I was only 14 or 15. I was feeling very scared, nervous. I told her, ‘I don’t have a preference… I like boys and girls.”’

Her mom sent her to therapy. She was forbidden from going out after school.

“We went to church and had the big Sunday family dinner and we burned the candles and believed in the saints,” she said.

She’s no longer on speaking terms with her mother. But she says she’s happy now, having just finished high school and finally accepting herself.

Alejandra Delossantos, meanwhile, lost a childhood friend in the shooting.

Her friend Juan Guerrero had come out before he died. They hadn’t spoken for a few years – so she only learned of his sexual orientation in the news.

She fondly recalls how they once hopped on every ride at Universal Studios: “He was a little shy, incredibly sweet and what stood out the most was how much he loved to take care of his niece and nephew.”

Delossantos cried the whole way to work the morning she learned the news. She found some solace in knowing that he’d managed to share who he was.

“Thank God he came out before the tragedy. At least he had closure on that.”

Guerrero and his boyfriend Christopher Leinonen were planning to get married.

Now their families are planning a joint funeral. Guerrero’s father, Juan Ramon, told Time magazine through tears: “I think my son wanted to do that (funeral)…

Raquel expressed hope the tragedy would prompt frank conversations in her community, and change some minds. Delossantos held out less hope of a sudden shift.

The Dominican-born woman said views in her community are a generation or two behind. What will make the difference, she said, is time. Over time the young will replace the old, she said, and attitudes will change.