Everything Vladimir Putin has done to reassert Russian power has seemed farfetched, outlandish and inconceivable—until he did it 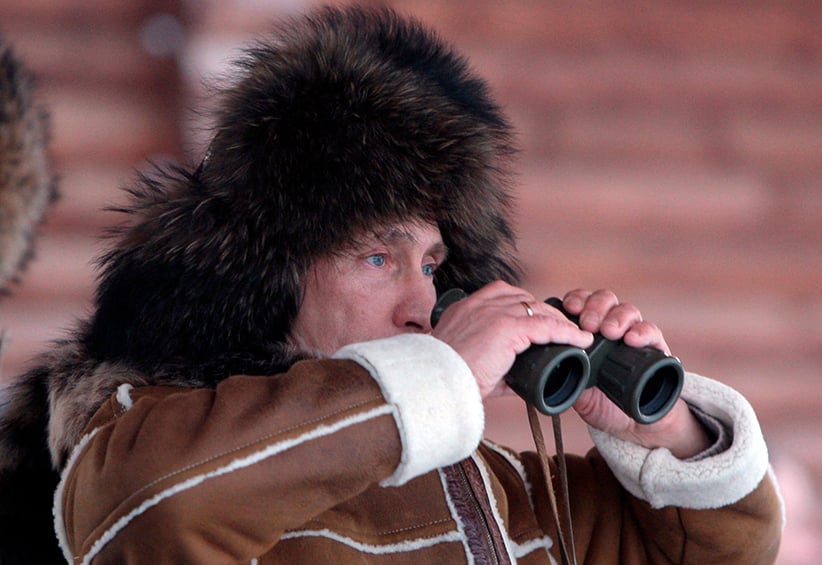 A British inquiry into the death by poisoning of ex-Russian spy Alexander Litvinenko in London 10 years ago paints a picture of Russian President Vladimir Putin that is every bit as sinister as the most lurid caricatures of the former spy that have emerged in the 16 years he has led Russia—as either president or prime minister.

Litvinenko, by the time of his death a British citizen who was critical of Putin and had worked with British intelligence, died from radioactive polonium poisoning after having tea in a London hotel with former Russian agents Andrei Lugovoi and Dmitri Kovtun.

Inquiry chair Sir Robert Owen said the two men killed Litvinenko, and it was probable that they did so with Putin’s approval. The report alleges Kovtun told a witness Litvinenko would be poisoned rather than shot “to set an example.” Owen said the polonium used to kill Litvinenko likely came from a Russian reactor.

The Russian president, in other words, is accused of orchestrating in a Western capital the murder of a man who betrayed him—which is exactly what Litvinenko accused Putin of before finally succumbing.

This act, like much of what Putin has done during his time in office, seemed almost inconceivable—until, allegedly, he did it.

It’s this utter brazenness—to say nothing of a disregard for law and, in the case of Russia’s annexation of Crimea, signed treaties—that makes it so difficult to predict what Russia under Putin will do next.

‘Justice must be done’: Evan Solomon interviews the U.K.’s High Commissioner to Canada on the Litvinenko case.

But it’s also a trait that Putin has deployed with consistently surprising skill throughout his political career.

This year Putin will watch his third American counterpart prepare to leave office. He’s outlasted Bill Clinton, George W. Bush, and will soon see the back of Barack Obama.

Putin’s longevity compared to American presidents owes something to the Russian constitution, which allows someone to sit for more than two terms provided they are not consecutive, but it also cannot be denied that he is, in the words of Maria Lipman, a Moscow-based analyst affiliated with George Washington University, “a brilliant tactician.”

Russia’s seizure of Crimea was accomplished with such speed, deception and outright cynicism that Western powers could do—or chose to do—nothing to stop it.

Within a year, following a Russian invasion of eastern Ukraine disguised as a domestic uprising, the leaders of France, Germany, Ukraine and Russia met in Minsk, Belarus, to hammer out a deal aimed at stopping the fighting. To a large extent, it did. But by freezing the conflict, the agreement also cemented Russian gains in Ukraine.

Europeans disinclined to keep up the pressure on Moscow could portray Minsk as evidence of Russia’s good behaviour. “But in doing so, they have to conveniently forget the whole issue of Crimea and of Ukrainian integrity,” says Keir Giles, an associate fellow in the Russia and Eurasia Program at Chatham House. He adds some European leaders have “demonstrated quite clearly that they’re willing to do so.” In that outcome is another victory for Putin: the creation of divisions among his Western opponents.

Last year, equally unexpectedly, Putin sent his armed forces to Syria to protect his ally, the Syrian dictator Bashar al-Assad, by dropping bombs on those Syrians—including groups supported by America—trying to overthrow him. With one move, he ensured there would be no solution, not even a credible attempt at achieving one, in that civil war-ravaged country without Russia.

“[The Russian] vision of world order is one where a couple of great powers dominate: the United States; Russia; China maybe; maybe some of the larger European powers, at least in the European context. And they’re fully sovereign. They get to do what they want,” says Jeffrey Mankoff, deputy director of the Russia and Eurasia Program at the Center for Strategic and International Studies.

Russia was not a great power when Putin took office—not really. It had nuclear weapons, but also severe economic and social instability overseen by a drunken president, Boris Yeltsin. Putin made Russia seem serious again. He wanted more than that. He wanted to push back at what he felt was encroachment by NATO and the European Union on Russia’s western borders—in those smaller countries that he believes don’t get to do what they want.

This culminated in Russia’s invasion of Ukraine. While a tactical success, it resulted in some larger strategic setbacks. Moscow might have bitten off a chunk of eastern Ukraine, but the rest of the country is lost to it forever. More importantly, from Putin’s perspective, Russia also found itself sanctioned and shunned—to varying degrees—by Western powers.

What’s driving Russian policy now, says Lilia Shevtsova, a non-resident senior fellow at the Brookings Institution, is a desire to end Russia’s isolation. “The Kremlin’s agenda is firstly to return back to the role of the superpower at the table with other key international actors,” she says.

But she says Putin doesn’t intend to achieve this by persuasion or by making concessions, but by forcing the West to compromise. “The usual Putin and Kremlin way to pursue their goals is to apply pressure, to break windows in order to achieve the grand bargain. It’s blackmail. It’s forcing the object of a love affair.”

Russia’s tool, says Shevtsova, is Syria, where Russia is mostly bombing rebel groups other than the so-called Islamic State, a jihadist outfit that is also targeted by a U.S.-led coalition. But Putin has nevertheless called for a partnership between Russia and the West to destroy the group. This, says, Shevtsova, is a ruse.

Shevtsova thinks that Putin’s goal of ending Russia’s isolation and forcing the West to deal with it more as an equal will curb the Kremlin from further military adventures like those it carried out in Ukraine.

Giles isn’t so sure. “There are plenty of other things around Russia’s periphery that are accidents waiting to happen, just the same way that Ukraine was,” he says.

The Baltic states of Estonia, Latvia and Lithuania, all of which belong to NATO and have ethnic Russian minorities, are obvious examples. A snap Russian military exercise could be diverted to seize territory in Latvia, for example, he says.

The goal would not be to reacquire the Baltic states, but to trigger NATO’s Article 5 principle of collective defence, which says that an attack on one member state must be considered an attack on them all. If NATO members then failed to defend Latvia—and given Russia’s military might, that’s possible—NATO would be exposed as a paper tiger that can offer nothing to countries hoping to join the alliance, such as Georgia or Ukraine.

“It would resolve Russia’s NATO security problem at a stroke by provoking an Article 5 situation [and] making sure there was no consensus. And then NATO’s whole raison d’etre evaporates,” he says.

If it sounds far-fetched, it is less so now than at any time since the collapse of the Soviet Union. Putin wants to reassert Russian power and influence in the world, and especially in the former Soviet sphere of influence: Eastern Europe, the Baltics and Central Asia. He wants Russia to be treated as an equal partner by the West, and he’s willing to “break windows,” as Shevtsova puts it, to make that happen.

Putin faces little domestic pressure to act with restraint. “Any ideas to challenge him, to challenge his policies, appear suicidal. You don’t challenge a leader who enjoys almost 90 per cent popularity of the people,” says Lipman.

All this means relations between Russia and the West will likely not soon be smooth. The West should probably prepare for further crises and confrontations. The British inquiry into Litvinenko’s death suggests these won’t involve many scruples from Putin.