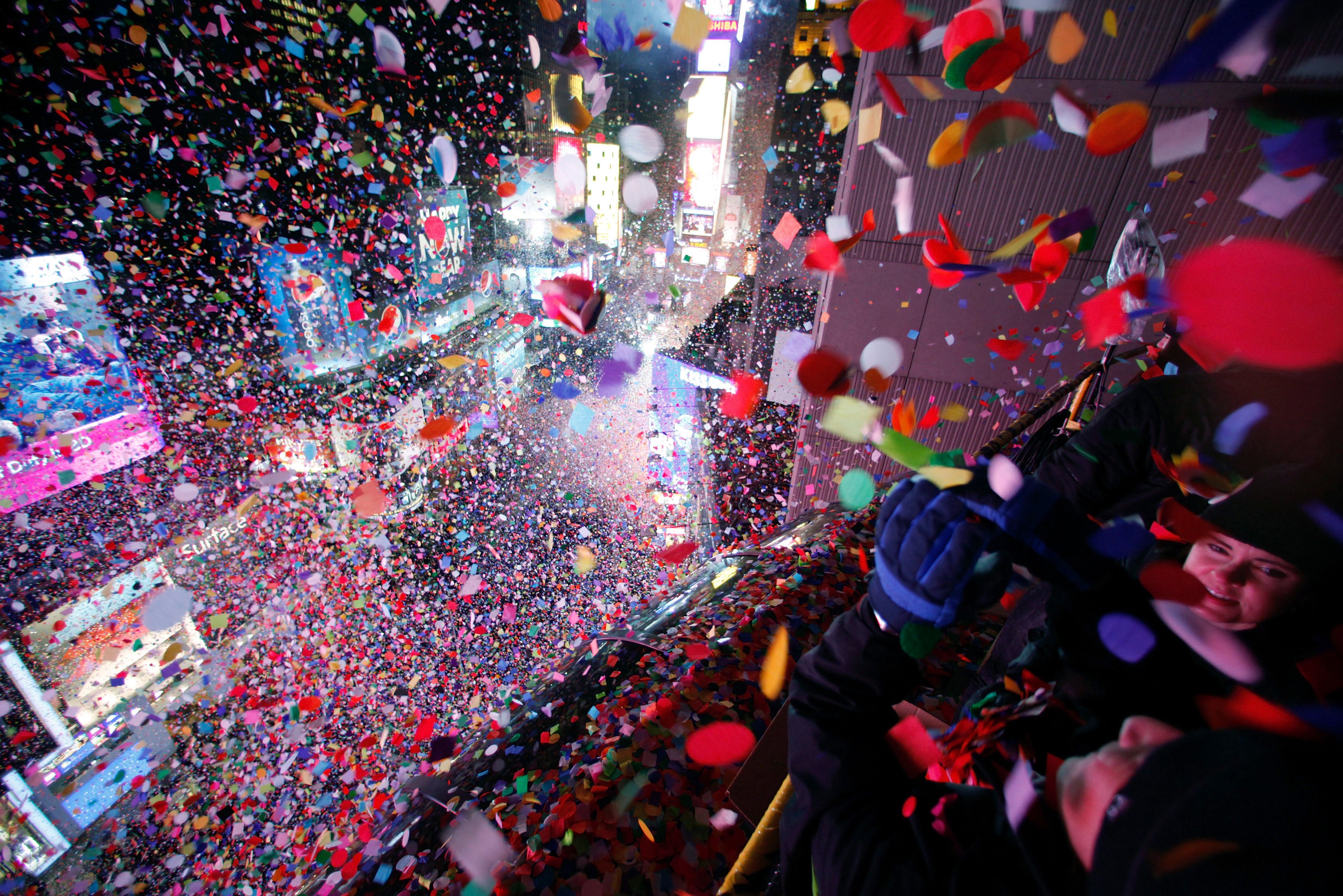 The placement of the 65 trucks, along with 100 patrol cars, at intersections surrounding Times Square is a new element to an already heavily policed event that will include 7,000 officers, specially armed counterterrorism units and bomb-sniffing dogs.

A Tunisian man who plowed a truck into a Christmas market in Berlin this month killed 12 people and injured 56 others. His attack followed a more deadly assault in Nice, France, in July that left 86 people dead when a man drove a 20-ton refrigerated truck into a crowd celebrating Bastille Day.

“As we formulated this year’s plan, we paid close attention to world events and we learned from those events,” said Carlos Gomez, the NYPD’s chief of patrol.

More than 1 million people are expected to attend the annual ball drop countdown in Manhattan, and officials said they didn’t know of any terror threats.

The security measures are part of augmented precautions across the nation for New Year’s Eve. To keep Las Vegas’ lavish celebration secure, the entire police force will be working or on-call with help from the FBI, the National Guard and the Secret Service and will close roads and beef up barriers to prevent vehicle attacks.

Times Square revellers, who are prohibited from carrying umbrellas and large bags, will be screened at two points: once when they approach the Crossroads of the World and again when they enter one of the 65 pens that hold thousands of people each.

And, as in past years, officials have removed trash bins and mailboxes, sealed manhole covers and done sweeps of parking garages and hotels.

Police in New York have used trucks as blocker vehicles before, though never on this scale.

The sand-filled trucks were deployed in November at the Thanksgiving Day parade and on Election Day, when they were posted outside Donald Trump’s Trump Tower, at two Manhattan hotels and at a convention centre used by Hillary Clinton’s campaign.

The large trucks aren’t the only offering from the Department of Sanitation, said Kathryn Garcia, the sanitation commissioner. About 280 employees will be on hand to clean up between 40 and 50 tons of debris after the ball drops following the 60-second countdown to 2017, she said.