How safe are we from Ebola?

For months, the predictions have been dire. Now, they are almost apocalyptic. The real fight against Ebola is finally under way. 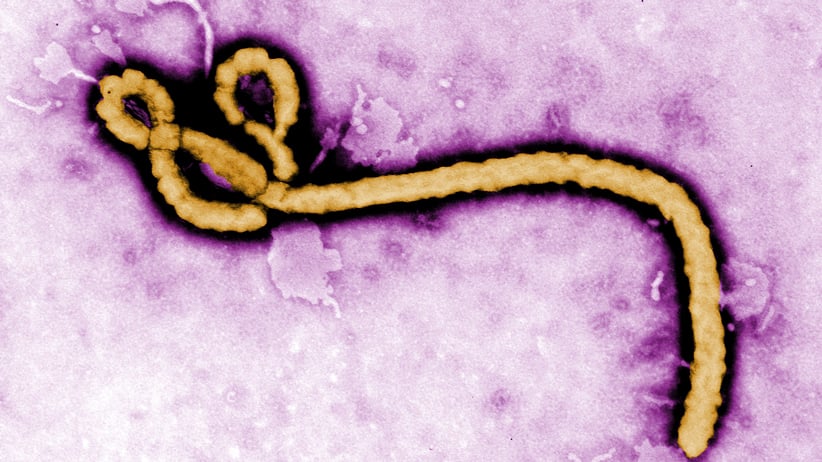 For months, the predictions have been dire. Now, they are almost apocalyptic. Calling the West African Ebola epidemic “the most severe, acute health emergency seen in modern times,” the World Health Organization (WHO) is forecasting there will be 10,000 new cases a week by the middle of November. A full 70 per cent of those who contract the hemorrhagic fever are dying—up from the earlier estimate of a 50 per cent mortality rate. Already overwhelmed by the scale of the crisis, the new United Nations body that is coordinating the fight against the disease has set its initial “ambitious” target as 70-70-60—isolating 70 per cent of suspected sufferers and safely burying 70 per cent of the dead within 60 days. All of that actually represents the more optimistic view. Mathematical models released by the U.S. Centers for Disease Control foresee somewhere between 550,000 and 1.4 million total cases by late January.

Yet the reality of more than 4,400 deaths so far in Liberia, Sierra Leone and Guinea only seemed to dawn on North Americans when the disease finally arrived on this continent. The death on Oct. 8 of Thomas Eric Duncan—a 42-year-old Liberian man who was exposed to the virus in Monrovia, then travelled to Dallas to visit family—and the subsequent discovery that his illness had been transmitted to a 26-year-old nurse who looked after him in the intensive-care unit, has turned public concern about Ebola into full-on fear. Governments and the medical community are now scrambling to prove their readiness and to assure the populace that the unchecked spread that has become Africa’s nightmare won’t be reprised in the developed world.

“The risk of actually having a case is very small, but you have no choice but to prepare,” says Dr. Caroline Quach, a Montreal physician and incoming president of the Association of Medical Microbiology and Infectious Disease Canada. “We owe it to our health care workers and our communities to be ready.” Ebola, which can only be transmitted through direct contact with the blood or body fluids of an infected person, is not even particularly contagious by the standards of the trade. A single sufferer of measles or smallpox infects 16 other people, on average. The spread rate of Ebola appears to be 1.7 to two additional infections per case. “It’s certainly serious,” says Quach, “but we’re not in the same order of magnitude.”

Canadians had already been warned against all “non-essential” travel to the affected regions of West Africa. This past week, Rona Ambrose, the federal minister of health, advised the approximately 200 Canadian citizens who remain in Guinea, Sierra Leone and Liberia to take themselves out of harm’s way and leave “by commercial means while they are still available.”

The government also set up a first line of defence at the country’s six largest airports—Toronto, Montreal, Vancouver, Ottawa, Calgary and Halifax—dispatching quarantine officers from the Public Health Agency of Canada to question disembarking foreign passengers about whether they have been exposed to Ebola and to screen them for signs of illness. Similar protocols have been put in place in the United States and the U.K., although experts say such efforts have more to do with soothing an anxious public than actually protecting them. “I don’t think it’s going to help a whole lot; there are just too many limitations,” says Dr. Suzy Hota, an infectious disease specialist who is helping to direct Ebola planning for the four Toronto hospitals that make up the University Health Network. Accurate temperature checks are difficult in such a mass setting, she notes, and of limited use, given that the incubation period for the disease can be as long as 21 days. (Duncan appeared healthy when he landed in the U.S. on Sept. 20, and didn’t even start to feel ill until four days later.) Furthermore, the process is more likely to increase the number of Ebola scares—Canada has already had more than two dozen “suspected” patients, all of whom have tested negative—than uncover actual cases. “The symptoms overlap with so many other things, and are so vague—especially early on,” says Hota.

The more useful, and necessary, preparations to tackle the disease have been going on behind the scenes in Canada’s health care system. Provincial and federal authorities began discussing emergency plans in early summer. One hospital in each province has been designated as a special care centre, on standby to deal with aid workers or other Canadian citizens who might need to be repatriated after contracting the disease abroad. Labs have been set up in Ontario, British Columbia, Alberta, Nova Scotia and Quebec to do the preliminary blood screens for Ebola, with more complex testing to follow at the National Microbiology Lab in Winnipeg. All across the country, hospitals have been reviewing their protocols for diagnosing, isolating and treating possible Ebola cases. 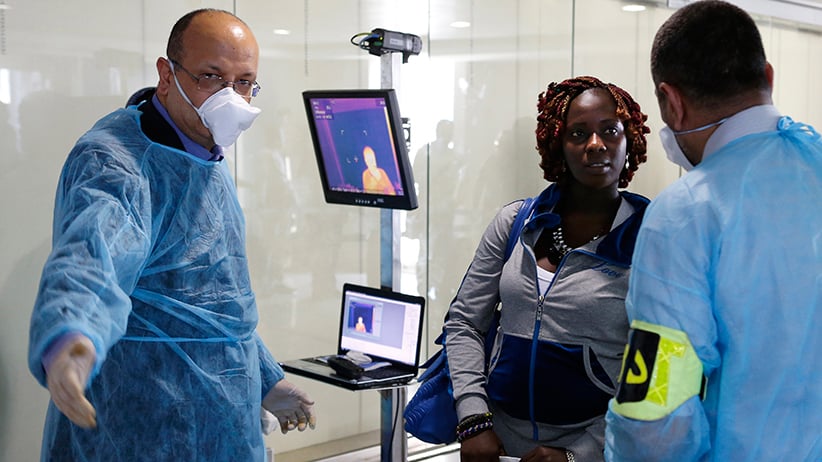 At the University Health Network in Toronto, for example, clinicians began having informal discussions about Ebola in early July. A full-fledged steering committee has been meeting for two months now, discussing everything from patient triage, to the handling of lab specimens, to the processing of patient waste and soiled linens. Staff in various departments were given input on the selection of protective gear, trying out a variety of mask and gown combos. Now, a special emphasis is being placed on training doctors and nurses to safely put on and take off the gear, via PowerPoint presentations and live drills.

“The risk of human error is very substantial, so we’re really trying to limit the number of health care workers who would actually come in contact with Ebola patients,” says Hota. “The important thing is to keep the clean and the dirty separate. It takes a lot of concentration.”

Canada’s—and, in particular, Toronto’s—experience with another contagious disease, the 2003 SARS outbreak, which caused the deaths of 44 people, including three front-line health workers, may prove to be an advantage when it comes to Ebola. “People remember what happened,” says Hota. “They are very invested in the precautions.”

Roger Keil, a York University political science professor who co-authored an in-depth study of how SARS affected Toronto as a city, says he sees some parallels with the new threat, most specifically, how it, too, has emerged from a region of the world that North Americans don’t spend much time thinking about. (SARS had its origins in China’s Guangdong province.) “All of a sudden, places that were far away on the map become very close,” he says. He sees the same fervent faith—Keil terms it “hubris”—being expressed about the superiority of Western medicine and technology. However, he hopes that, this time, there won’t be the same rush by the public to categorize the disease as emanating from, or “belonging to,” one ethnic group. “Ebola is the scariest infectious disease that one can imagine. It really has Biblical plague connotations,” allows Keil. “But these kinds of moments in our urban life, they define us.”

Hope remains for a magic bullet, with clinical trials for two possible vaccines—one from international drug giant GlaxoSmithKline (GSK), the other initially developed by the Public Health Agency of Canada, then licensed to NewLink Genetics, a small U.S. company—now under way. But, as of yet, neither has been proven effective or even non-harmful in humans. Joanne Liu, the president of Médecins Sans Frontières, worries that efforts to create a vaccine could overshadow more urgent work. “We don’t want the world to sit on this, and not act today in the hope that a miracle treatment or vaccine will be around,” she says.

After the WHO approved the emergency use of unproven vaccines and drugs, with some conditions, in August, the two vaccines have been hustled through the normally years-long approval process at lightning speed, but they still won’t be ready in time, says Jason Tetro, an Ottawa microbiologist and author of The Germ Code. Once these initial trials are cleared, he expects that a vaccine will be tried in West African health care workers, who are at the highest risk, by January. If it protects against Ebola in that group, it could be rolled out to the general population within three more months. But, by then, the number of people infected with Ebola may well have surpassed one million. “The vaccine is going to be a way of making sure we don’t see a future epidemic. It’s not going to be able to put a dent in the cases we’re seeing,” says Tetro.

One thing to watch will be the developing horse race between the two vaccine-makers. The Canadian formula might actually be preferable, because it requires just one dose, but the other candidate “has the power of GSK behind it,” says Amir Attaran, a University of Ottawa professor and Canada Research Chair in population health. Attaran maintains that clinical trials could have started long ago, and a vaccine might already be available, if Ottawa had partnered with a more experienced firm. NewLink Genetics has yet to commercialize any drug or vaccine. “This company was not ready on time to sign contracts with laboratories to do the clinical trials. That cost one, maybe two months. That is a big deal when the disease is growing exponentially,” he says. “I’m not comfortable with a company having a learning experience when possibly the most serious epidemic of our lifetimes is unfolding.”

He has some harsh words for the government of Canada, as well. “How long had that vaccine been sitting in the freezer? In 2010, when you had the luxury of time, and you licensed it to a commercial partner to develop, why weren’t you cracking the whip about that in 2011, 2012 and 2013?” asks Attaran. “Canada’s mismanagement of this intellectual property is staggering. They’re going to pretend that the thought only crossed their mind that this was useful in an emergency in August.”

The real fight against Ebola is finally under way, and there is plenty of blame to go around.