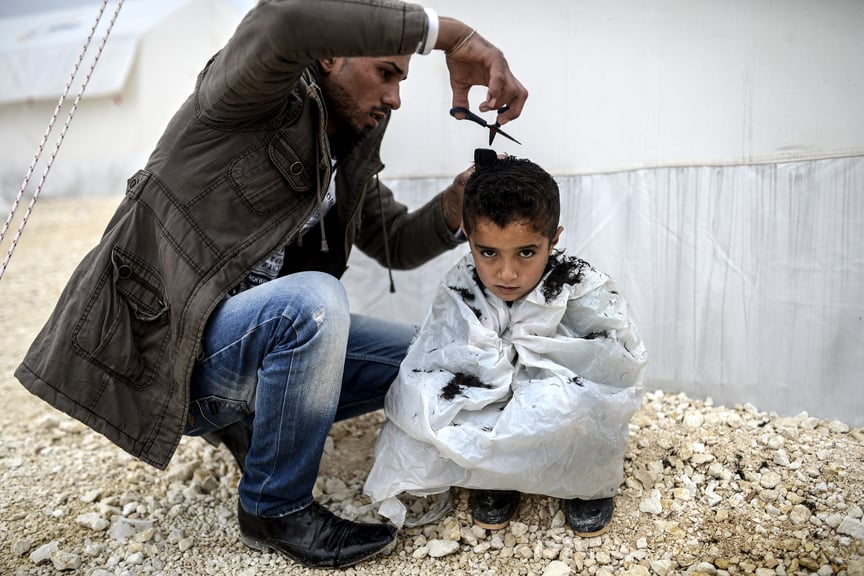 Can Canada possibly bring in 25,000 refugees over the next six weeks? Some politicians and pundits are saying it’s way too fast, while others are claiming that Islamic State fighters could slip in among the refugees. While we don’t yet know how Prime Minister Justin Trudeau’s refugee plan will work, we do know that the office of the United Nations High Commissioner for Refugees (UNHCR)—which runs the camps in Lebanon, Jordan and Turkey where the refugees currently reside—tries to make sure refugees won’t pose a risk to the countries planning on taking them in. Trudeau’s plan may be different in the specifics, but experts agree he’s likely to follow the broad strokes of UNHCR’s process. Here’s how UNHCR does it:

Step 1: UNHCR makes sure claimants are eligible under the 1951 Refugee Convention. To qualify, they need to have fled their homes and be unable to return due to “serious and indiscriminate threats to life, physical integrity or freedom resulting from generalized violence or events seriously disturbing public order.” Anyone who has participated in war crimes or serious non-political crimes is ineligible. As Gisèle Nyembwe, a spokesperson for UNHCR Canada, puts it: “At the registration stage, we try to identify combatants.”

Step 2: UNHCR identifies those who are the most vulnerable and in greatest need of resettlement, which typically includes orphans and single mothers and their children. In the United States, about 50 per cent of the roughly 1,800 Syrians admitted this year were children, and around 25 per cent were adults over 60. The number who make it through this screening process is about one per cent. In 2014, UNHCR referred 103,890 refugees out of 14.4 million to the resettlement program.

Step 3: Each person UNHCR considers for referral is individually reviewed by a refugee protection officer, says Peter Showler, who spent three months in Lebanon last year working with UNHCR. Refugee-protection officers are looking for any inconsistencies in claimants’ stories. “If they say they were in Homs until March 2012, then, all of a sudden, they’re talking about Aleppo in November, that’s a red flag,” says Showler.

Step 4: If the refugee-protection officer is content, she will then refer the file to a visa officer in one of the 28 countries that participate in the resettlement program, including Canada. The visa officer then conducts an interview with the claimant. In that interview, there is a focus to ensure the person is not involved in any kind of terrorist activity, according to James Milner, an associate professor at Carleton University and an expert on refugee policy. “After 9/11, they really beefed up the procedures to focus on preventing anyone with terrorist ties from making it through,” says Milner.

Step 5: The refugee’s file is run against databases maintained by the Canada Border Services Agency, the Canadian Security Intelligence Service, Interpol, and similar databases in allied countries to determine if the person is a threat. The refugee also has to undergo a medical test. In 2014, Canada accepted 7,575 people through the refugee-resettlement program, including 1,450 people from the Middle East and North Africa region, and 1,715 people from the Europe region, which includes Turkey.