How the West can win Ukraine

The answer may lie with its neighbour, which has Europe’s hottest economy 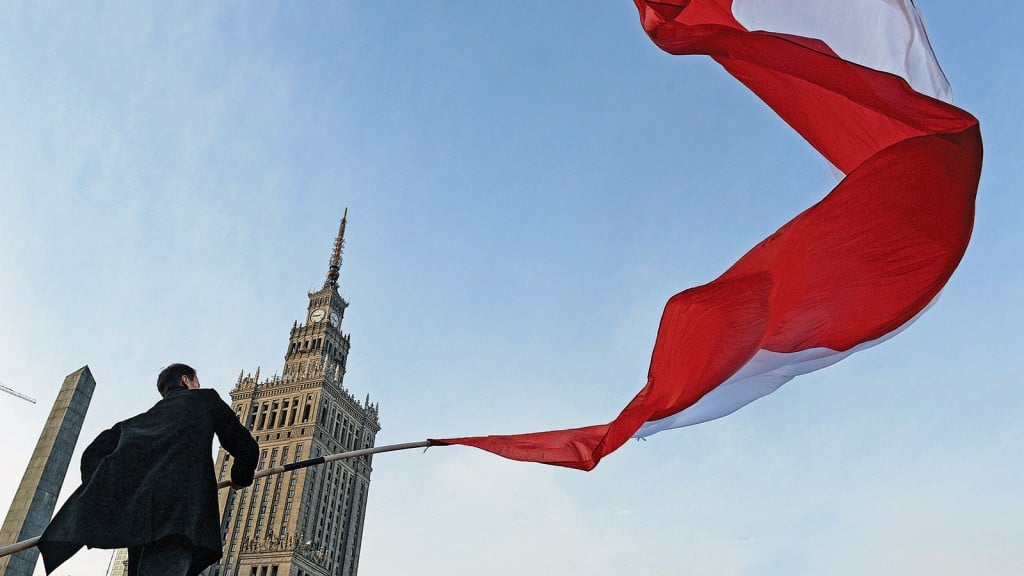 Twenty-five years ago, in 1989, the Iron Curtain fell, and all was not well in central Europe. Things were grim in the Soviet republics, like Ukraine—but grimmer still in Poland. And yet, a quarter of a century later, it is Ukraine that’s under siege—its southern arm occupied by Russian forces and its economy flirting with default. Meanwhile, Poland has emerged as the golden child of Europe: the largest economy in central Europe and the fastest-growing country on the continent. If there’s an illustration of how the West can win over former Soviet republics from Moscow’s sphere of influence, it’s Poland.

A nation of some 38.2 million, Poland was the only European Union country to avoid recession after the 2008 economic crisis. Its GDP actually grew 12.4 per cent between 2008 and 2012. (Ukraine, by contrast, tumbled: its GDP fell 6.4 per cent during the same years.) Poland is forecast to grow almost three per cent in 2014, according to the European Commission’s (probably conservative) February forecast. The country just had “the best 20 years in its economic history,” according to a 2013 World Bank report entitled “Poland’s New Golden Age.”

Today, Warsaw—once dismissed as “Europe’s Third World”—is helping to shift the EU’s centre of power eastwards. Poland, which shares a border with Ukraine, has been central in the ongoing Ukraine crisis; its foreign minister led EU negotiations in Kyiv. “There is no secure Poland without a stable Ukraine,” Polish Prime Minister Donald Tusk said last year.

There is no stable Ukraine without money. This Warsaw understands better than anyone; Poland received more than $154 billion in foreign aid over the past decade. The country is a case in point for how critical financial backing is to countries in post-Soviet transition. It stands as a cautionary tale to European leaders who have, thus far, opted not to give Ukraine the big aid package that some analysts believe is the only way to end Russia’s advances. Europe recently promised Kyiv $11 billion. U.S. President Barack Obama, at a meeting with Ukraine’s new prime minister on March 12, vowed to “stand with Ukraine” but offered the country only $1 billion in aid. Ukraine’s new government says it needs $35 billion in financial assistance during the next two years to avoid default.

Poland once faced equally desperate measures. In 1989, it won independence, but it was liberated in tatters. Half a century of Communist rule had seen Poland’s average income fall to just 35 per cent of the western European average. “People understood that the old system was kaput,” says economist Marcin Piatkowski, author of the 2013 World Bank report. “They were ready to take a chance and experiment.” In the early ’90s, Poland’s new democratically elected leaders initiated a drastic “shock therapy” program. Markets were opened, state-owned enterprises were set free, businesses were privatized and price controls were lifted. All this was painful (some say excessively so). There was hyperinflation and high unemployment.

But reforms started to pay off. From 1994 to 1997, the country’s growth rate topped six per cent per year. Small- and medium-sized businesses flourished, and began to crack European export markets. In 2004, Poland nabbed the continent’s ultimate trophy: full EU membership. All the while, Ukraine looked askance at market reforms. After its so-called transition, it continued to produce the same old products (commodities like steel) for the same post-Soviet trading partners, buoyed by initially high commodities prices and cheap gas subsidies from Russia.

Poland’s success, however, wasn’t just national savvy. All through its transition, it benefited from considerable outside stimulus—mostly from Europe. Most important, in Poland’s case, was a massive EU subsidy worth more than $150 billion that arrived, by chance, just as the financial crisis kicked off, helping insulate Warsaw from the worst of the downturn. (Another saving grace was Warsaw’s aversion to heavy borrowing. A constitutional clause caps government debt at 60 per cent of GDP.) Poland continues to receive EU funds; it will get another $150 billion during the 2014–20 financing period.

Ukraine was also offered aid, but as the years went on, its woeful productivity and corruption made lenders wary. As recently as 2010, the International Monetary Fund offered Ukraine a $15-billion loan, conditional on reforms like removing gas price subsidies. But Ukraine did not reform, and the offer was frozen.

Today, Poland’s economy “is based, to a large extent, on small business—which is slightly different from Ukraine, where you have oligopolistic structures,” explains Radoslaw Bodys, chief economist at Poland’s PKO Bank Polski. Today, says Bodys, Poland boasts 1.8 million small enterprises: half the number of entrepreneur-friendly Germany, which is twice Poland’s size. He says these businesses account for some 50 per cent of Poland’s GDP.

The country isn’t without its problems. According to World Bank figures, Poland’s GDP per capita is still just 63 per cent of the EU average. Young, educated Poles continue to flee the country for western Europe. (Predictions that young Poles would eventually return to Poland en masse have not panned out.)

Asked to reflect on the rather stark divergence between Poland and the Ukraine, Piatkowski concludes that, in the end, the critical difference was that Poland always knew where it was going (the West) and Ukraine didn’t. Poland always “had a bit of a chip on its shoulder about whether it was sufficiently European or not,” he says. But now “it’s almost destined to converge with the West for the first time in its history.”