How to talk to kids about terror?

After Paris terror attacks, parents and schools grapple with how much to share with children 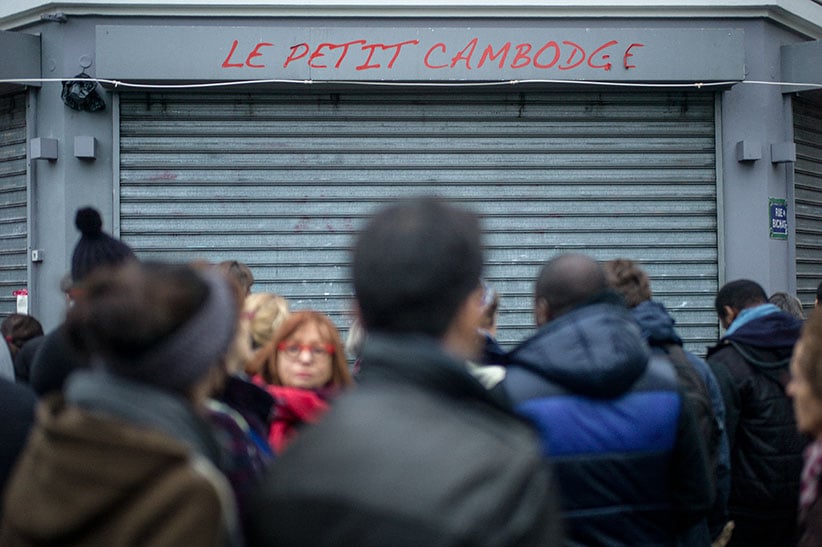 BOSTON — The terror attacks in France left schools and parents around the world grappling with what to say to children, and how to say it.

When classes resumed this week, many teachers struggled to decide whether to discuss what happened in Paris. Parents wondered whether to talk about the violence or how to explain it. From country to country, the topic was tackled in different, and similar, ways.

Many schools held moments of silence to honour the hundreds of people who were killed or injured while out simply enjoying a Friday evening. Some held open discussions about terrorism and the Paris attacks. Teachers of younger students often tried to shield them from the topic.

At the Lycee Francais de New York, students were called into assemblies by grade to talk about the news and their reactions.

“We took a really careful approach,” said Elisabeth King, a spokeswoman for the French-language school in Manhattan. “It’s really about listening and alleviating fear.”

At Downtown Magnets High School in Los Angeles, social studies teacher Daniel Jocz scrapped his lesson plan to discuss the attacks. He asked his 11th grade students if they had any questions, and then taught a primer on the history and politics of the Middle East and North Africa.

“I want them to have a clear picture of the complexity,” he said. “And I realize it’s a daunting task because many of them have not had any historical background.”

In Toronto, the school district’s director of education issued guidelines Monday to help teachers and parents address the subject with their students and children. Tips included addressing students’ concerns about the events and asking open-ended questions about their feelings.

“It is normal for people to try to make sense of things when a serious loss occurs. Allow your child to share his or her ideas and speculations,” Director Donna Quan said in the guidelines. “Help them to separate what they know from what they are guessing about.”

Experts say parents should avoid talking about the attacks with children younger than 6. For older children, parents should invite them to watch the news as a family and then discuss it, said Dr. Steven Berkowitz, a child and adolescent psychiatrist at the University of Pennsylvania.

“For a lot of kids this is part and parcel of the world they’ve grown up in,” he said. “Often, kids may have less of a reaction to these events than we do as adults, and sometimes we’re surprised by that, and we shouldn’t be.”

Berkowitz said parents should take care to avoid passing their own anxiety on to their children.

“A lot of adults are pretty overwhelmed and scared by this, and they have to be aware of their own feelings,” he said. “If you’re feeling that way as an adult or caregiver, which is understandable, it’s important that you get support from somebody else and not put it onto the kids.”

In the U.S., individual schools decided how to respond to the news. In Italy, the minister of education asked schools and universities to devote a minute of silence and at least an hour of reflection to the attacks.

Minister Stefania Giannini said in a message that educators must help students “reject, today more than ever, any temptation toward xenophobia or racism.”