How will history judge Alexis Tsipras? 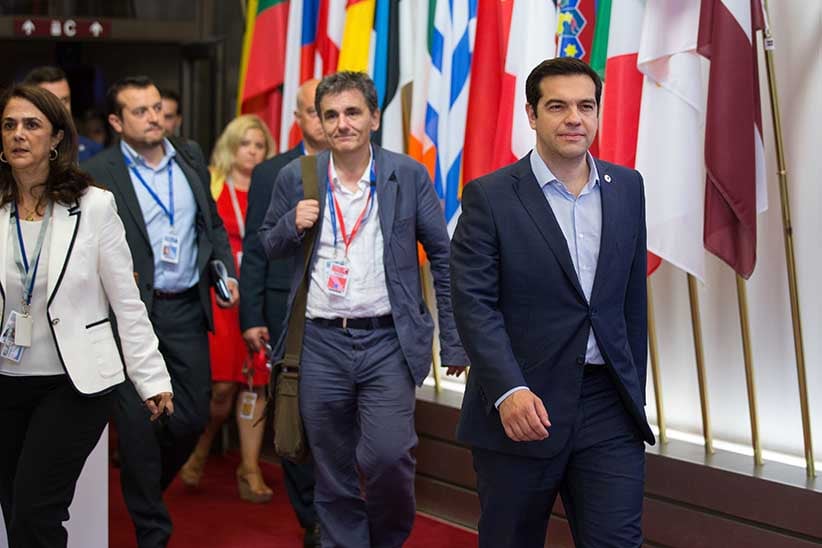 Listen to Paul Wells read his column, or subscribe to Maclean’s Voices (or our other podcasts) on iTunes or Stitcher for on-the-go listening:

Somehow, Europe manages to avoid falling into ruts. This year, they’ve even changed villains. When I studied in France in the early ’90s, the bad guys were les Anglo-Saxons, a rough synonym for the Brits, with the occasional nefarious assist from the Dutch and other hangers-on who believed in work and markets. In 1993, Maytag moved a Hoover vacuum-cleaner factory from Dijon to Scotland. Ah! This was le dumping social, pure and simple, a sign of global capital’s eagerness to move jobs from places where labour was expensive to grotty backwoods like the British Isles. The notion that France might want to make labour less expensive, or make the quality of French labour worth a few extra francs, was dismissed as la pensée unique—conformist thinking. In the good schools in France in the ’90s, there was only one way to think about la pensée unique, and that was to be against it.

Times change, at least a little. This year, the Brits are sitting out Europe, because David Cameron was re-elected on a plan to hold a referendum on whether Britain should stay in the European Union or get out. That referendum, in 2017, will be a nest of hornets to make Scotland’s own vote last year look like a walk in the park, and Cameron prefers to avoid the whole mess as long as he can. The Anglo-Saxons, temporarily unavailable to play the role of Europe’s villain, have been replaced, more or less, by the Saxons. Or, to use a more inclusive label, the Germans.

“A deadly plan of total submission! The fourth Reich!” wrote Nicolas Dupont-Aignan, a fringe conservative party leader in France, on Twitter. In the streets of Athens, a Wanted poster called for the head (depicted with a Hitler moustache) of Wolfgang Schäuble, Germany’s finance minister.

The bailout plan that was reached near dawn on July 13 by the leaders of Greece, Germany, France and the European Council will not make life easier for the Greeks. Alexis Tsipras will have to apply his country’s value-added tax more broadly, push back the age when pension benefits kick in, cut spending, liberalize shop hours, and way more. International observers will be stationed in Greek government ministries to monitor compliance. It really is a shocking compromise of Greece’s sovereignty. Imagine Germany, or France, or Canada, letting somebody sit in government offices to keep tabs on government work. The last place I visited where that sort of thing was going on was Afghanistan under U.S. army tutelage.

Related: The Editorial: Time to realign expectations of government in Greece

But Greece is not doing this for nothing— or not only to tickle Shäuble’s Aryan funny bone. It is doing this for 86 billion euros it could not secure from any other source except the very European Union that Tsipras has made a career denigrating. Greece is not the only democracy in Europe. The others had to watch—only a week before Tsipras capitulated; how soon we forget—while Tsipras held a referendum so Greek voters could refuse the terms of a marginally less onerous bailout proposal.

Greece is a debtor nation, and it has creditors from democracies such as Germany and Finland and several of the newer EU member states, which were held against their will, not so long ago, in the Warsaw Pact. Those newer democracies are still, for the moment, poorer on average than Greece, and their leaders could not explain to voters why they should pay to support more generous social programs in Greece than they can afford at home.

Related: Why Greece’s real fallout is still to come

Wiser heads than mine say Greece probably can’t pay its debts. (Some suggest its creditors, including the glowering Germans, don’t really expect it to.) Certainly, it can’t pay them with the economy it has now. It would have better luck with a different economy, one that valued work instead of treating every hour worked as a bitterly resented sacrifice, one that made hiring, firing, shopping and entrepreneurship easier.

Here I am describing the difference between “austerity,” understood as an endless grind of nickel-and-dime savings that refuses to change anything about a chronically underperforming economy, and “reform,” which is what the EU has now attempted to foist on Tsipras, over his protests.

Their chances of success are not great. They are right to try. One reason Germany makes such an excellent cartoon villain today is that, a decade ago, under a socialist chancellor and against tumultuous protests from entrenched interests and genuinely worried workers, Germany implemented many of the labour-market reforms Tsipras is now compelled to attempt. Other countries that found their backs to the wall for different reasons—Ireland, Poland—have done the same. The results have been pretty good.

There are no heroes and villains in this piece, and I wouldn’t want to make it look like I’m lionizing the Germans to denigrate the Greeks, either. The creation of the euro currency featured Germany itself flouting membership rules that Germany had helped to write, then shooing away EU officials who had the audacity to point out the hypocrisy. Europe has always been a mess. But, since its members learned to compromise, in the years after the last century’s worst war, they have put centuries of European bloodshed behind them, welcomed half of Germany and most of the Warsaw Pact back to the family of democracies, and built a zone of prosperity so attractive, even Alexis Tsipras, despite everything, found he didn’t dare walk away. One day, his countrymen will thank him.