How a conspiracy of silence enabled Harvey Weinstein

It would have been impossible for Weinstein to behave as he had for as long as he did, were it not for his accomplices 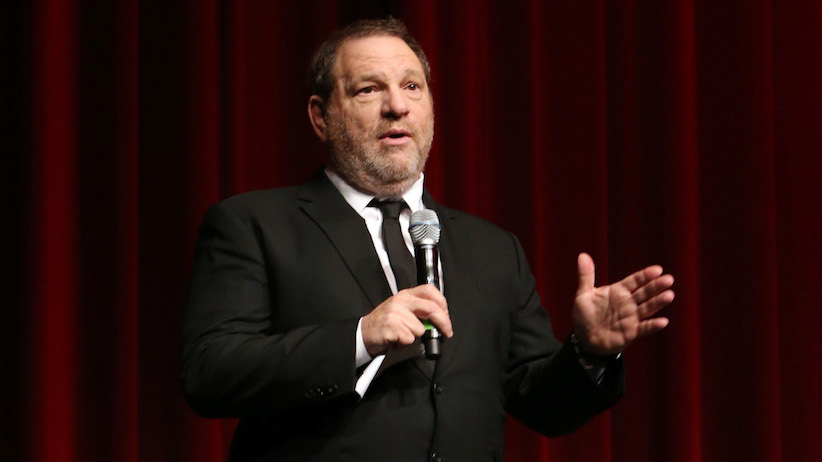 Then on Tuesday, the New Yorker published a corroborating story with even more damning evidence: three allegations of rape, and a previously unreleased audio recording from a 2015 sting operation in which Weinstein can be heard bullying a model named Ambra Battilana Gutierrez into watching him shower, and admitting to having previously grabbed her breasts.

READ: Harvey Weinstein and the theatre of victim blaming

Post-Cosby, post-Ailes, post-Cosby, post-Trump — and for Canadians, post-Jian Ghomeshi — we all know where this is going, right? An ever expanding number of women, both famous (Gwyneth Paltrow, Rosanna Arquette, Angelina Jolie) and not, are continuing to come forward with stories of their own about Weinstein’s harassment, which they had kept silent about because of the mogul’s outsized influence in Hollywood.

Meanwhile on social media, messages of solidarity for the brave women who’ve spoken out are multiplying, alongside a broader discussion of the ubiquity of harassment in most women’s lives. But now what? Weinstein has been fired from the company he founded, but odds are he’ll walk away largely unpunished. And besides, there are so many more men just like him, and so many others, enabling and covering up their behaviour. Ronan Farrow, who wrote the New Yorkerpiece, knows all about this. He’s the son of Mia Farrow and Woody Allen; his sister Dylan accused their father of sexually assaulting her when she was a child. Ronan has written about the enormous PR machine and the conspiracy of silence that protects Allen from facing the consequences of these allegations, as well as the long line up of stars eager to work with him.

Weinstein’s alleged pattern of harassment was an open secret, according to media reports — and the parallells to the 2015 Ghomeshi case in Canada are hard to ignore. Weinstein was once one of the most powerful men in Hollywood, so people, both men and women, looked away. As Kate Winslet said, “I had hoped that these kind of stories were just made up rumours, maybe we have all been naïve.”

For years, actresses and other women in the industry whispered warnings to each other not to be alone with the producer. The press sat on rumours about his conduct. Eight women who settled legal suits against him were made to sign non-disclosure agreements. The board of the Weinstein Company knew about Weinstein’s activities since at least 2015 and did nothing. In fact, it would have been impossible for Weinstein to behave as he had for as long as he did, had he not had accomplices — both the willing ones who helped orchestrate his hotel room encounters and the unwitting ones who helped build and burnish his movie empire and reputation as a philanthropist and Democratic Party donor. His success and liberal bona fides insulated him against recrimination.

The complicity is apparent even now, as some of his closest friends have been reluctant to speak out. It took the Hillary Clinton — the most prominent female politician in America — a full five days to issue a tepid, pro forma statement. She is a long-time beneficiary of Weinstein’s largesse and was also undoubtedly reluctant to draw attention to her husband’s troubled history with women and her own role in attacking Monica Lewinsky after her affair with Bill Clinton was revealed. Barack Obama — who also received donations from Weinstein and whose daughter Malia was an intern at Weinstein’s company — was likewise slow to criticize Weinstein’s behaviour.

Of those in Hollywood, most who’ve spoken out against Weinstein and in support of those who’ve accused him of abuse are women, among them Meryl Streep, Judi Dench, Brie Larson and Jessica Chastain. But aside from a few high profile stars, like George Clooney and Leonardo DiCaprio, Hollywood’s men have also been disturbingly silent. No word yet from two of Weinstein’s most significant collaborators Quentin Tarantino and Steven Soderbergh. Even political late night hosts like Jimmy Kimmel and Stephen Colbert have mostly avoided skewering Weinstein.

Some of these men may fear speaking out because of their own histories and behaviours. Making a statement about Weinstein might make them open to scrutiny — which is what happened to Ben Affleck, who’s been accused by a woman of groping her after he denounced Weinstein. What past conduct is being hidden by these conspicuously quiet men? Even men who have never harassed women have unintentionally benefitted from the behaviour of men like Weinstein. They’re able to meet a high-powered producer in a hotel room without fear of being groped. They can have a drink without worrying that it’s been spiked. This double standard allows men access to the kind of social networking that builds careers for them, but is fraught with danger for women.

Which is why it was powerful when Terry Crews reported being groped by a male Hollywood executive at a party. It helped him empathize with Weinstein’s victims, he said. And he hoped by going public, he could “deter a predator and encourage someone who feels hopeless.” He acknowledged his own fears of being ostracized or jailed if he had spoken out.

Men being honest and vulnerable about their own experiences is important. And men can do much more to help victims of sexual harassment and assault than cautiously express their outrage on Twitter. They can advocate for sexual harassment awareness training and more stringent safety rules on sets. They can refuse to work with, hire, promote or cast other men who are known abusers, and they can certainly stop giving predatory men awards and media attention.

They can do some serious soul searching about their own behaviour and attitudes. Have they ever humiliated women or made them feel afraid? Have they opted not to speak out in defence of women who’ve been harmed in order to protect their own careers? When they’re among other men, how do they talk about women? Do they challenge other men who brag about behaviour that’s harassing or predatory?

The sad truth is that as long as men hold the lion’s share of power in Hollywood very little will get better for women unless men help to make it so. The same goes for politics, and every other industry dominated by men. Hollywood is known for spinning fantasies but in the case of Weinstein’s treatment of women, it all feels far too real.