Obama did not apologize for the decision to bomb, but paid tribute to the victims 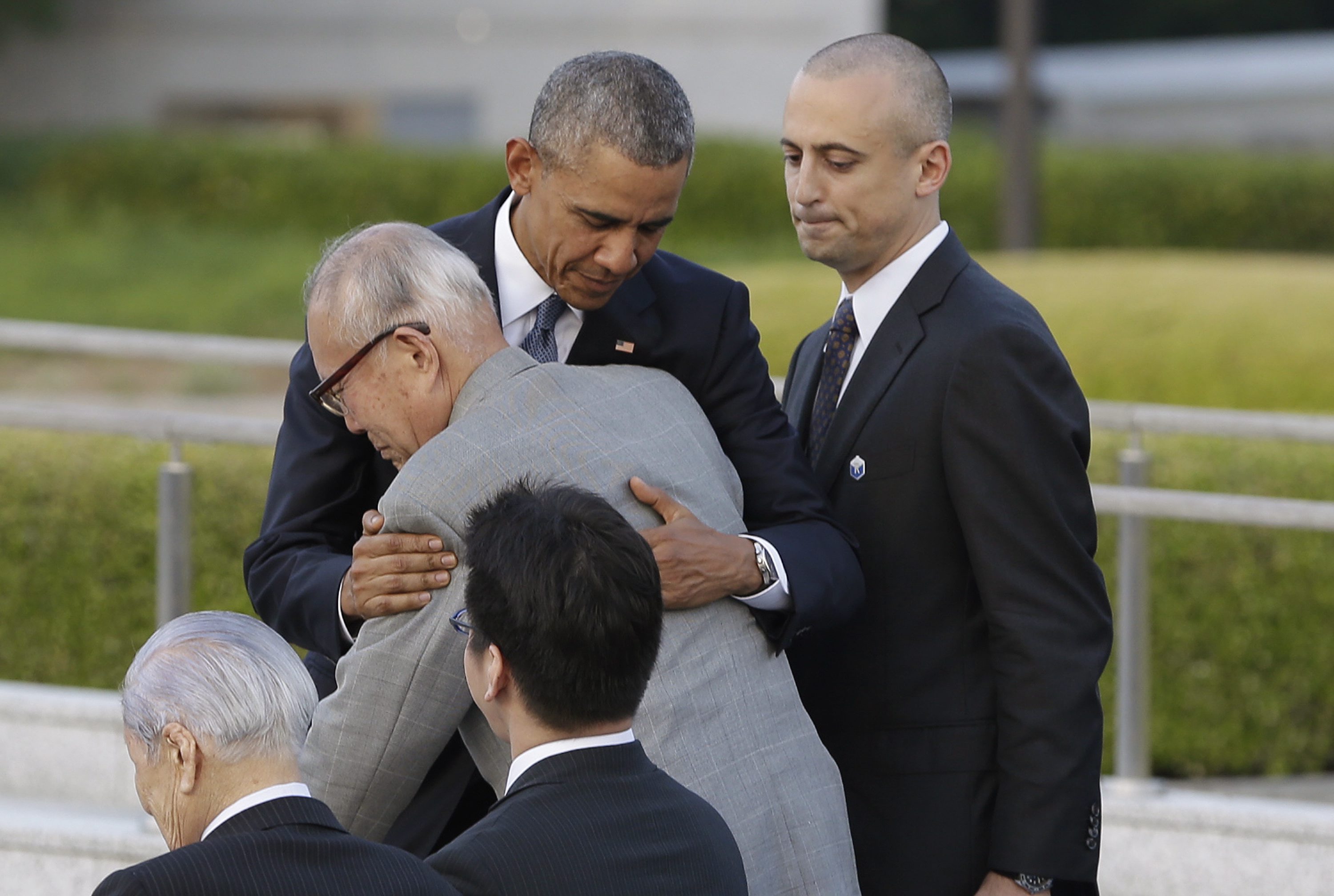 HIROSHIMA, Japan — President Barack Obama may have faced the legacy of Hiroshima most directly with his embrace of a man who survived the devastating atomic blast.

He spoke briefly with two survivors in the audience for his remarks Friday at Hiroshima Peace Memorial Park: Sunao Tsuboi, the 91-year-old head of a survivors group, and Shigeaki Mori, 79, a historian who was just 8 when the bomb detonated on Aug. 6, 1945.

Obama spoke to Tsuboi first. They laughed at one point, the president throwing back his head and smiling broadly. Obama mostly listened, though, holding the elderly man’s hand in his own, an interpreter standing nearby. Tsuboi stamped his cane emphatically while speaking.

Obama then stepped to Mori and shook his hand. He bowed his head briefly and nodded as the man spoke. He patted Mori on the back and hugged him as the survivor shed a few tears.

The president’s interaction with survivors was highly anticipated ahead of his historic visit. Obama did not apologize for the decision to bomb, but paid tribute to the victims and decried the horrors of war.

Obama and Japanese Prime Minister Shinzo Abe then walked along a tree-lined path, past an eternal flame, toward a river that flows by the domed building that many associate with Hiroshima.

For the record: What Barack Obama said in Hiroshima today