That’s no way to run a democracy

Critics slam government in Budapest for its new media regulations 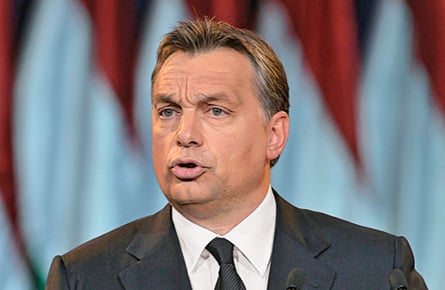 Commuters in Hungary picked up their morning papers last month and found something unexpected: front pages that were blank. This was no printing error; editors were protesting the country’s new media laws, which have led some observers, including the Washington Post editorial board, to ask whether Hungary is being “Putinized” with media regulations “more suited to an authoritarian regime than to a Western democracy.”

Under the new laws, which have caused an international stir, state television channels and all other public media outlets fall under government control. Also, a state-run council—the National Media and Communications Authority—comprised of members appointed by the governing right-wing Fidesz Party can now impose fines on TV channels, daily newspapers, websites, and magazines. For what exactly? “Unbalanced” reporting or journalism that offends “human dignity” and “common morals.” Though the law is vague, the fines are quite definite: they range from $48,000 for weekly and monthly periodicals, and up to $1 million for television.

Critics warn such regulation will curb freedom of speech and encourage self-censorship. German Chancellor Angela Merkel said Budapest needs to make sure not to breach democratic principles regarding the press and welcomed an investigation of the law by the European Commission. This issue is most pressing: Hungary took over the rotating EU presidency on Jan. 1., which caused a Merkel spokesman to remark, “Hungary bears a special responsibility for the image of the European Union in the world.”