At least 24 are dead after Hurricane Irma tore through Cuba, leaving a trail of destruction in its wake

CAIBARIEN, Cuba — Hurricane Irma ripped roofs off houses, collapsed buildings and flooded hundreds of miles of coastline as it raked Cuba after cutting a trail of destruction across the Caribbean. It has killed at least 24 people and has officials scrambling to bring aid on Sunday.

These photos show the aftermath of Hurricane Irma in Cuba 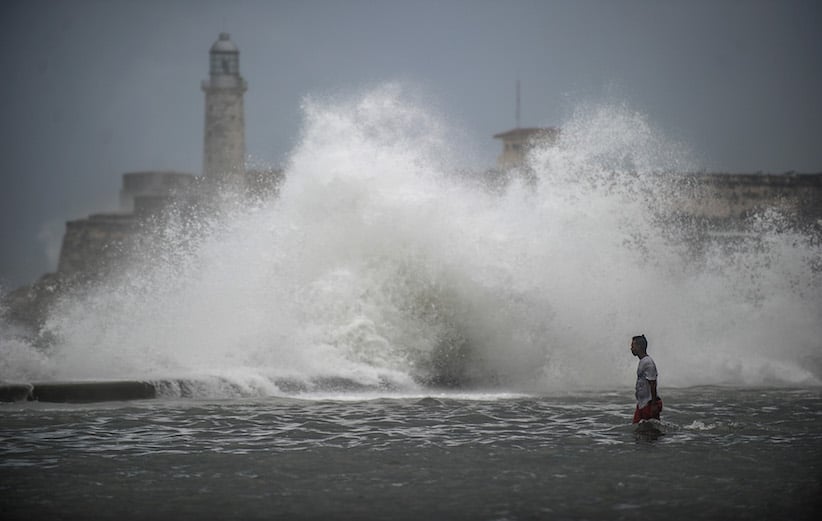 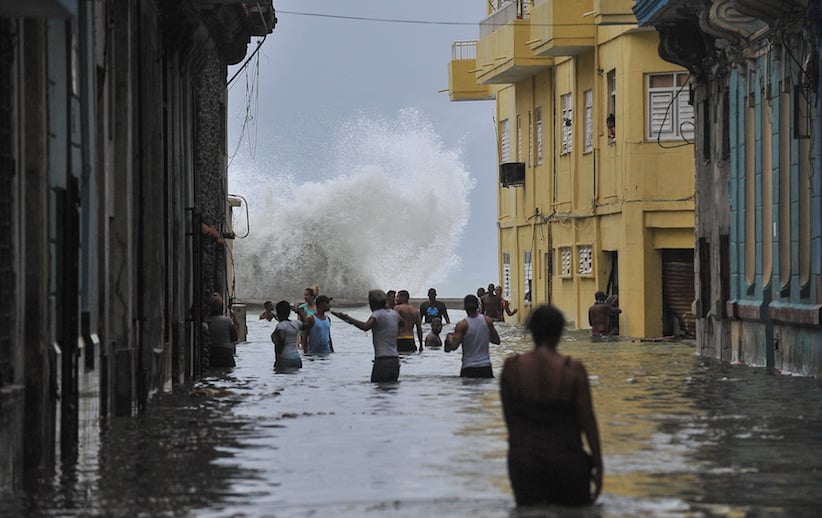 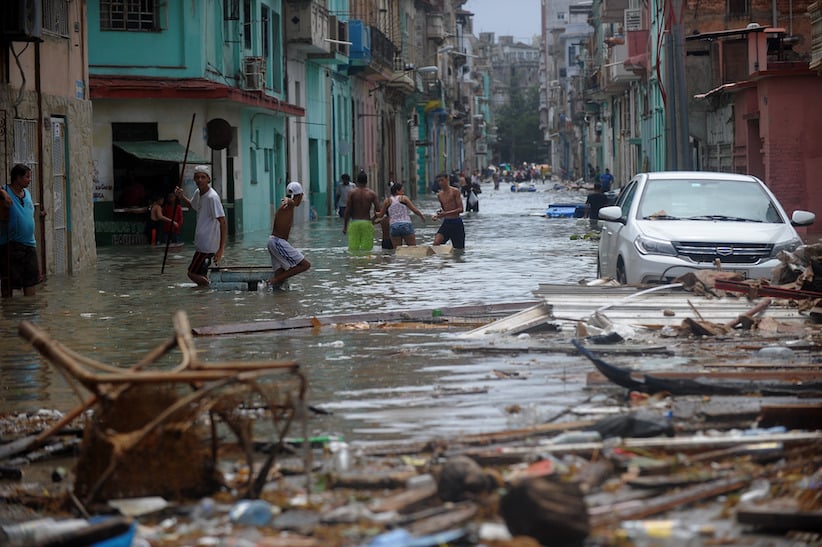 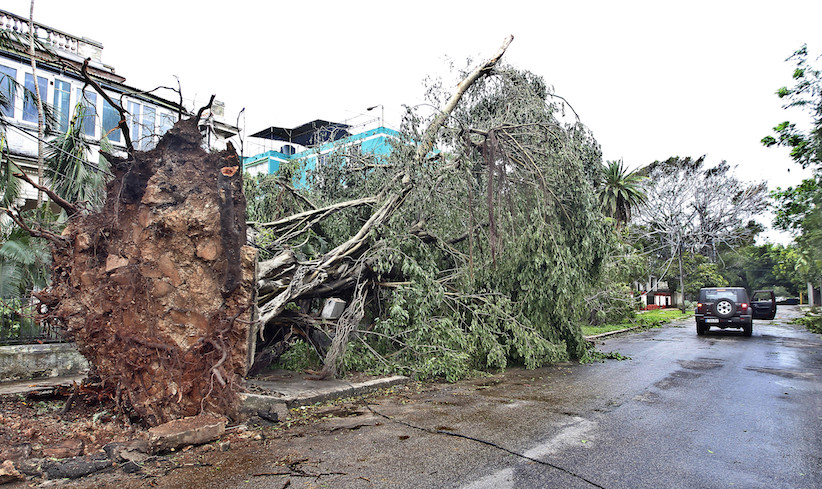 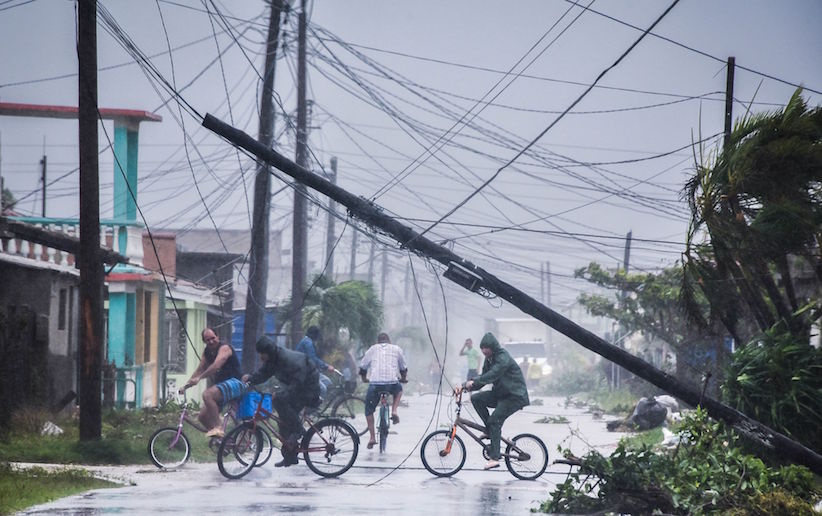 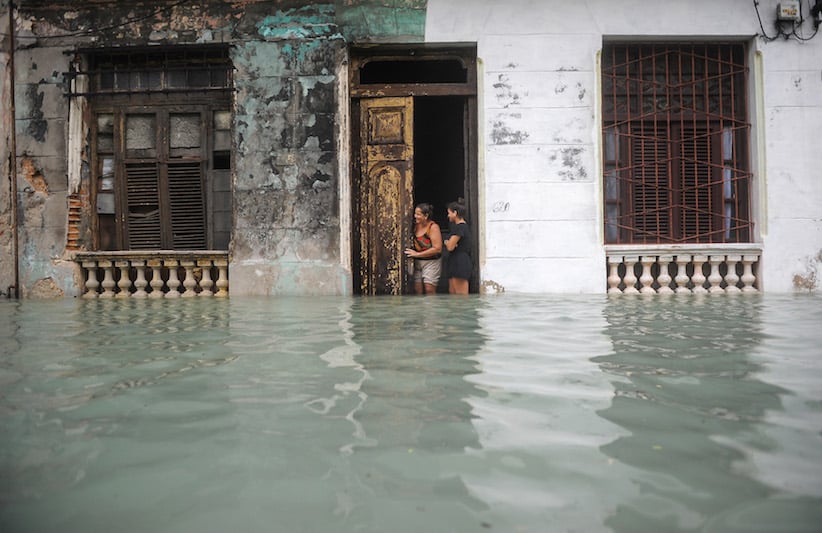 As Irma left Cuba and directed its 130 mph (215 kph) winds toward Florida, authorities on the island were warning of staggering damage to keys along the northern coast studded with all-inclusive resorts and cities, as well as farmland in central Cuba.

There were no immediate reports of deaths in Cuba _ a country that prides itself on its disaster preparedness _ but authorities were trying to restore power, clear roads and warning that people should stay off the streets of Havana because flooding could continue into Monday.

MORE ON IRMA: Hurricane Irma pummels Florida: ‘This one scares me’

Seawater penetrated as much as 1,600 feet (500 metres) inland in parts of the city. Trees toppled, roofs were torn off, cement water tanks fell from roofs to the ground and electrical lines are down.

Elena Villar and her mother spent the night huddling in the lobby of a building on higher ground as her home of 30 years filled with more than 6 feet (2 metres) of water.

“I have lost everything,” she said, on the edge of tears. Villar added: “I have never seen a disaster like this.”

Civil Defence Col. Luis Angel Macareno warned that the flooding in Havana would persist for more than 36 hours.

As Irma rolled in, Cuban soldiers went through coastal towns to force residents to evacuate, taking people to shelters at government buildings and schools _ even caves.

Video images from northern and eastern Cuba showed uprooted utility poles and signs, many downed trees and extensive damage to roofs. Witnesses said a provincial museum near the eye of the storm was in ruins. And authorities in the city of Santa Clara said 39 buildings collapsed.

The keys off the north-central coast, where the government has built dozens of resorts in recent years, were evacuated of more than 5,000 tourists.

In Caibarien, a small coastal city about 200 miles (320 kilometres) east of Havana, winds downed power lines and a neighbourhoods were under water. Many residents had stayed put, hoping to ride out the storm.

Before slamming into Cuba, Irma had caused havoc in lush Caribbean resorts such as St. Martin, St. Barts, St. Thomas, Barbuda and Anguilla, where many residents said they felt abandoned by officials.

The spokesman for France’s government, Christope Castaner, said in an interview with Europe1-CNews-Les Echos on Sunday that he “perfectly (understood) the anger” of people on the Caribbean islands.

But he defended the government response, saying emergency help was given “first priority.”

With power out to much of the French Caribbean region, France’s main electricity provider, EDF, said it has flown 140 tons of generators, pumps and other equipment to help St. Martin and St. Barts.

Many of Irma’s victims fled their battered islands on ferries and fishing boats for fear another hurricane, Jose, would destroy or drench anything Irma left untouched. But it veered to the north without doing much damage.

On the Dutch side of St. Martin, an island divided between French and Dutch control, an estimated 70 per cent of the homes were destroyed by Irma, according to the Dutch government.

Dutch Prime Minister Mark Rutte said Sunday that the death toll in his country’s territory had risen to four after the bodies of two unidentified people washed up on the island.

“Unfortunately there are more victims to mourn,” Rutte said.

The territory’s prime minister, William Marlin, said there had been evacuations covering about 1,600 tourists and efforts were being made to move 1,200 more.

Marlin said many countries and people have offered help to St. Maarten, but authorities were waiting on weather conditions to see how it could be co-ordinated. Authorities are still trying to determine the extent of damage to the island, but he said 28 police officers lost homes during the storms.

The U.S. State Department worked with the Defence Department to help more than 1,200 Americans fly out of the Dutch side of St. Martin, starting with those in need of urgent medical care, spokeswoman Heather Nauert said.

In a tweet, the Dutch navy said the security situation on St. Maarten, which saw widespread looting and robberies after Hurricane Irma, had improved thanks to patrols by marines and police flown to the island to help overwhelmed local law enforcement.