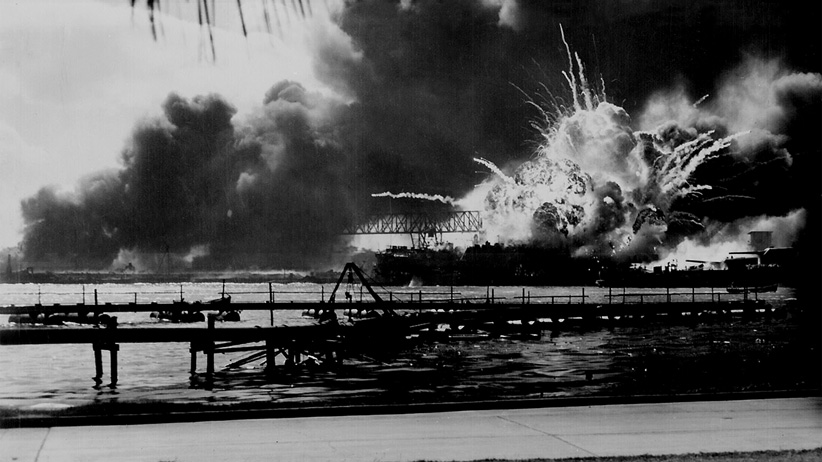 More than 70 years after the Japanese attack on Pearl Harbor, the families of hundreds of sailors and marines who were killed aboard the USS Oklahoma that was torpedoed that day may finally be identified. On Tuesday, the U.S. Department of Defense announced it would exhume the remains of nearly 400 service members from cemeteries in Hawaii, where they have lain in rest as unknowns. The effort is part of a new Pentagon policy that aims to disinter and identify most unknowns buried at the National Memorial Cemetery of the Pacific when possible.

Bob Valley, 82, of Escanaba, Mich., told Honolulu’s Star Advertiser that his family received a telegraph a couple months after the USS Oklahoma sunk on Dec. 7, 1941, that said his 19-year-old brother, Lowell, had been killed that day. “And that’s all they ever got. They didn’t want to give up, and would think he would pop up someplace,” he told the paper. After Valley got word of the decision regarding the USS Oklahoma, and the possibility that his lost brother might return home, he started making plans. “I’ve got a cemetery plot … and we’ve got a marker there,” he said. “That’s where he would go.”

Maclean’s spoke with Sarah Wagner, a professor of anthropology at the George Washington University, who researches the U.S. military’s efforts to recover and identify missing service members from conflict zones, about the significance of disinterring those who lost their lives on the USS Oklahoma.

Q: What are the challenges identifying unknown sailors?

A: There’s this assumption that science just happens. And it doesn’t. We are living in a popular culture with shows like CSI and Bones that makes it seem like these processes happen overnight, that DNA is certain and not probable. But this is still about war, and war means that bodies are often destroyed. In Bosnia, with the Srebrenica genocide, remains were commingling in mass graves. That’s also the case with the USS Oklahoma. In this case, though, they have family reference samples for 84 per cent of the remains. So they are prepared. The remains themselves, in this case, haven’t been extremely degraded say in remains in southeast Asia where the soil can really degrade the material properties of the bone, making it difficult to extract DNA.

Q: How likely is it that the service men who died on the USS Oklahoma will be identified? And what is the process that will be undertaken?

A: In this case, it’s a pretty good scenario, all things considered. There’s good historical documentation; medical and dental records. Here you can see the holistic ways that various lines of evidence will come together, DNA being one of those. This is a project that I think will be successful. And that’s very important to families, even generations far removed from the missing service members.

The disinterment policy released a few days ago by the Department of Defense is setting out a specific program for how to deal with unknowns disinterred from national cemeteries. They’ve been crafting these policies for awhile now. In the lab, there’s a standard operating procedure that deals with commingled remains.

The unknowns from the USS Oklahoma are buried in collective graves, so they will be disinterred and they will go through a process of forensic anthropological analysis in the lab; the remains will first be cleaned, and bone samples will be cut for DNA testing.

Those samples are flown to another facility at Dover Air Force base. Further examination will take place at the U.S. military’s facility at Offutt Air Force Base, and then the DNA results will come in. These lines of evidence will converge. Because they have such a large number of family reference samples (which can include swabs from inside the mouth), the forensic scientists will be able to compare these DNA sequences against the family reference samples as well as against other remains. In the end, hopefully they will be able to make a positive match. But it will take time. And there isn’t a margin for error.

Q: How have these advances in science changed the way Americans perceive war?

A: I think this really changes modes of national commemoration in that this isn’t about collectives and unknowns, it’s about individual people who who are recovered, identified, and returned. Loved ones, family members, classmates. So you have a fallen soldier come home 50 or 60 years later and there’s a celebration of homecoming. There’s a process whereby a personal narrative now assembles, if only temporarily, a community of mourners. And people can think about their own connections to that individual, his sacrifice, what his death meant. And I think that has a way of spurring reflections on national identity and belonging, different from when we go to the Arlington National Cemetery, say, and observe collectively, publicly.

Q: Are there ethical concerns around burying and reburying sailors? Are there people who worry that all of this is disrespectful to the dead?

A: In the case of the USS Oklahoma, they were first interred temporarily. Temporary cemeteries are not uncommon in war, as, for example, with the Korean War. After war, particularly when service members died on foreign soil, especially from the 1950s onward, there was an American need to repatriate. Repatriation sometimes requires disinterring remains from temporary cemeteries. How many times do we disinter and what does it mean to be in sacred space as an unknown versus marked space as a known? I’m trying to figure that out–I don’t have a good answer yet. But the question reveals a tension about where one belongs. Do you belong to a community, a family, or do you belong to a nation?

I think the military sees this as fulfilling a responsibility, showing the country how we care for our dead and that is supposed to be meaningful for the public and for current service members.

Q: What does this process of identification mean for the families? Does it provide any sense of closure?

A: I sometimes get frustrated with the word closure. But I’m also coming from the Bosnian context, where, for example, there were mothers who lost sons whose remains have been returned to them piecemeal. It has taken years before they are able to bury their sons. With the return of those remains comes a lot of information about what happened to their loved ones. They get answers, but they also have the burden of imagining the circumstances of death, the last moments of life. In the case of the USS Oklahoma, I think there will be families for whom the word “closure” is appropriate, the returning of one’s grandfather, who you never knew, but now you know something about. That might bring closure or it might reignite real pain and sorrow. I’m cautious about that term, and it’s important to recognize the individual, families, and communities that will be impacted.