In Gawker fight, Hogan has billionaire in his corner 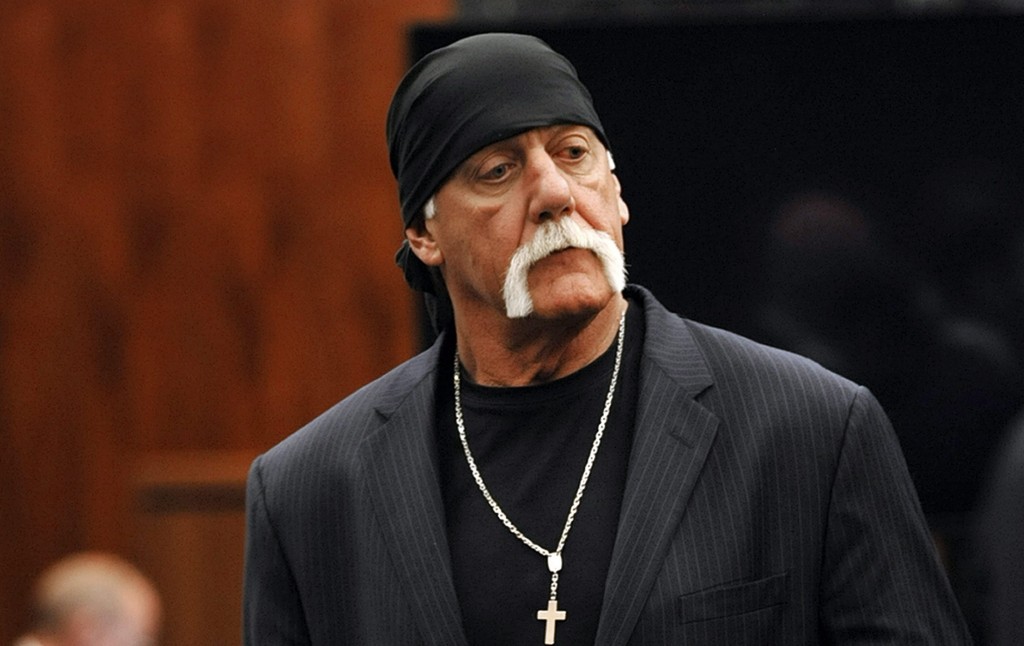 FILE – In this Wednesday, March 9. 2016, file photo, Hulk Hogan, whose given name is Terry Bollea, leaves the courtroom during a break in his trial against Gawker Media in St. Petersburg, Florida. In a lawsuit filed Monday, May 2, 2016, the former pro wrestler is suing Gawker again, saying the website leaked sealed court documents to the National Enquirer that quoted him making racist remarks. (AP Photo/Steve Nesius, Pool, File)

ST. PETERSBURG, Fla. – Hulk Hogan’s courtroom cage match with Gawker has apparently been bankrolled by a high-tech billionaire with a grudge against the news-and-gossip site.

Thiel, who co-founded PayPal and was an early investor in Facebook, was outed as gay by a Gawker-owned website in 2007, and the Gawker empire has run a number of stories skewering Facebook.

The article about him and other articles about his friends that he said “ruined people’s lives for no reason” spurred Thiel to help fund “victims” of Gawker, he told The New York Times.

“It’s less about revenge and more about specific deterrence,” he told the newspaper Wednesday. “I saw Gawker pioneer a unique and incredibly damaging way of getting attention by bullying people even when there was no connection with the public interest.”

In the interview, Thiel also said Hogan’s lawsuit is one of several against Gawker he has financially backed.

Legal experts say there is nothing illegal – or even unethical – about someone financing a lawsuit. There are entire companies that invest in contingency claims, usually in product liability, personal injury, patent infringement and copyright cases. It is called “litigation financing.”

But a billionaire doing it out of what may be spite? That’s a little different, experts say.

“As much as this is not at all illegal or unethical, it just smells and feels wrong,” said Scott Greenfield, a New York lawyer who is managing editor of Fault Lines, an online legal magazine. “When a rich guy can basically afford to bring down a media outlet, that has horrible social ramifications, even if the particular outfit is one that everybody hates, like Gawker.”

On Wednesday, Hogan and Gawker were back in a Florida court, where Judge Pamela Campbell denied Gawker’s request for a new trial and refused to reduce the damages. Gawker vows to take the case to an appeals court.

Thiel, whose net worth is estimated by Forbes at $2.7 billion, didn’t immediately respond to interview requests made through email or on the voicemail of a mobile phone number he previously provided to an Associated Press reporter.

Hogan’s lawyers wouldn’t comment on the Thiel story but praised the judge for denying a new trial and accused Gawker of refusing to accept responsibility for “their reprehensible behaviour and method of doing what they call journalism.”

Gawker reacted to the reports by saying: “There are very serious questions about whether Hulk Hogan financially benefited, and this case is far from over.”

Thiel has never hidden his contempt for Valleywag, a gossip site that Gawker periodically ran during the past decade to expose the secrets of Silicon Valley moguls, sometimes in salacious fashion.

In a 2009 interview, Thiel called Valleywag “the Silicon Valley equivalent of al-Qaida” and said it relies on people who “should be described as terrorists, not as writers or reporters.”

The attack spurred speculation that Thiel was still angry about a Valleywag report two years earlier about his sexuality. Others believe Thiel may have been far more upset about Valleywag’s stories mocking Facebook founder Mark Zuckerberg and questioning the social network’s value before it went public in 2012.

Those derogatory stories could have eroded the fortune Thiel was building in Facebook, where he remains a board member.

During Wednesday’s court proceedings, Gawker’s attorneys asked the judge to allow them to seek evidence from the other side regarding Thiel’s supposed involvement. But the judge said no.

Hogan sued Gawker after it posted a 2007 video of him having sex with the wife of his best friend, Tampa radio personality Bubba The Love Sponge Clem. Hogan said Clem betrayed him by secretly videotaping him.

Gawker is counting on the verdict to be overturned on appeal and has not said whether it can afford the full $140 million. During the trial, Gawker’s parent company, a collection of websites called Gawker Media, was estimated to be worth $83 million.

In legal circles, attorney James Sammataro of Miami said people speculated how Hogan could afford such a large “dream team” of lawyers.

Said Miami attorney Richard Wolfe: “It sounds to me that Hulk Hogan made a smart deal by getting the right guy to finance his lawsuit.”