In medical mystery, caregiver of Zika patient gets virus

CDC: 'The new case in Utah is a surprise, showing that we still have more to learn about Zika' 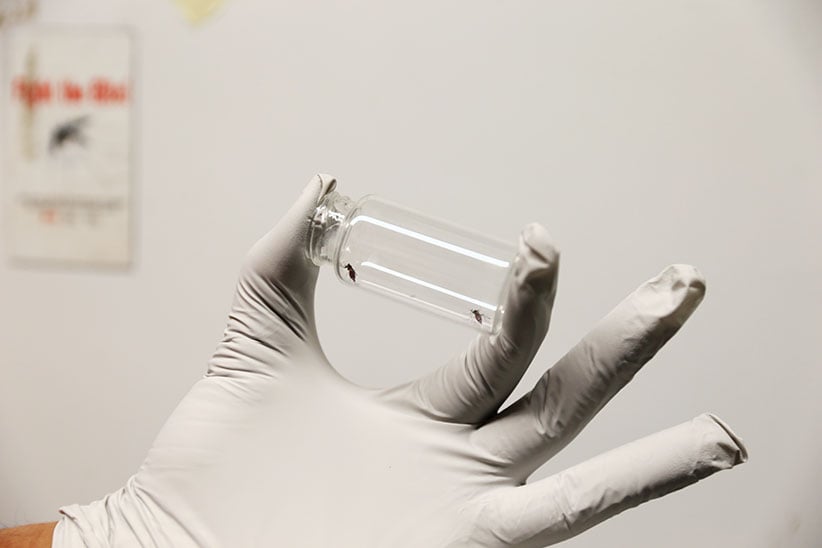 Studying mosquitoes in the Insectary at Brock University. (Photograph by Kayla Chobotiuk)

SALT LAKE CITY — A person who cared for a Zika-infected relative in Utah also got the virus, but exactly how it was transmitted is a medical mystery, health officials announced Monday.

The tropical mosquito that mainly spreads Zika isn’t found in the high-altitude area with cold winters where the two lived, Salt Lake County Health Department officials said. They didn’t have sexual contact, which is how the virus is typically spread between adults when there’s no mosquito bite or mother-to-child transmission.

“The new case in Utah is a surprise, showing that we still have more to learn about Zika,” Centers for Disease Control and Prevention medical epidemiologist Erin Staples said.

The caregiver has fully recovered, but authorities did not give further details. The person cared for an elderly man who contracted the disease overseas where mosquitoes are known to spread Zika and who became the first Zika-infected person to die in the continental U.S.

The caregiver did not travel to an affected area, but it’s possible that a mosquito came back with the relative, perhaps in a suitcase, CDC Director Tom Frieden said.

The man who died in late June had an unusually high level of the virus in his blood, more than 100,000 times higher than other samples of infected people. Health workers are testing others who had contact with him, and officials are trapping mosquitoes in Utah to test them.

The new case was discovered after a doctor noticed the caregiver’s Zika-like symptoms, which include rash, fever and pink eye, officials said. The relative had cared for the elderly man both at home and in the hospital.

It was unclear exactly how the older man died because of his age and another health condition he suffered, according to the CDC. The agency did not immediately revise its advice to health care workers or caregivers after the new case emerged.

“Based on what we know so far about this case, there is no evidence that there is any risk of Zika virus transmission among the general public in Utah,” said Dr. Angela Dunn, deputy state epidemiologist at the Utah Department of Health.

There’s no evidence yet that the Zika infection in this case is an unusual mutation, but researchers are exploring that possibility through genomic analysis.

The virus causes only a mild illness in most people. But during recent outbreaks in Latin America, scientists discovered that infection during pregnancy has led to severe brain-related birth defects.

No cases of mosquito-spread Zika have been reported in the continental United States, according to the CDC. Health experts think mosquito transmission probably will occur in the U.S., but the expectation is that it will be in low-elevation, sweltering places where the insect has been a steady problem — such as southern Florida or southern Texas.

More than 1,300 Zika illnesses have been reported in the 50 states and the District of Columbia, including eight in Utah, according to health officials. Almost all were people who had travelled to Zika outbreak countries and caught the virus there.

But 14 were people who had not travelled to Zika zones but had sex with someone who had.

The CDC has also been tracking pregnant women infected with Zika, and says they have five reports of pregnancy losses because of miscarriage, stillbirth or abortion.