In Switzerland, a gold rush to arms 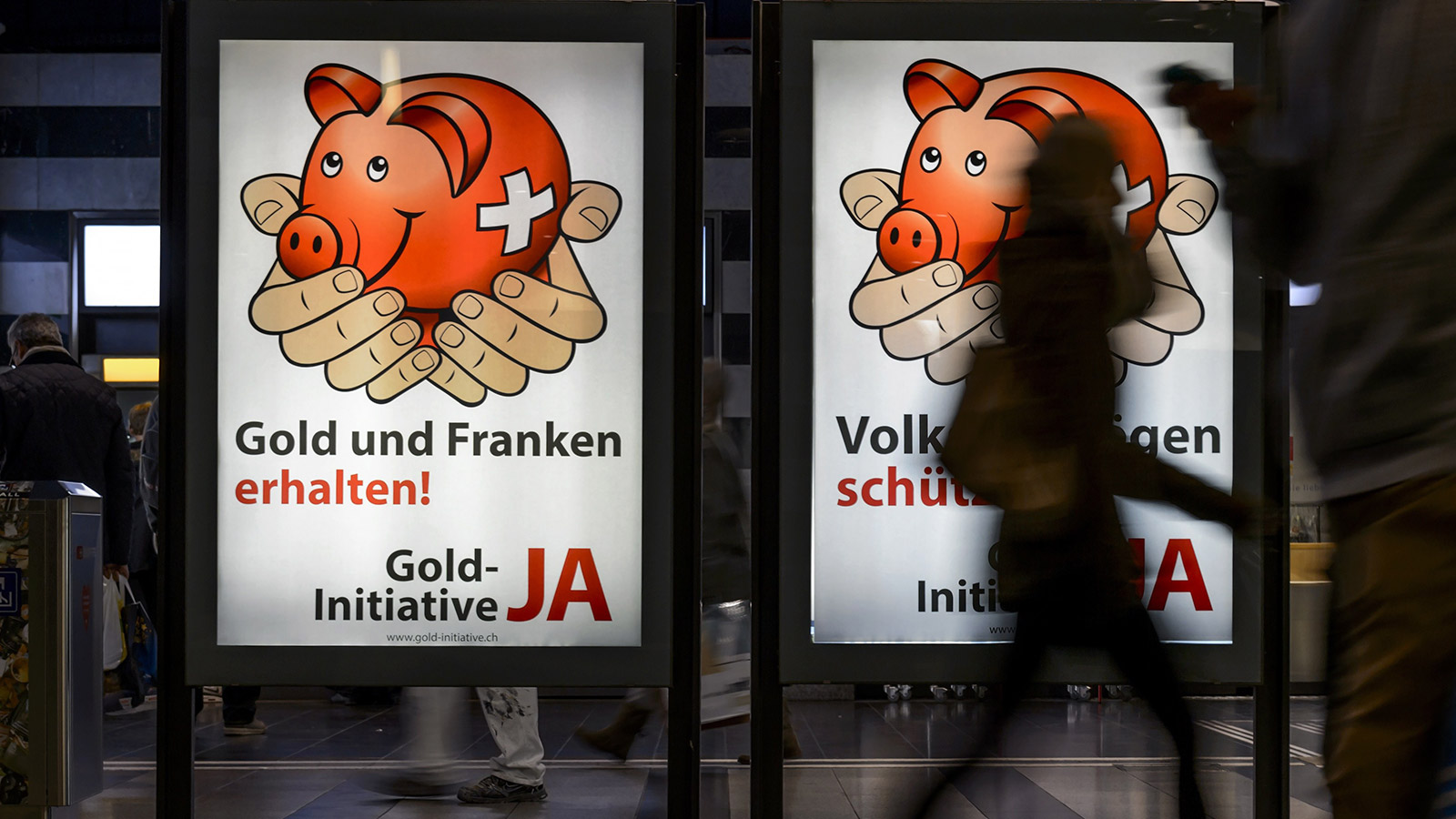 The Swiss, it seems, have referendums for just about everything: gun control, the deportation of criminal foreigners—even a ban on construction of new minarets. On Nov. 30, they’ll hold a referendum on Swiss gold that could affect global gold markets and have wide-ranging consequences for the nation’s economy.

In Switzerland, a country of eight million, any citizen or group that gathers at least 100,000 signatures over 18 months can force a federal referendum on popular initiatives. The Swiss People’s Party (SVP) did just that in 2011 when it launched its “Save our Swiss gold” initiative. The right-wing nationalist party, led by Toni Brunner, a dashing, 40-year-old farmer, rose dramatically on the Swiss political scene in the late 1990s with its nationalistic and anti-immigration “eurosceptic” outlook. While the country is ruled by a coalition, SVP holds more seats than any other single party in Switzerland’s Federal Assembly.

The SVP, saying it wants to preserve national sovereignty, is calling for the Swiss National Bank to increase its gold reserves to at least 20 per cent of assets, ship home all physical gold held overseas, and cease selling gold. (The Swiss bank has been selling gold to buy euros in an effort to tamp down the soaring value of Swiss currency.) While the SNB holds 70 per cent of its gold in the country, 20 per cent is held outside by the Bank of England and 10 per cent by the Bank of Canada.

The referendum is sowing dissension between Switzerland and the European Union, which fears that the proposed changes to Switzerland’s gold policy could have wide-ranging, destabilizing effects, such as higher currency risks, across Europe. It is not the only irritant, says Kurt Hübner, an economics professor at the University of British Columbia, whose research focuses on European currency and integration. In February, the Swiss voted 50.3 per cent in favour of an SVP referendum calling for limits on immigration from EU countries. An SVP campaign supporting the referendum complained that immigrants were stealing Swiss jobs and destroying the nation’s identity.

A recent poll indicates Swiss citizens are cooling to SVP’s gold plan, which would require the Swiss National Bank to buy some 1.2 tonnes of gold per day for five years to reach the minimum reserve limit—a move that would likely drive up bullion prices worldwide.

Hübner says the SVP, like other populist parties in Europe, has used flawed “Economics 101” thinking to try to convince the Swiss population that bolstering gold reserves and restricting the SNB’s autonomy will give the country a security blanket in troubled times. But, if the referendum passes, says Hübner, it could trigger inflation and other economic problems.

Despite the polls, no one is ruling out a possible “yes” vote. The SVP, says Hübner, “is politically representing a scare or fear on the side of a very strong minority—and sometimes majority—of Swiss citizens who feel they are a small nation-state that is overrun and is no longer able to be responsible for its own fate.”