Fear of the unknown: Trying to unlock the mystery of Boko Haram 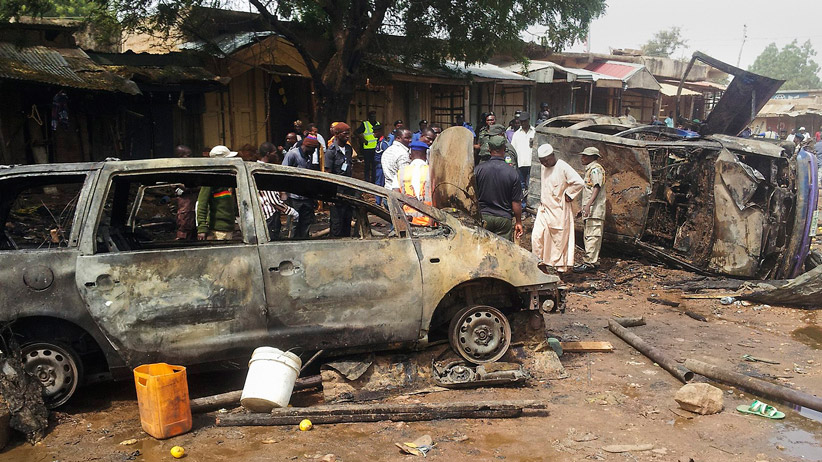 For five years, people in northeastern Nigeria have lived in fear of Boko Haram, the Islamist group whose name is synonymous with horror and mayhem. In January, the nightmare came true for residents of the town of Baga. Boko Haram fighters descended on Baga on Jan. 3, seizing a multinational military base and turning their wrath onto civilians. For four days, they shot people at random, fired rocket-propelled grenades and set fire to everything in sight.

The United Nations says 13,000 people escaped into neighbouring Chad. Satellite photos show Baga and nearby Doron Baga obliterated; an estimated 3,720 structures were damaged or destroyed. Some reports put the death toll as high as 2,000, which, if confirmed, would make this Boko Haram’s deadliest attack ever. “We believe hundreds of civilians were killed. We haven’t given a precise figure. There’s no one to count or even bury the dead,” says Daniel Eyre, Nigeria researcher at Amnesty International.

Nigeria’s government and military, widely supported in the Christian-dominated south of the country, have tried to repress information about the territory of which they have lost control in the majority-Muslim north. National elections are looming on Feb. 14. Making matters worse, Boko Haram has reportedly been disabling cellphone towers. “Baga is very remote, and getting reports about what’s going on there has been challenging, even for local media,” says Yinka Ibukun, a Nigerian freelance journalist based in Lagos.

Everyone in Boko Haram’s path, it seems, is in danger. Canadian biology professor Jessica Boyd knows that all too well. She teaches at the American University of Nigeria, in the northeastern city of Yola. In the fall, Boko Haram attacked towns all over Adamawa state, where Yola is located. The university broke for winter holidays early when the group got too close for comfort. “It was difficult for students and faculty to concentrate with Boko Haram 100 km away,” Boyd says.

The atmosphere in the greater Yola area, a community of 400,000, grows more tense by the day. Gone are Yola’s ubiquitous motorcycle taxis. They were banned in the state after Boko Haram used them for suicide bombings. Boyd used to pass one police checkpoint on her way to work. Now there are four, staffed by heavily armed soldiers. The school community has been collecting clothes and food for the thousands of displaced people pouring into the city.

A strict curfew has put an end to the students’ late-night parties. Boyd says enrolment has declined from about 1,200 to 800 since she started working at the university in 2011. Those who remain are going a little stir-crazy. “We don’t take the students for field trips anymore,” Boyd says. “They all live in dorms. We try to have activities for them so they don’t have to leave. A lot of them never leave the campus.”

Amid the confusion, rumours are rife. “Everybody is afraid of Boko Haram, but everybody has a different opinion about whether they will come to Yola,” Boyd says. The encroaching conflict presents a horrible dilemma for her and other expatriate faculty. Some have chosen not to renew their contracts. “I have a commitment to the students. I’m the chair of the department. I have a commitment to the faculty under me,” Boyd says. “I’m scheduled to teach three classes [this term]. But things can change quickly.”

Boko Haram’s agenda isn’t always clear. According to International Crisis Group, Boko Haram followers believe “corrupt, false Muslims” control northeastern Nigeria. Despite their talk of establishing an Islamic caliphate, the group kills indiscriminately, Eyre says. “They’re not just targeting Christians. This is really about whether you support Boko Haram or not. If they perceive you as loyal to the government, you’re breaking their religious beliefs and you’re an enemy.”

The group is well-armed, inviting wild speculation locally about who is supporting them. One theory says they’re mercenaries, paid to disrupt elections in the north, while many southern Nigerians claim they’re not really Islamists but “just a bunch of bums,” jealous of the south’s prosperity, Boyd says.

Boko Haram is equally mysterious to many native residents of Yola, where the half-Christian, half-Muslim population has gotten along relatively peaceably for decades, Boyd says. “I’ve never heard anybody say any nasty things about the other religion. They intermarry. They’re neighbours. But they don’t see Boko Haram as their neighbours.”