In the shadow of Rwanda 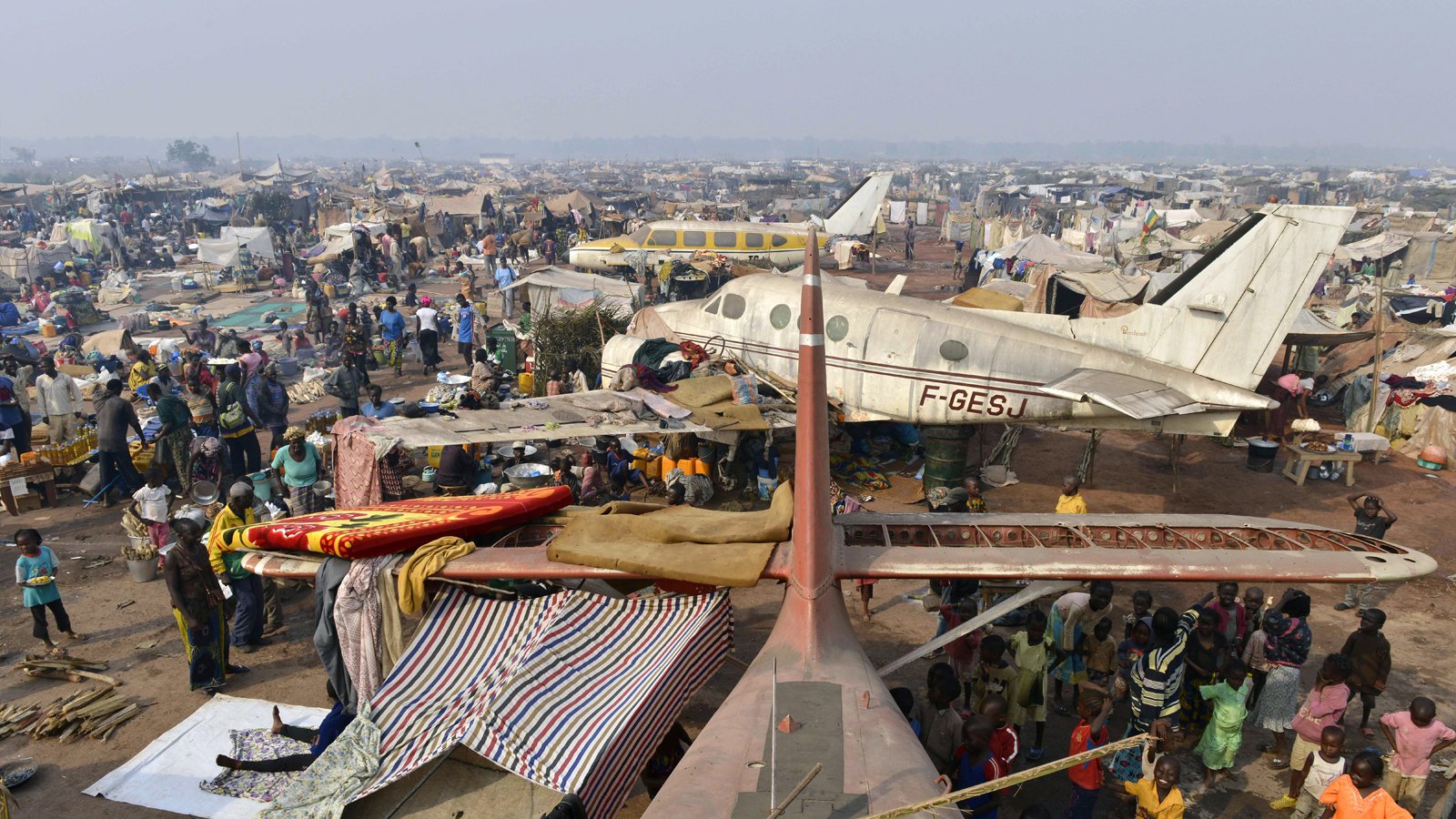 Early on the morning of Feb. 1, fighters with a militia known as “anti-Balaka” descended on the town of Guen in the Central African Republic and killed at least 27 Muslims—mostly women, children and the elderly—with guns and machetes. One survivor tried to flee with his 10-year-old son, Oumarou Bouba. “He was shot in the right leg and he fell down, but they finished him off with a machete,” the father told Lewis Mudge, a researcher with Human Rights Watch. “I had no choice but to run on.”

Four days later, the mostly Christian anti-Balaka fighters returned and set upon a compound where many of the survivors had sought protection. They pulled out approximately 45 Muslim men and boys and forced them to lie on the ground, then shot and hacked them to death. Those who escaped the attack fled to the nearby village of Djomo, where they gathered at the local Catholic church. Djomo’s imam, Abdoulaye Liman, hid among them. Anti-Balaka fighters came for him last month. Liman, said to be more than 100 years old, was shot through the side, and a machete was used to split his head and cut his throat.

These massacres are among countless that have torn apart one of the world’s poorest countries—killing thousands, displacing more than a million, and perhaps irrevocably dividing Muslims and Christians who had lived together in relative harmony. And now, after a year of sectarian slaughter that the few international troops in the C.A.R. have been unable to quell, the United Nations Security Council has authorized a peacekeeping mission of 10,000 soldiers and 1,800 police to “take all necessary means” to protect civilians and restore security.

The mission, which won’t be operational until September, will be a difficult one. The peacekeepers are also tasked with: facilitating the delivery of humanitarian aid; helping to prepare for elections; and supporting efforts to build a national justice system, and bring justice to alleged war criminals. It is, in other words, a massive and complex operation, involving both nation-building and possibly combat in a country roughly the size of France, with almost no functioning security services, such as courts and police.

Already the violence has overwhelmed the 6,000 African Union troops and 2,000 French soldiers in the C.A.R. They are able to protect some Muslim enclaves, especially in the capital, Bangui, but much of the countryside is beyond their reach.

Hanging over the mission is the dark shadow of Rwanda in 1994—when UN peacekeepers were unable to stop the slaughter of some 800,000 civilians in three bloody months. Atrocities in the C.A.R. are not yet occurring on such a scale, and the planned UN mission is more robust. But the fear of genocide is real. Much of the mission’s success will depend on the quality of the troops deployed. Canada, like the C.A.R. a francophone country, and one that has recently completed a long military mission in Afghanistan, would be a welcome troop contributor. It has not given any indication that it is willing to fill this role.

The C.A.R.’s current crisis began in March 2013, when a mostly Muslim rebel alliance known as Seleka toppled then-president François Bozizé and installed Michel Djotodia as leader. The Seleka engaged in widespread murder, mainly of Christians, and destruction of homes. French forces began disarming them late last year, and Djotodia stepped down in January as part of a regional peace process.

With the Seleka weakened, anti-Balaka fighters went on a rampage, attacking Muslim villages, as well as convoys of Muslims fleeing for safer areas elsewhere in the country or beyond its borders. Muslims are now besieged in certain neighbourhoods of the capital, and in the town of Boda in the southwest. More than 50,000 are living in a makeshift camp at the airport. “Muslims have pretty much left the west [of the C.A.R.],” says Mudge. “The anti-Balaka are evolving into bands of thugs and murderers who are using a loose political pretext to kill and exact revenge. They are not purporting a Christian ideology. These are young, armed men who have got the taste for power.”

Paul Melly, an associate fellow at Chatham House, says neither the Seleka nor the anti-Balaka have broad civilian support. “Even so, the things that have been going on have been so motivated by religious identity issues that it’s going to be very hard to establish a basic level of understanding and security between the communities.”

“The thing about ethnic or religious-based violence, or violence that is dressed up in ethnic or religious clothing, is it’s infectious,” adds John Campbell, a senior fellow at the Council on Foreign Relations. “It can exacerbate ethnic and religious differences with which people have lived for years without any problems.” At the moment, however, even the prospect of reconciliation is remote. “You need two groups to have reconciliation,” notes Mudge, and Muslims are currently preoccupied with fleeing for their lives.

It’s a conflict in a country with which Canada has few ties. And it’s unlikely that participation in a dangerous peacekeeping mission would be broadly popular with the Canadian public. Nevertheless, according to Naomi Kikoler, director of policy and advocacy at the Global Centre for the Responsibility to Protect, Canadian forces have skills that would be highly valued in the C.A.R., and Canada has a moral obligation not to ignore the suffering there.

“Today, one would have hoped that a lesson from Rwanda would be that, when there are dire threats to civilians, when they’re facing the risk of mass atrocity crimes, that we are willing to send our peacekeepers there, and that our commitment to this notion of ‘never again’ is not a rhetorical commitment,” she says. “Fulfilling the commitment to never again, and the responsibility to protect, means actually being willing, at difficult times, to put your own troops’ lives potentially on the line.”