With his words, Raihan Abir honours his slain Bangladeshi colleagues

His colleagues were hacked to death in Bangladesh. He's endured death threats. And yet Raihan Abir carries on his website's work, in Canada. 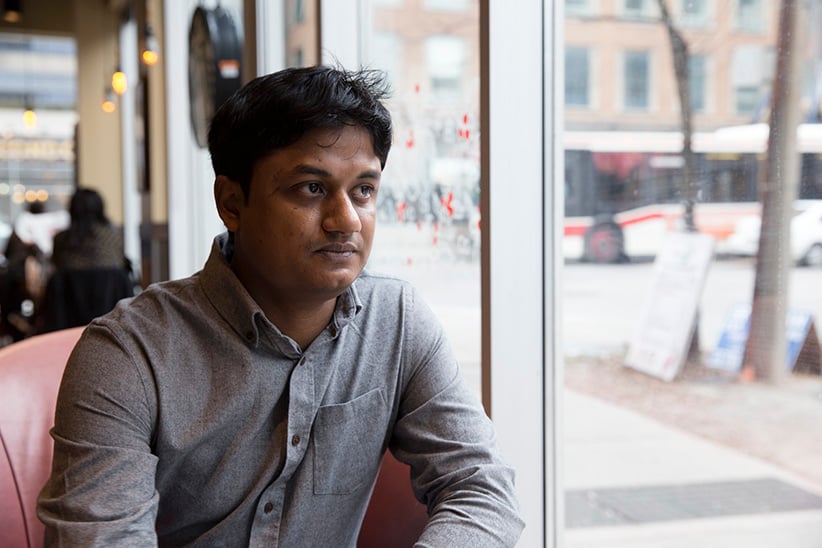 Raihan Abir escaped a wave of murderous attacks on secular and atheist writers by Islamist extremists in Bangladesh and found refuge in Canada. But he is still threatened with death.

In September, the Islamist group Ansarullah Bangla Team published a hit list online of some 20 secular Bangladeshi writers and activists living abroad. “Let Bangladesh revoke the citizenship of these enemies of Islam,” read an accompanying statement. “If not, we will hunt them down in whatever part of God’s world we find them and kill them right there.”

Among those threatened was Abir, editor of Mukto-mona, a bilingual English-Bengali website and blog dedicated to freethinking and science. He has been living in Canada since June.

Abir regularly received death threats by text message and email while still in Bangladesh. “It’s not uncommon for Islamic extremists to attack writers and secular people, so I was keeping myself away from going to public meetings and rallies so people don’t track me,” he says. “I was taking these kind of precautions because we have to. But in 2015, it got out of control.”

Several of Abir’s secular friends and colleagues in Bangladesh were hacked to death last year—including Avijit Roy, who co-founded Mukto-mona with his wife, Raﬁda Bonya Ahmed, and who co-authored the book Philosophy of Disbelief with Abir.

Roy and Ahmed, visiting Bangladesh from their home in America, were set upon by a mob of machete-wielding extremists in a crowded Dhaka street in February. Roy died. Ahmed was badly wounded, losing a thumb in the attack. The two reportedly lay bleeding on the ground for an hour before they were taken to hospital.

Also murdered in 2015 were Ananta Bijoy Das, a blogger and editor of Philosophy of Disbelief; Faisal Arefin Dipan, who published it; Niloy Chatterjee, who wrote for Mukto-mona and was a university friend of Abir’s; and atheist blogger Washiqur Rahman. 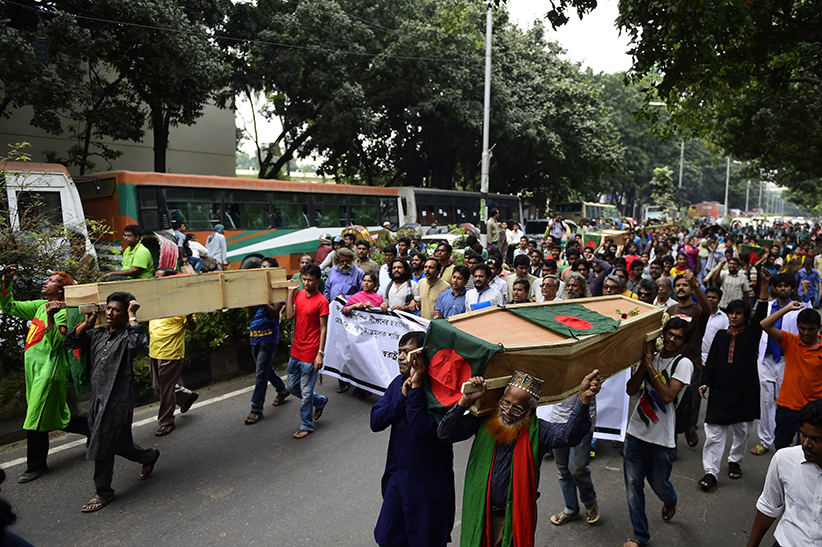 Bangladeshi activists shout slogans as they march in the street with mock coffins that symbolize the murder of secular publishers and bloggers by Islamic extremists, in Dhaka on November 5, 2015.  (Munir Uz Zaman/AFP/Getty Images.)

“I felt like it is my social responsibility. I want Bangladesh to be a secular country. It is a secular country, but it is being hacked by Islamic extremist people,” says Abir, explaining why he continued to write despite the consequential danger.

Abir came to Canada in June to attend a biomedical engineering conference and stayed, claiming asylum in September after his pregnant wife joined him. The family was given refugee status in November.

“I kept it very secret that I was in Canada, but somehow they knew,” he says, referring to the hit list that was published in September. “I can’t say 100 per cent that I am safe. But I feel safe. In Dhaka I used to wear a helmet all the time and look back while walking forward, but here I don’t do that.”

Abir says he has been visited by an officer from CSIS, Canada’s spy agency, who told him to pass on information about any threats he does receive. He has not stopped writing and continues to edit Mukto-mona from his home in Toronto. He plans to complete his Ph.D. in biomedical engineering, and will have to defend his thesis from Canada. But ultimately, he says, he’s hopeful about Bangladesh’s future.

“Because this dark side, this kind of thing, never [wins]. Maybe they do atrocities, maybe they will kill us. But they won’t be winning in the long run. So we’ll have to keep on doing what we do—keep informing people about science, about reason, about humanism.”